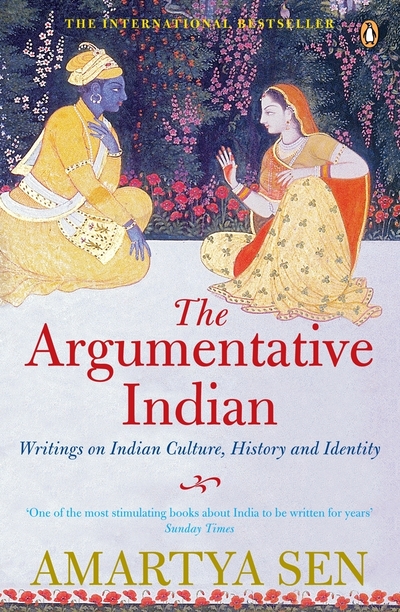 From Nobel prize-winning economist Amartya Sen, The Argumentative Indian: Writings on Indian Culture, History and Identity brings together an illuminating selection of writings on contemporary India.

India is an immensely diverse country with many distinct pursuits, vastly different convictions, widely divergent customs and a veritable feast of viewpoints.

Out of these conflicting views spring a rich tradition of skeptical argument and cultural achievement which is critically important, argues Amartya Sen, for the success of India's democracy, the defence of its secular politics, the removal of inequalities related to class, caste, gender and community, and the pursuit of sub-continental peace.

'Profound and stimulating ... the product of a great mind at the peak of its power'
William Dalrymple, Sunday Times

'One of the most influential public thinkers of our times...This is a book that needed to have been written...It would be no surprise if it were to become as defining and as influential as work as Edward Said's Orientalism'
Soumya Bhattacharya, Observer

'The winner of the 1998 Nobel prize in economics is a star in India ... he deserves the recognition ... shows that the argumentative gene is not just a part of India's make-up that can easily be wished away'
The Economist

Amartya Sen is Lamont University Professor at Harvard. He won the Nobel Prize in Economics in 1998 and was Master of Trinity College, Cambridge 1998-2004. His most recent books are The Idea of Justice, Identity and Violence and Development as Freedom. His books have been translated into thirty languages.