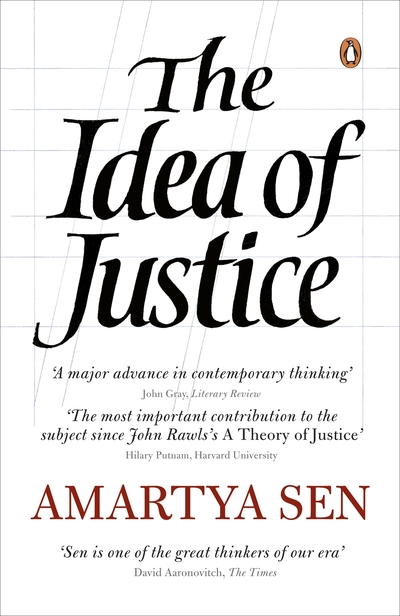 The Idea of Justice

From Nobel Prize-winning economist Amartya Sen, The Idea of Justice is a refreshing alternative approach to mainstream theories of justice.

Is justice an ideal, for ever beyond our grasp, or something that may actually guide our practical decisions and enhance our lives?

At the heart of Sen's argument is his insistence on the role of public reason in establishing what can make societies less unjust. But there are always choices to be made between alternative assessments of what is reasonable, and competing positions can each be well defended. Rather than rejecting these pluralities, we should use them to construct a theory of justice that can accommodate divergent points of view. Sen also inspiringly shows how the principles of justice in the modern world must avoid parochialism and address vital questions of global injustice.

The breadth of vision, intellectual acuity and striking humanity of one of the world's leading public intellectuals have never been more clearly shown than in this remarkable book.

'The most important contribution to the subject since John Rawls's A Theory of Justice'
Hilary Putnam, Harvard University

'Sen writes with dry wit, a feel for history and a relaxed cosmopolitanism ... a conviction that economists and philosophers are in business to improve the world burns on almost every page'
Economist

Amartya Sen is Lamont University Professor at Harvard. He won the Nobel Prize in Economics in 1998 and was Master of Trinity College, Cambridge 1998-2004. His most recent books are The Argumentative Indian, Identity and Violence and Development as Freedom. His books have been translated into thirty languages.