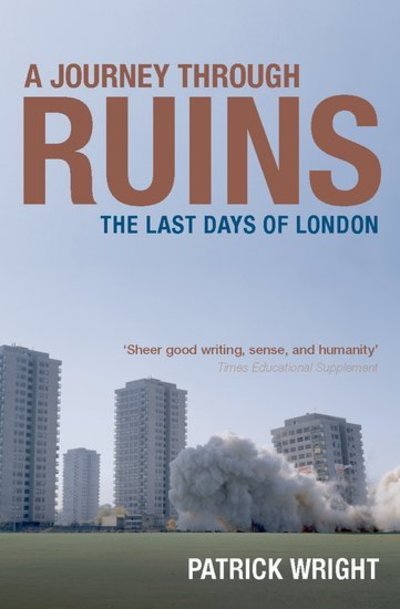 A Journey Through Ruins

A unique evocation of Britain at the height of Margaret Thatcher's rule, A Journey Through Ruins views the transformation of the country through the unexpected prism of every day life in East London. Written at a time when the looming but still unfinished tower of Canary Wharf was still wrapped in protective blue plastic, its cast of characters includes council tenants trapped in disintegrating tower blocks, depressed gentrifiers worrying about negative equity, metal detectorists, sharp-eyed estate agents and management consultants, and even Prince Charles. Cutting through the teeming surface of London, it investigates a number of wider themes: the rise and dramatic fall of council housing, the coming of privatization, the changing memory of the Second World War, once used to justify post-war urban development and reform but now seen as a sacrifice betrayed. Written half a century after the blitz, the book reviews the rise and fall of the London of the post-war settlement. It remains one of the very best accounts of what it was like to live through the Thatcher years.