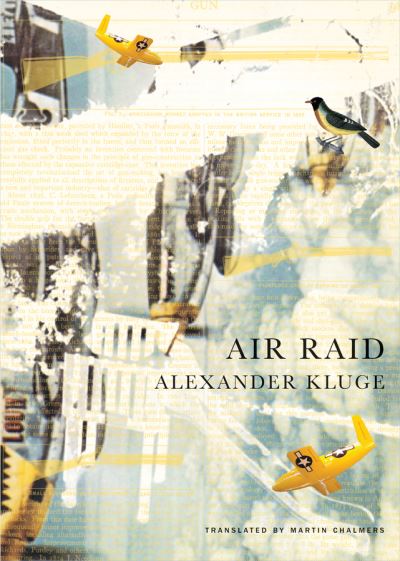 On April 8, 1945, several American bomber squadrons were informed that their German targets were temporarily unavailable due to cloud cover. As it was too late to turn back, the assembled ordnance of more than two hundred bombers was diverted to nearby Halberstadt. A midsized cathedral town of no particular industrial or strategic importance, Halberstadt was almost totally destroyed, and a then-thirteen-year-old Alexander Kluge watched his town burn to the ground. Translated by Martin Chalmers, Kluge's Air Raid is a touchstone event in German literature of the postwar era. Incorporating photographs, diagrams, and drawings, Kluge captures the overwhelming rapidity and totality of the organized destruction of his town from numerous perspectives, bringing to life both the strategy from above and the futility of the response on the ground. Originally published in German in 1977, this exquisite report, fragmentary and unfinished, is one of Kluge's most personal works and one of the best examples of his literary technique. Now available for the first time in English, Air Raid appears with additional new stories by the author and features an appreciation of the work by W. G. Sebald.