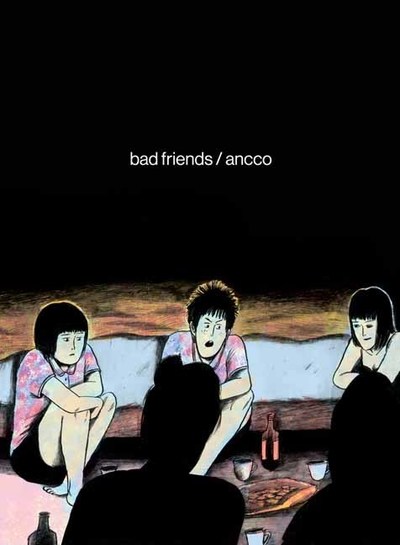 Jinju is bad. She smokes, drinks, runs away from home, and has no qualms about making her parents worry. Her mother and sister beg her to be a better student, sister, daughter; her beleaguered father expresses his concerns with his fists. Bad Friends is set in the 1990s in a South Korea torn between tradition and Western modernity and haunted by an air of generalized gloom. Cycles of abuse abound as the characters enact violence within their power structures: parents beat children, teachers beat students, older students beat younger students. But at each moment that the duress verges on bleakness, Ancco pulls back with soft moments of friendship between Jinju and her best friend, Jung-ae. What unfolds is a story of female friendship, a Ferrante-esque connection formed through youthful excess, malaise, and struggle that stays with the young women into adulthood. Served by a dry and precise line, Bad Friends viscerally captures the adolescent years of two young women who want and know they deserve something different but, ultimately, are unable to follow through. In a culture where young women are at a systemic disadvantage, Ancco creates a testimonial to female friendship as a powerful tool for survival. Jinju forgets her worst adolescent memories, but she cannot ever shake the memory of her friendship with Jung-ae during her most tumultuous years.