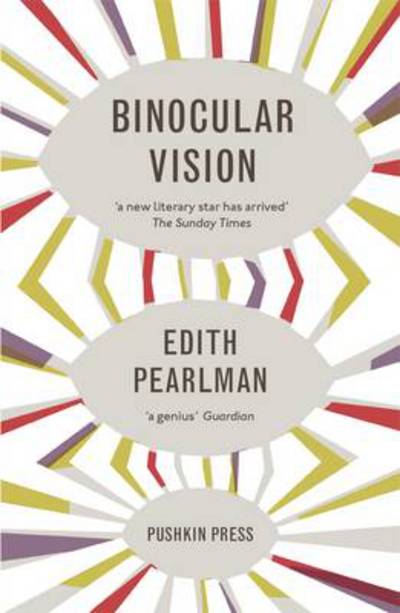 Edith Pearlman's Binocular Vision are the collected stories of an award-winning author who has been compared to Alice Munro, John Updike and even Chekhov Tenderly, observantly, incisively, Edith Pearlman captures life on the page like few other writers. She is a master of the short story, and this is a spectacular collection. 'Edith Pearlman is the best short story writer in the world. A lot of people know that. More will' Susan Hill, The Times 'This book is a spectacular literary revelation... With Binocular Vision a new fictional planet, richly populated and suffused with warm lucidity, comes into view.' Peter Kemp, The Sunday Times 'Gold medal class ... seems beyond compare ... The traditional literary system has worked, though grievously slowly, in giving a genius of the short story her due. ' Mark Lawson, Guardian '[Pearlman's stories are] meticulously made, miraculously precise, and so fully populated that you marvel one mind could invent so many distinct human beings from scratch. ' Sam Leith, Financial Times 'An unsung master.' Megan Walsh, The Times '[These stories are] pearls that encapsulate resonant moments... Make up for lost time now and catch up with Pearlman.' Ben Felsenburg, Metro 'Pearlman writes about the predicaments odd, wry, funny and painful of being human . . . [Her] view of the world is large and compassionate, delivered through small, beautifully precise moments. Her characters inhabit terrain that all of us recognize, one defined by anxieties and longing, love and grief, loss and exultation. These quiet, elegant stories add something significant to the literary landscape.' - The New York Times 'The surprise literary hit of the year to date... The complexity and mess of human lives, beautifully rendered in (often funny) tales.' - Lionel BarberFinancial Times 'The equal of Updike or Munro... This book will make your summer shine.' - Boyd TonkinIndependent 'These are stories to linger over.' - Daily Mail Edith Pearlman, born in 1936, published her debut collection of stories in 1996, at age 60. In 2011, she won The National Book Critics Circle Award for Fiction for Binocular Vision. She has published over 250 works of short fiction in magazines, literary journals, anthologies and online publications. Her work has won three O. Henry Prizes, the Drue Heinz Prize for Literature, and a Mary McCarthy Prize, among others. In 2011, Pearlman was also the recipient of the PEN/Malamud Award, which puts her in the ranks of luminaries like John Updike and Joyce Carol Oates. Her fans include T.C. Boyle, Ann Patchett and Chris Adrian