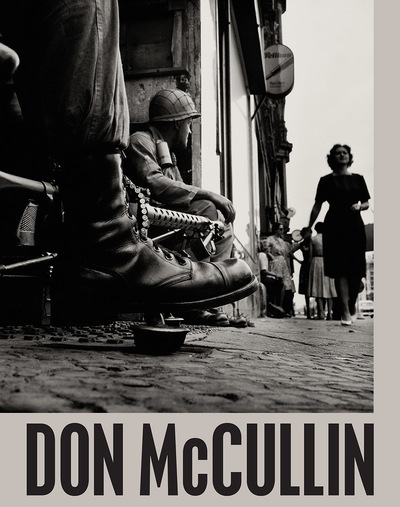 A native Londoner, McCullin (b.1935) began to take photographs in the 1950s documenting his surroundings and local community, including the gangs in his local area. In 1958 his photograph The Guvnors, a portrait of a notorious Finsbury Park gang who were involved in the murder of a police officer was published in the Observer, launching his career as a photojournalist. He went onto become one of the best known war correspondents in the country. McCullin is best known as a photojournalist and war correspondent, recognised for his iconic images taken on assignment in Vietnam, Cyprus, Lebanon, and Biafra. However he also has consistently engaged with social documentary practice in Britain, repeatedly visiting cities such as Bradford and Liverpool, and London's East End, documenting the poverty experienced throughout the country. McCullin also has a long an ongoing engagement with landscape photography both in Somerset and Scotland and more specific ongoing projects such as `Southern Frontiers' documenting the physical remains of the Roman Empire in the north African landscape over the long term. This book will celebrate the breadth of McCullin's practice over the decades. Also illustrated will be colour material taken while on assignment for the Sunday Times magazine which has rarely been seen or published. Ephemeral material including original magazines, contact sheets and photographic equipment will also be featured.