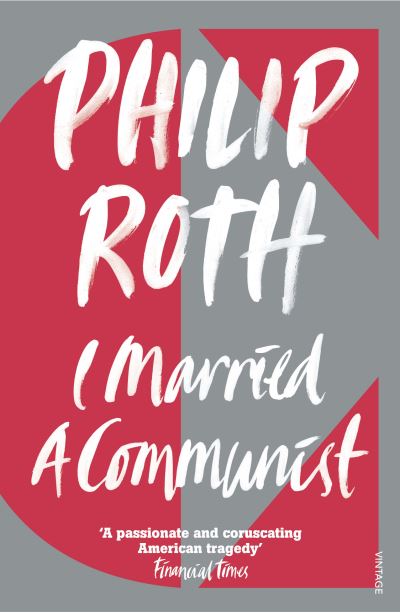 I Married a Communist

The Pulitzer Prize-winning writer Philip Roth turns his gaze on 30s and 40s America in this magnificent successor to American Pastoral.

Ira Ringold is an American roughneck who transforms himself from a ditch-digger in 1930s New Jersey, to a radio hotshot in the 1940s. In his heyday as a star - and as a bullying supporter of 'progressive' political causes - Ira marries Hollywood's leading lady, Eve Frame. Their glamorous honeymoon is short-lived, however, and it is the publication of Eve's scandalous bestselling expose that identifies Ira as 'an American taking his orders from Moscow'. In this story of cruelty, betrayal, and revenge friends become deadly enemies, parents and children estranged, lovers blacklisted and the great felled from vertiginous heights.

'Knotted with energy, barely wasting a scene or word in its cracking velocity' Mail on Sunday