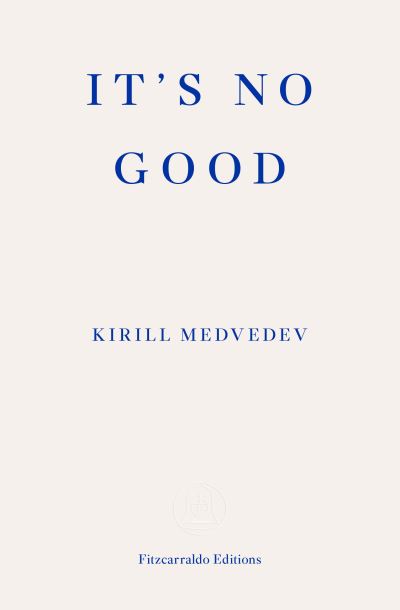 Before retiring from the literary world and relinquishing all copyright to his work in 2003, Kirill Medvedev had published two collections of poetry with a traditional publishing house. His poems are autobiographical free verse, unusual in Russia, and were dismissed by some critics as not really poetry. Medvedev's poetry - casual, often explicitly political, irreverent - fiercely diagnose the banality and disease of Putin-era Russia. Edited and introduced by n+1 co-founder Keith Gessen, It's No Good includes selected poems from Kirill Medvedev's books of poetry and subsequent online publications, as well as his most significant essays: 'My Fascism' (on the failure of post-Soviet Russian liberalism, politically and culturally); 'Literature Will Be Tested' (on the attractions and dangers of the 'new sincerity' in Russian letters); 'Dmitry Kuzmin: An Essay-Memoir' (a detailed memoir and analysis of the work of the 1990s Moscow poet, publisher, and impresario Kuzmin, and what his activity represents). As always, they are published without the author's permission.