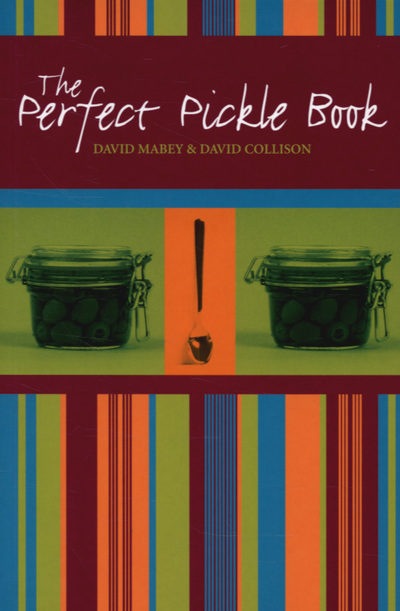 This original edition of this book started life in 1988 as an accompaniment to the six-part BBC2 TV series The Perfect Pickle Programme, which has subsequently been seen worldwide in countries as far apart as Slovenia and Japan. It went on to appear in three editions. What has happened since then has been little short of a revolution. Delicatessen and farm shop shelves are crammed with pickles, as well as salsas, vinegars, pastes and chutneys; these spiced-up specialities are all the rage and have become the in-vogue accompaniments of the moment. It's easy to understand their attraction: they are assertive and potent, but can also be subtle; sometimes they assault the palate, sometimes they tease with their piquancy. Cooks at home know that they can add a buzz to quite ordinary food. Fresh produce has always been at the heart of good pickling, and home-grown is best of all. Increasing numbers of allotment holders are subscribing to the notion of 'plant it, pick it and pickle it', precisely because it makes economic as well as culinary sense. Farmers' markets, which are spreading throughout the country at an astonishing rate (there are now over 500), are also a fruitful and profitable prospect for small-scale pickle and chutney makers, who are able to sell their wares without having to negotiate needless 'food miles'. And we mustn't forget those staunch and valiant members of the Women's Institutes, who continue to fly the flag for all things honest and homemade. Hopeful signs, indeed. But it isn't simply fashion: the number of city restaurants and country pubs now offering home-pickled red cabbage, pickled walnuts and piccalilli (which can be served with anything from deep-fried goats' cheese or ham hock terrine to seared scallops) is astonishing. Cooks and chefs of an older generation have also discovered a new passion for domestic industry (what the nineteenth-century radical William Cobbett dubbed 'cottage economy'): in the early days it was enough to bake your own bread, now full-scale home production is what counts. Legions of enthusiasts are bringing it all back home and they also understand how to succeed in business. The world really is our larder and pickles are back where they belong on the front row. Here is a completely revised and updated edition of this popular and much in demand handbook with recipes not just for fruit and vegetable pickles but for pickled meats and fish.