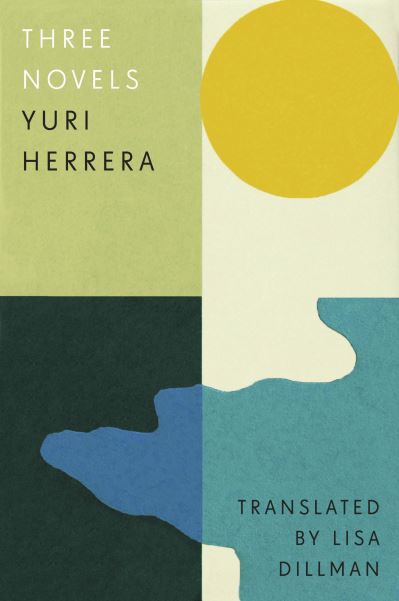 This collectible edition gathers in one beautifully crafted volume the three novels that have made Yuri Herrera’s reputation as one of the best and most revolutionary writers of the new millennium, adding a new preface from the author as well as notes from his Best Translated Book Award-winning translator Lisa Dillman.

The Mexico we hear about in the news—with its vicious drug cartels, desperate migrants, and senseless violence—could only ever be one small part of the story. Hailing from a place beyond the stereotypes, behind the hardships of daily life, Yuri Herrera’s characters are castaways from the realms of myth, the epic, the fairy tale. There is the singer Lobo in Kingdom Cons, who loves a drug lord’s daughter; Makina, who crosses borders to find her brother in Signs Preceding the End of the World; and the Redeemer, a hard-boiled hero looking to broker peace between feuding families during a pandemic in The Transmigration of Bodies.