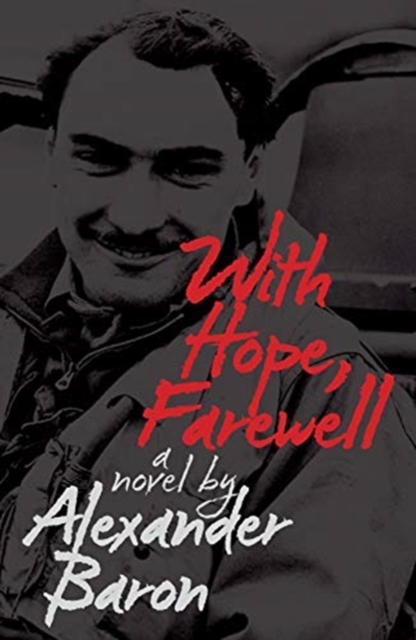 With Hope, Farewell was Alexander Baron's first novel to explore Jewish working class life in fiction, and predated his The Lowlife, being published first in 1952.

Mark Strong endures petty anti-Semitism but achieves his wartime ambition to become a fighter pilot. After the war, blighted by injury and a desolation brought on by conflict, Mark and his wife, Ruth, seek to set up home in Hackney. ‘The bombing of the East End during the war had sent thousands of homeless Jews outwards in wave after wave,’ Baron asserts in this novel. ‘They had penetrated to every corner of Hackney.’ They face organised anti-Semitism, and the climax of the novel comes amid a rally in Dalston by British Nazis, still not cowed by their co-thinkers’ war defeat.