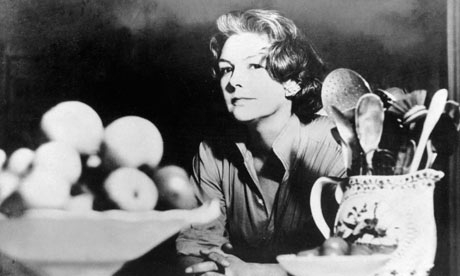 For as long as I can remember, there has been a battered old Penguin paperback of English Bread and Yeast Cookery by Elizabeth David that lives on the counter in my mum’s kitchen. It’s often accompanied by a similarly well-thumbed Italian Food. That neither finds their way back to a bookshelf very often is testament to their enduring usefulness.

Being an over-indulged product of the late twentieth century, I find it virtually impossible to imagine the world that produced Elizabeth David; but my mum, if you give her half the chance, will tell you at great length just how awful it was - most particularly, how awful the food was. Rationing may have just about been over, but its influence was still felt; everything was dull and plain and tasteless. Garlic was something one might, perhaps, rub lightly round the salad bowl before making the dressing, but that was all, thank you very much.

David spent her twenties leading the kind of politely swashbuckling existence that was probably only possible for an upper-class Brit abroad in the mid-twentieth century - internment for spying in Italy, hanging out with Lawrence Durrell in Egypt, love affairs all over the place. It’s no surprise that on returning to an England deep in post-war austerity, she was appalled by what she found. Having developed a continental attitude to the pleasures of food and a love of fresh, seasonal ingredients and simple, flavourful cooking, England seemed worse than ever: ‘There was flour and water soup seasoned solely with pepper; bread and gristle rissoles; dehydrated onions and carrots; corned beef toad in the hole. I need not go on.’

Open An Omelette and a Glass of Wine at any page, and you’ll understand why the articles and books that followed her return to England had such an effect on her readership. Read ‘Waiting for Lunch’ - a perfect distillation of all David’s passions: the exquisite pleasure of something so simple as pa y all - ‘those slices of garlic-scented oil-saturated bread, just lightly spread with a little cooked tomato’ - balanced against an almost comic exasperation at what a British restaurant would do with it - ‘it would become chopped garlic on toast made from factory bread, spread with salad cream and crowned with a pimento-stuffed olive.’

That this portrait of British food, both in restaurants and at home, is now so totally unrecognisable is in no small part down to David’s work. As her biographer, Artemis Cooper, put it, she taught us to ‘think about food in an entirely different way … that food was one of life’s great pleasures, and that cooking should not be drudgery but an exciting and creative act.’ Without David, we’d certainly have no Slater or Stein, probably not even an Oliver or Lawson, and my mum and I would certainly have a lesser bolognese recipe.