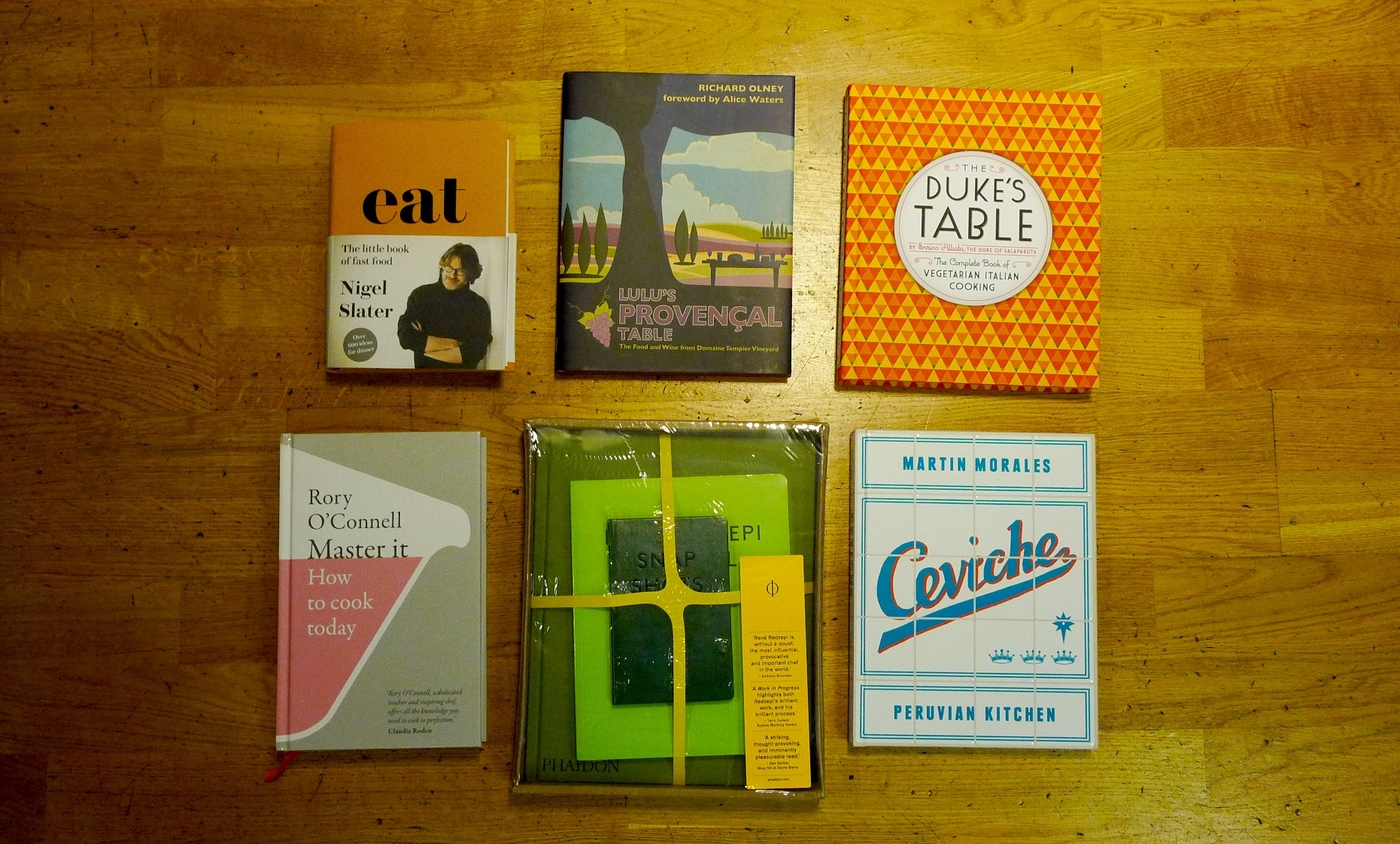 As excuses to demand lovely new cookbooks from people go, there’s nothing quite like Christmas. Here’s my recommendation for what to put on your Christmas list this year.

For classic French cooking, the late Richard Olney is a man you can rely on. His French Menu Cookbook was named by the Observer Food Monthly the best cookbook of all time, and this year Grub Street have produced a beautiful reissue of Lulu’s Provençal Table. Introducing the recipes of Lulu Peyraud, of the Domaine Tempier vineyard, Olney writes beautifully about classic seasonal Provençal dishes, from the simple to the almost obtusely complicated – that seven-page-recipe-for-bouillabaisse-shaped hole in your life can finally be filled.

Peruvian cuisine probably didn’t mean that much to the average Londoner a few years ago, but the opening of Soho’s Ceviche in 2012 has shown us what we were missing. It’s all fresh, bold flavours that reflect the diversity of the culture it comes from, and has a lightness that will almost certainly be welcome come Boxing Day. The man behind the restaurant, Martin Morales, reveals the secrets of Peruvian cooking in what has to be the year’s most deliciously tactile jacket. To all those who’ve wondered whether it’s possible to realistically render tile and grout on a book cover, here’s your answer.

In the last few years, vegetarian cookbooks have become so much more exciting, with the likes of Yotam Ottolenghi and Sally Butcher getting in on the act. This year we’ve had what must be one of the more brilliantly eccentric additions to the genre. Been waiting all your life for a vegetarian cookbook written by a 1930s Italian duke? Then Melville House has the book for you: The Duke’s Table by Enrico Alliata, Duke of Salaparuta, is a fascinating collection of Italian classics reimagined for the vegetarian table.

Introductory guides to cooking don’t, for the most part, do so well in the looks department, and useful as they might be, presents that are purely functional are no fun at all. Luckily, this year Rory O’Connell has given us the best of both worlds in his incredibly useful, and terribly nice-looking, Master It: How to Cook Today. O’Connell has been teaching at the Ballymaloe Cookery School for 30 years, so his advice can certainly be trusted. A perfect present for the enthusiastic beginner.

And at the other end of the spectrum, in that wonderful section called Cookbooks You’re Never Going to Cook From, is René Redzepi: A Work in Progress. Continuing in the same vein as A Day at elBulli, Phaidon once again provide a fascinating insight into the mind and work of one of the world’s greatest chefs, in a form beautiful enough that you’ll want to own it, even if you’re probably not going to be knocking together a plate of crispy reindeer moss, cep powder and crème fraîche of a weeknight all that often.

In my opinion, no list of Christmas cookbooks would be complete without Nigel Slater’s latest, so to round things off: Eat. It’s all the brilliant things you’ve come to expect from Slater – quick, simple, delicious – and it’s a lovely little bright yellow clothbound thing to boot. If there’s not one under my tree on Christmas morning, I’m going to be angry.