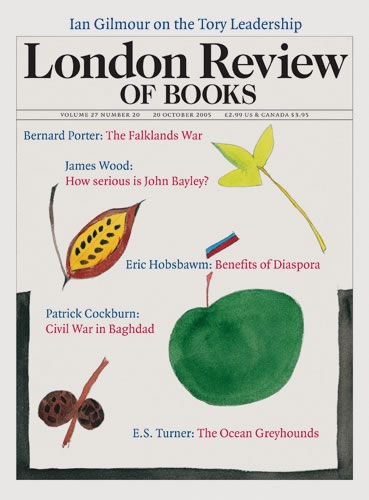 1599 sells itself primarily as biography rather than criticism, a fresh attempt on the undergraduate-and-general-reader market tapped with such undeserved commercial success by Stephen Greenblatt’s Will in the World: How Shakespeare Became Shakespeare.​ As such it undeniably knocks Greenblatt’s effort, not to mention Peter Ackroyd’s generalising and overlong Shakespeare: The Biography,​ into a cocked jester’s cap. The ploy of concentrating on the events of a single exciting year neatly leaves out much of what can make the average cradle-to-grave life of Shakespeare seem turgid and off the point – all that stuff about infant mortality rates in Warwickshire and the ecclesiastical rules governing marriage licences; all those guessing games about how, when and where young William got out of the glove-making and wool-dealing business and into the theatre – and allows Shapiro to get straight to the much more interesting question, often skimped in such books, of what Shakespeare’s working life, the bit that made him matter, actually consisted of from one week and month to the next. Shapiro describes how he thinks the playwright spent 1599 with a commendable and unashamed novelistic vividness, starting with an account of the dismantling and placing into store of the timbers of the Theatre on 28 December 1598, for reassembly south of the river as the Globe. As narrative, this set-piece bears comparison with the best bits of Walter Scott and, as scholarship, persuasively demolishes the often retold fantasy version of the event, according to which the older playhouse is miraculously disassembled, carried to Southwark across London Bridge (or even, more romantically, on sleds across the frozen Thames) and then rebuilt on Bankside in a single furtive night’s work.

Read more in the London Review of Books.