A Decade of Bestsellers: Parallels and Paradoxes 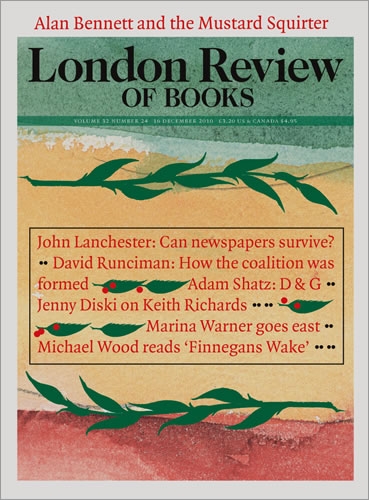 Our bestselling book in 2004 was Parallels and Paradoxes, Daniel Barenboim and Edward Said's wide-ranging exchange of ideas. In the pages of the LRB, Marina Warner took their first meeting as the seed for her exploration of Said:

Edward Said first met Daniel Barenboim by chance, at the reception desk of the Hyde Park Hotel in June 1993; Said mentioned he had tickets for a concert Barenboim was playing that week. They began to talk. Six years later, in Weimar, they dreamed up the idea of a summer school in which young musicians from the Arab world and from Israel could play together. They hoped, Said remembered in Parallels and Paradoxes, that it ‘might be an alternative way of making peace’. It was in Weimar, he noted, that Goethe had composed ‘a fantastic collection of poems based on his enthusiasm for Islam … He started to learn Arabic, although he didn’t get very far. Then he discovered Persian poetry and produced this extraordinary set of poems about the “other”, West-östlicher Divan, which is, I think, unique in the history of European culture.’ The West-Eastern Divan: the orchestra had a name; it was never discussed again.

Read more in the London Review of Books.