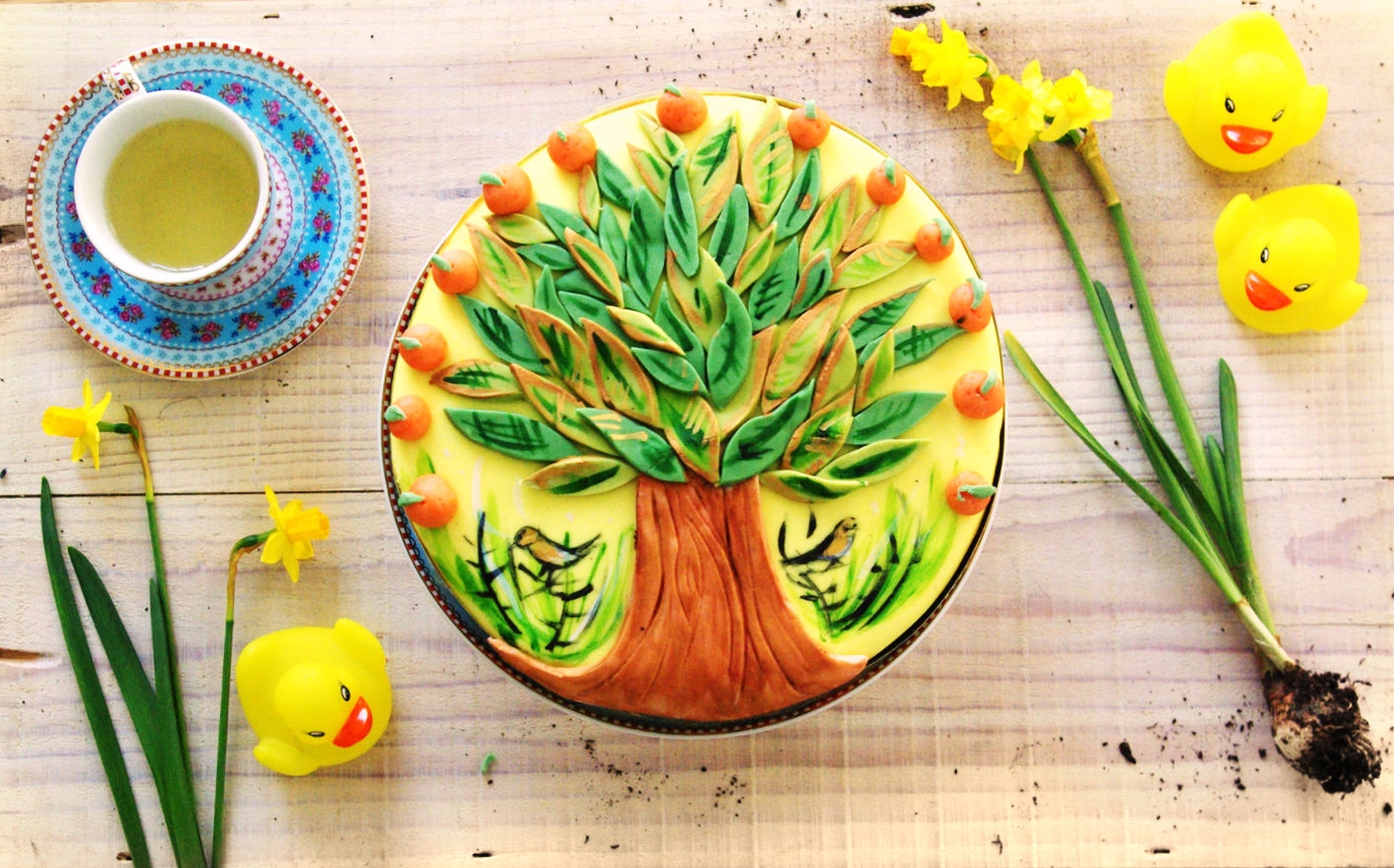 There are plenty of traditions associated with Simnel cake, but they're hopelessly muddled. Some say it's a Mother's Day tradition; others link it to Easter celebrations. Some credit the cake's invention to Lambert Simnel, the young pretender turned kitchen-boy (though references to the cake were being made centuries before his attempt on the throne); others to a bickering couple named Simon and Nelly. And then there's the matter of the 'traditional' marzipan balls on the top, said to represent the apostles - a decorative touch added in the late Victorian period. Before this, according to Robert Chambers in the Chambers Book of Days (1864), the cake was covered in a crust of flour and water and baked 'as hard as if made of wood', leading to several comic mishaps, including 'a lady taking hers for a footstool'.

The one thing that isn't up for dispute is that Simnel cake has always been made now, at the end of Lent - and that means spring. Bloomsbury is covered in bright green leaves and blossom. When we leave the shop in the evenings the light is still golden and Russell Square is filled with birdsong.

Our Simnel cake is decorated with hand-painted leaves, accented with bright greens and golds; the base is wrapped in hand-made Japanese paper printed with spring flowers. Packed with dried fruit steeped in brandy and spices, scented with orange blossom and fresh orange zest and topped with a rich marzipan, it's bright, beautiful and perfect for spring celebrations. You can order one from the Cake Shop: just drop in, or call us on 020 7269 9045.