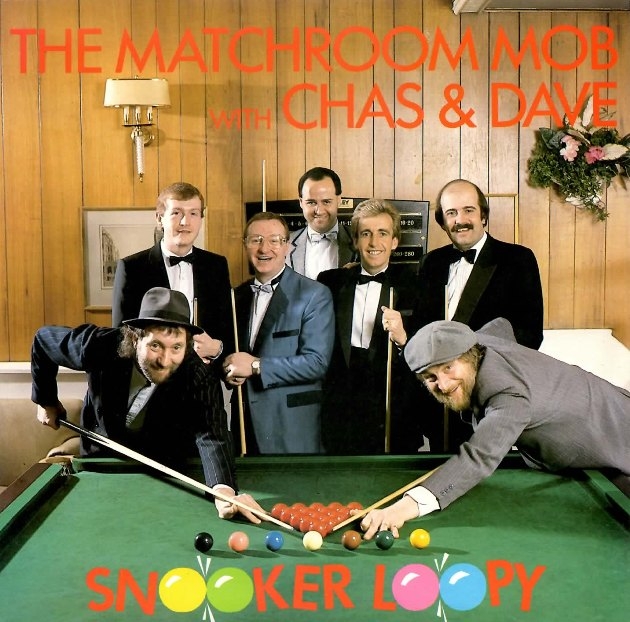 I wasn't quite born when 18.5 million people watched Dennis Taylor and Steve Davis battle on into the small hours in the 1985 World Snooker Championship Final. Snooker as a wildly popular and glamorous sport is only a historical idea to me, hinted at in the desperate exclamations of ‘Oh, he’s quite a character!’ escaping commentators’ lips every time a current player so much as cracks a smile. Barry Hearn keeps trying to jazz up the modern game, but somehow it doesn’t quite come off: Martin ‘Wolfie’ Adams might merrily howl along to ‘Hungry Like the Wolf’ as he follows his nylon-clad gut up to the oche, but snooker players seem unable to shake off a certain air of embarrassment when they enter the arena to their chosen walk-on music. (I would be very interested to know whether it was Ding Junhui himself who decided his theme should be Lady Gaga’s ‘Poker Face’.)

So the idea of a time when snooker coverage was all over multiple television channels; when someone was willing to pay Dennis Taylor to produce comedy specials; when rockney duo Chas & Dave could make it to number five in the UK singles chart with ‘Snooker Loopy’ is a source of endless fascination to me. Which makes me wonder: why hadn’t I read Gordon Burn’s Pocket Money before?

Burn followed the snooker circus for a year during its mid-80s peak, speaking to the players, the money, the hacks that made up the snooker community. The result is a darkly entertaining story of a close-knit, incestuous world recently surprised by its own success. The book has echoes of that other classic piece of sports writing, Wide Eyed and Legless, Jeff Connor’s brilliant account of British failure at the 1987 Tour de France, but in the hands of a writer of the power and versatility of Gordon Burn (he was seemingly able to turn his pen to most things - contemporary art, serial killing, parallel universes where Alma Cogan doesn’t die) sports writing becomes something quite wonderful. Snooker’s seedy glamour is fabulously painted. It’s all petty squabbles, tabloid scandals, drink and drugs and too many cigarettes. Apparently snooker, even at the height of its power, always had more than a whiff of the provincial about it – this is a book played out at the Ramada Inn in Reading, an out-of-season Welsh Butlins, shady corners of snooker clubs in Romford, Essex. It’s Alan Partridge in sports writing form, with all the humour and the heartache that suggests.

The actual snooker is probably better these days - if Ronnie O’Sullivan abandoned his much discussed fitness regime in favour of Alex Higgins’ much discussed drinking regime, we probably wouldn’t be seeing the kind of divine, record-breaking play he more often than not gives us - but still, it all sounds like so much more fun back then. I’m glad Gordon Burn was there to tell us about it.