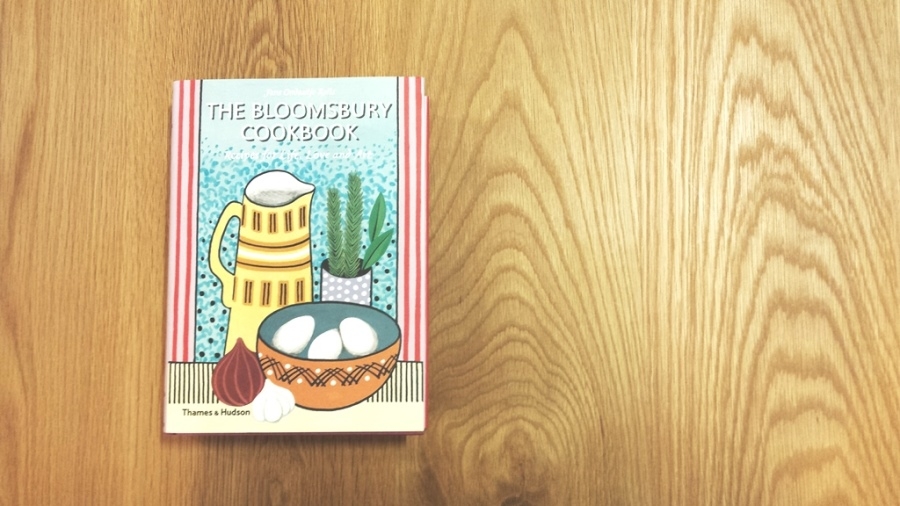 It didn’t take much bookselling nous to predict that The Bloomsbury Cookbook was going to be our bestselling cookbook this year. Jans Ondaatje Rolls’ look at the gastronomic side of the Bloomsbury Group is a fascinating and meticulously researched history, as well as a thoroughly usable cookbook – anyone who attended our event back in April can testify to the deliciousness of the recipes, as well as the potency of the cocktails. With Cressida Bell’s original artwork and colour illustrations throughout, it’s a thing of beauty that will no doubt make its way onto many Christmas lists this year.

Over the past few years, no region has received as much culinary attention as the Middle East, and this year is no exception: there's Yotam Ottolenghi's latest, Sabrina Ghayour's Persiana, Sally Butcher's handsome volume on salads of the region and Tony Kitou's Comptoir Libanais. For me, the pick of a very lovely pack is Honey & Co: Food from the Middle East. I don't want to get into any revolting clichés about food being made with love, but Honey & Co is as much the story of Sarit Packer and Itamar Srulovich's life together as it is a cookbook, and that's what makes it such a warm, enjoyable book. The recipes are threaded together with anecdotes about their marriage, about setting up their first restaurant (pleasingly, very much in our neighbourhood), about the people they've worked with, and the people they've fed, which perfectly reflects the communal, sharing philosophy of their culinary traditions.

While it shares many things with Middle Eastern cookery, not least that sense of communality, Greek cuisine hasn’t really had the recognition it deserves, at least in the UK (although a special mention must go to Phaidon’s Vefa’s Kitchen, which like The Silver Spoon and this year’s Mexico: The Cookbook, provides an encyclopedic look at a nation’s culinary traditions.) A more personal view on Greek cooking came this year in Alexandra Stratou’s Cooking to Share. It’s possibly justifiable to have a certain degree of trepidation when encountering self-published, Kickstarter-funded books, but this one exceeds all expectations; a thoughtfully designed and bound collection of family recipes, with a separate volume of ‘reflections’ on the dishes, it’s a delicious object before you even get to the recipes inside.

At the high end of things, my pick this year is the fabulously titled Never Trust a Skinny Italian Chef by Massimo Bottura, chef patron of the three-Michelin-starred Osteria Francescana. It's the kind of cookbook you will never cook from - and it's not pretending otherwise: the recipes are there, but tucked away at the back like an appendix. The point of this book is the stories behind the dishes, the journey of a chef who wants to reinvent Italian food, coming at it 'from a critical point of view, not a nostalgic one'. The result is dishes with names that sound more like pieces of contemporary art than plates of food: 'Memory of a Mortadella Sandwich'; 'A Potato Waiting to Become a Truffle'; 'Pollution'. Beautiful, intelligent and playful - book and food, both.

From anyone else, the subtitle 'Where Healthy Meets Delicious' would put me on red alert for Gwynnier-than-thou nonsense, but there is no such fear with Diana Henry's A Change of Appetite. Author of the perennial shop favourite Salt, Sugar, Smoke, Henry is, above all, a food lover, and as she says in the introduction, 'A meal is a colourful assembly of foods … that should be, first and foremost, enjoyable.' The result is just that: a collection of truly inventive recipes, making use of colourful, exciting ingredients. You could easily glance through without realising this is 'healthy eating', which is of course exactly as it should be.

At the other end of the spectrum is a book which makes no concessions to health. Justin Gellatly, who spent twelve years as Head Baker and Pastry Chef at St. John and now runs Borough Market's Bread Ahead, produced his first book this year: Bread, Cake, Doughnut, Pudding, which does exactly what it says on the cover, and does it oh so well. As you'd expect from a St. John alumnus, this is a trip through the robust classics of British baking, with little concession to the finery of French pâtisserie; Welsh cakes, spotted dick, trifle and suet pudding all make an appearance. The star of the show is, of course, the doughnuts that made Gellatly's name, and a glance at the cover is enough to send you into a hyperglycemic trance: a whole tray of the things, plump, sugared and oozing with various custards and creams. Included in the same section is a recipe for a deep-fried jam sandwich, for when you don't have time to make doughnuts. I was going to say 'be still, my beating heart,' but I fear that would be tempting fate.