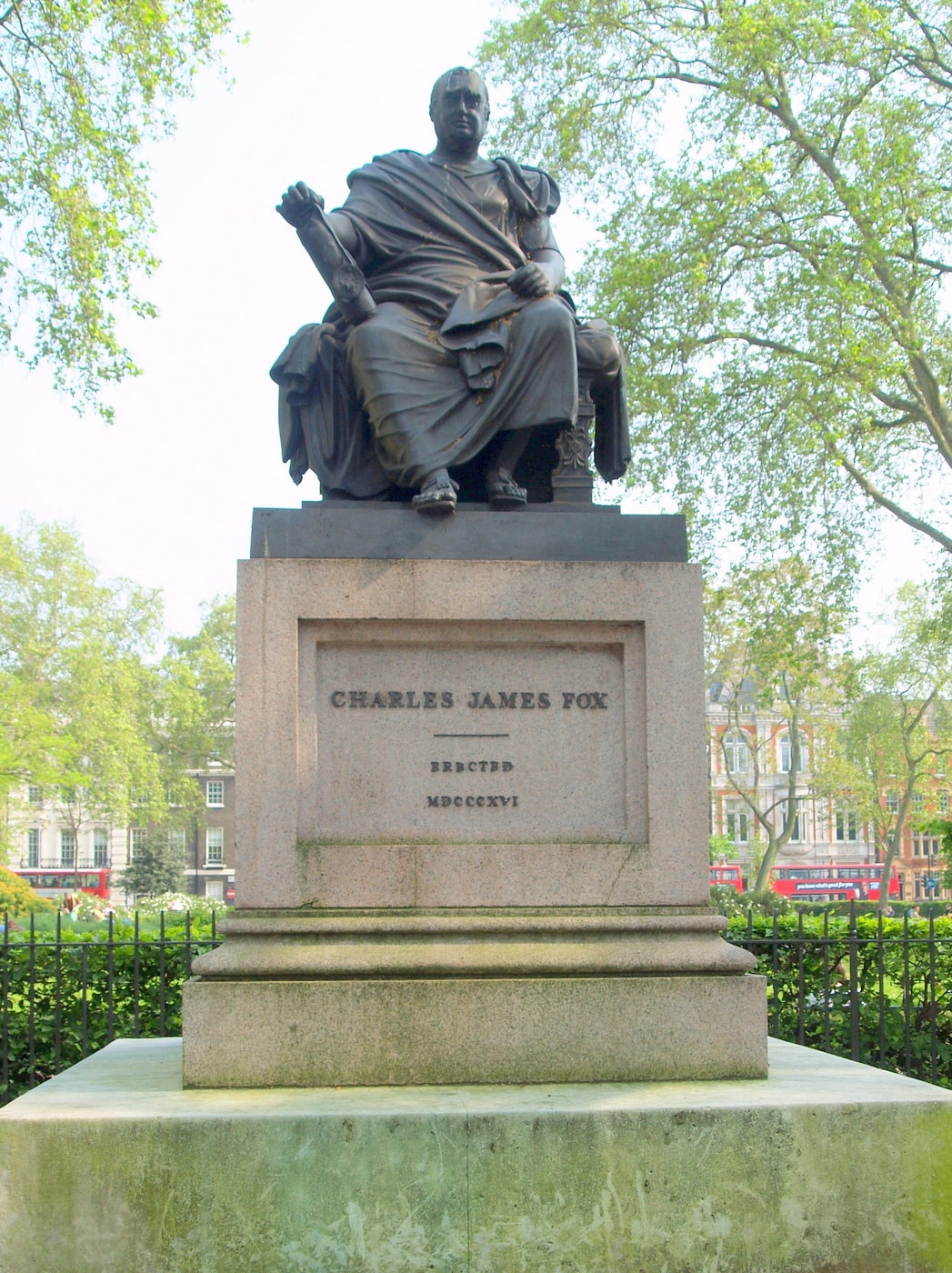 Weather and the Northern Line permitting, in the morning I like to get off the tube at Euston and walk the last mile into work. The back way into the bookshop (through the hidden cut into Pied Bull Court) takes me along the edge of Bloomsbury Square, watched over by the statue of Charles James Fox. Fox was one of the great liberal statesmen of the 18th century, supporting American independence and the French revolution and opposing the Slave Trade and the East India Company, and was also a notorious gambler, drinker, and conversationalist. Some scraps of his conversation are preserved in Samuel Rogers’s Table Talk and Recollections, recently reissued in a handsome teal cover by Notting Hill Editions. There are Fox’s comments on authors (‘No man, I maintain, could be ill-tempered, who wrote so much nonsense as Swift’), bull-baiting (‘Not against it himself; saw the outcry against the common people unjust, while their betters hunted and fished’), cooking (‘Pork is excellent in all its shapes, and I cannot conceive why it was ever prohibited’), geese (‘I do not like geese upon a Common; they make a bad soil’), and gardening (‘Looked out the Gallery Window, and thought the sun was burning up his turnips’). These observations are accompanied by Samuel Rogers’s microcosmic character sketches: ‘Very candid - Retracts instantly - Continually putting wood on the fire.’

I was pleased to come across a mention of the Fox statue in Louis MacNeice’s late poem ‘October in Bloomsbury’: ‘Though Charles James Fox unconcerned in a bath towel sits on his arse in Bloomsbury Square / While plane tree leaves flop gently down and lodge in his sculptured hair’. The first line is understandable; it’s supposed to be a toga, but it does look quite a bit like a bath towel. But the last line is a mystery. Fox had a very receding hairline, and what I’d estimate as a number 2 cut - there is certainly nowhere on his head where any leaves could get lodged.