What's in a Name? 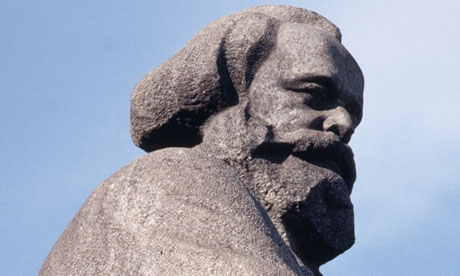 I know there's no copyright in book titles, but I was nonetheless surprised by the appearance in Penguin's spring list of two books that draw on the same line from Marx for their titles – 'All that is solid melts into air.' There's a debut novel about the Chernobyl disaster from Darragh McKeon which uses the whole line, and a book about the housing crisis from Danny Dorling that truncates it to All That is Solid. And of course, Marshall Berman got there long before either of them with his spectacularly brilliant dissection of modernity. Other versions of the line (it's worth noting that Jonathan Sperber, in his recent book on Marx translates it more accurately, if less euphoniously, as ‘Everything that firmly exists and all the elements of the society of orders evaporate’) appear in Peter Wagner's A History and Theory of the Social Sciences: Not All That is Solid Melts into Air and in a book on the performance artist Simone Jones (Simone Jones: All That is Solid).

This set me to wondering which title has been the most used. It seems likely to be a line from Shakespeare and I'm amused to discover that 'A rose by any other name' appears in full as the title of a dozen distinct books, and in various punning versions (A Rogue by any Other Name; A Corpse by any Other Name; even Chick-Lit by any Other Name) accounts for another 50 or so. 'Quintessence of dust' scores a disappointing two, whereas 'To be or not to be' looks to be a clear favourite with around 40 in its pure form, and another hundred or so in slightly adapted versions (I'm intrigued by Valerie Mine's To Bee . . . or Not to Be a Bee and Dizzy Gillespie's autobiography To Be or not to Bop.) But What's in a Name? has proved so irresistible a title to compilers of dictionaries of sur- and other names (as well as to Engelbert Humperdinck) that it looks unbeatable to me.

Perhaps the last word on this should go to P.G. Wodehouse, who, on discovering that the title Summer Lightning was not as original as he had thought, remarked 'I can only express the modest hope that this story will be considered worthy of inclusion in the list of the Hundred Best Books Called Summer Lightning.'