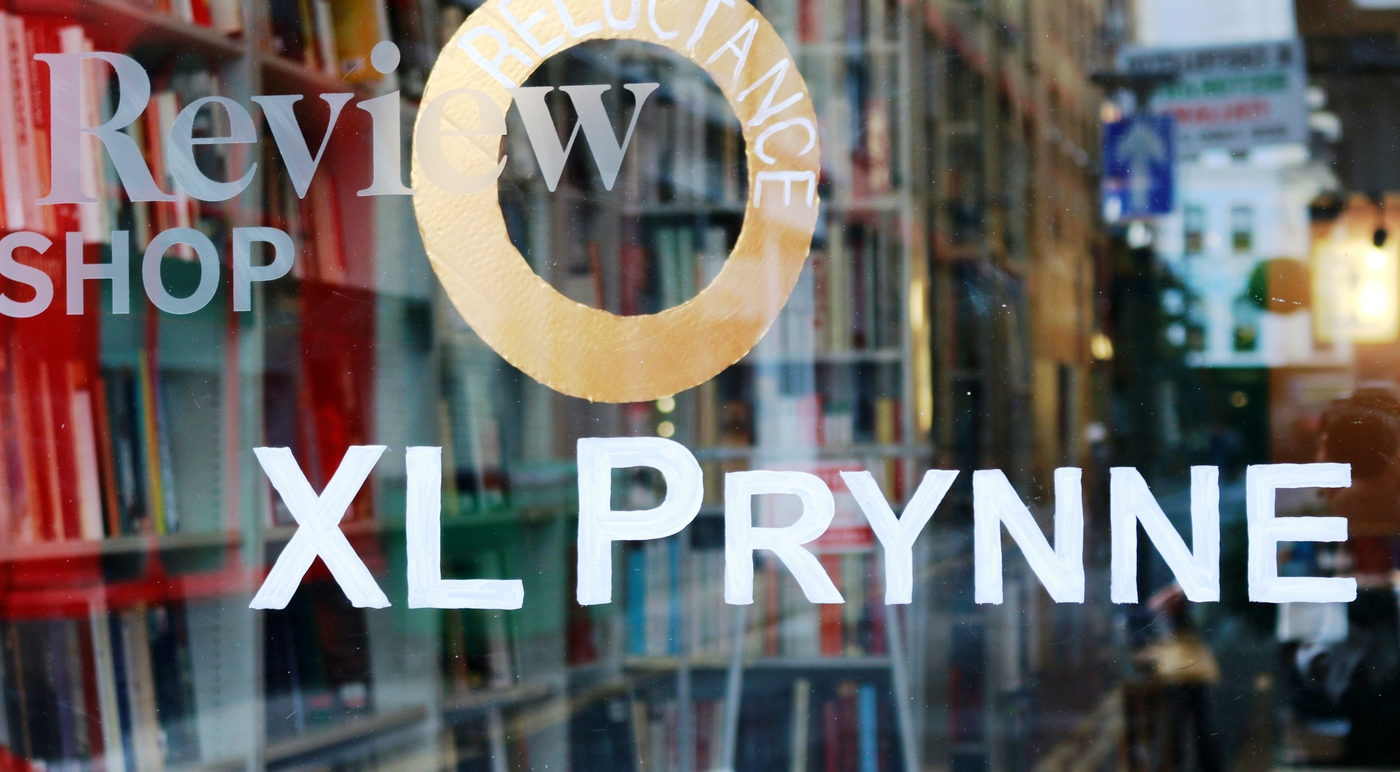 It began in 2005, with the forging of the Great Prynne. Some copies were sent to Foyles, immortal, sprawlingest and highest of all bookshops. Some to the Blackwells, great miners and craftsmen of the mountain halls. And twenty-eight Prynnes were gifted to the London Review Bookshop. Within these Prynnes was bound a great deal of interesting poetry. But they were all of them deceived, for another Prynne was made. Deep in the land of Mordorn, in the fires of Mount Doom, the Dark Lord Olson forged in secret a master Prynne to control all others, and into this Prynne he poured his cruelty, his malice and the complete texts of the later work, Refuse Collection, To Pollen, Streak~~~Willing~~~Entourage / Artesian, Sub Songs, Kazoo Dreamboats; or, On What There Is, and Al-Dente. One Prynne to rule them all.

Anyway, we are delighted to have this landmark volume in the shop. Our Prynne-dow, or Win-Dorn, references many of Prynne’s most important works. To enter our Prynne Competition, email books@lrbshop.co.uk or send a postcard to our regular address, listing all the references that you can find. Entries must be formatted in accordance with MLA bibliographic guidelines, mean the entire force of what they shall come to say, and be labelled clearly FAO The Monogram. The winner will receive a ropey print of a 'fire lizard', which we planned to stick in the window but thought better of, while two runners-up will receive a skilfully seasoned 10½ oz. treat.

Here's a gallery of images from the Prynne-dow - good luck to one and all.