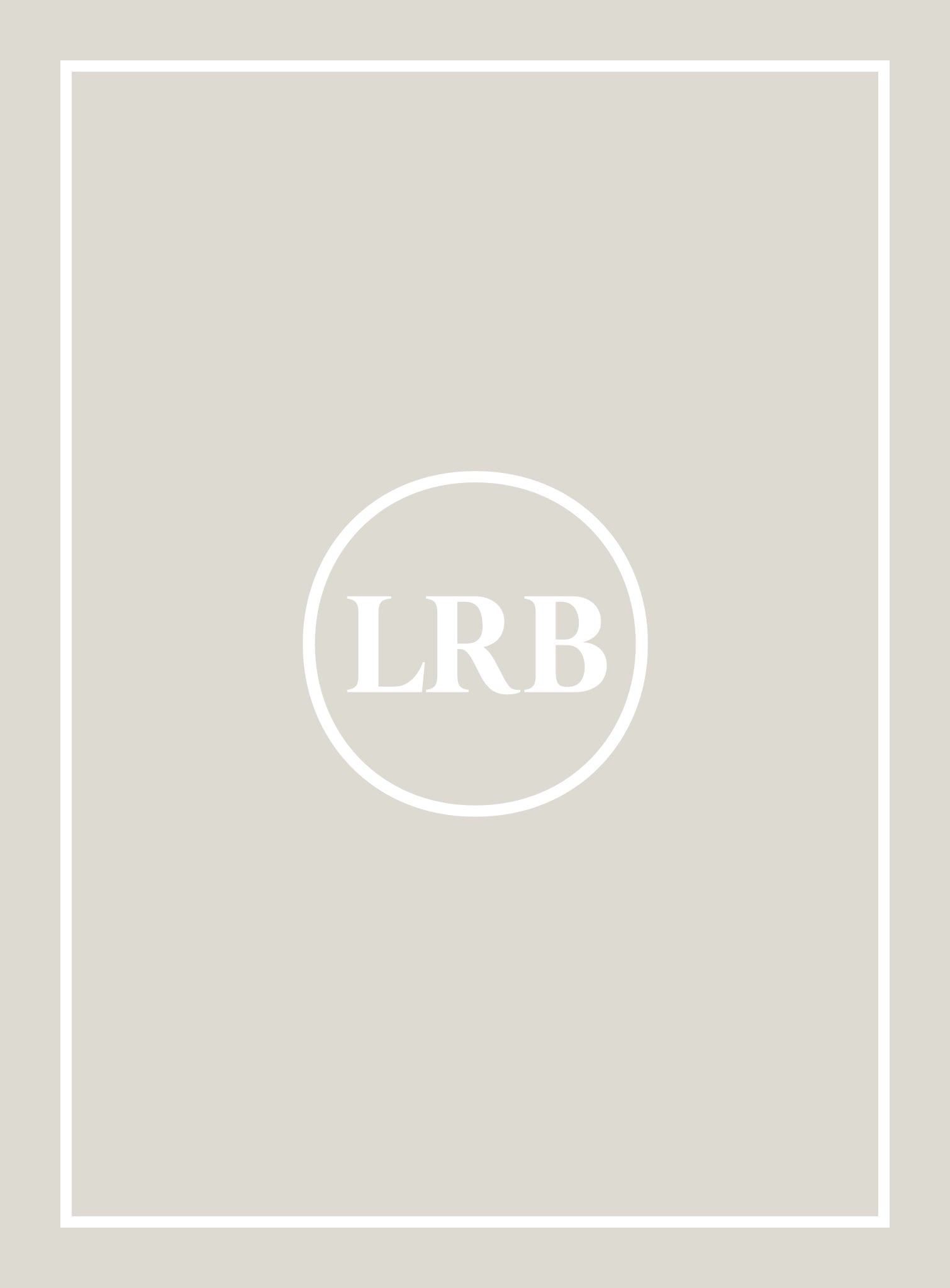 ‘So it exists,’ said David, as Christopher Ricks produced a brown A4 envelope from the folds of his copious jacket and passed it across the table. I held it up for a moment: Not Until December 2015, read the inscription, the handwriting faded but familiar.

We were hunkered down in a specially-constructed footnote under the bookshop, illuminated only by the glow of reputations and a single candle. Ricks rose from his seat, produced a lectern from the folds of his copious jacket, and began.

‘During my researches for the Faber and Faber 2-volume Poems of T.S. Eliot, a certain document came into my possession, with instructions that it was not to be examined until December of this year. An initial inspection confirmed what I’d long suspected: that this was, indeed, the records of the famous Princess Louise Dinner. I’m sure you all know the story – in November 1915, Eliot, Pound, Yeats, H.D. and others met for “jaffs & taddy” at the Princess Louise on High Holborn. The night is chiefly remembered as a case study of Modernist debauchery.’

‘Towards the end of the evening,’ continued Ricks, ‘Eliot, who was in a jolly mood, proposed a game. The assembled multitude would predict what the poetry landscape would look like in a hundred years’ time, and seal their prediction, so that future generations could judge whether they had their finger on the pulse or were simply a batch of poetry chancers. This prediction was written in the form of a script for a fictitious awards ceremony.’

‘And knowing that the LRB Bookshop hosts a well-respected poetry awards ceremony every year, we proposed to Claire, the Events Manager, that this year we took that script as the ceremony’s own,’ said Jim. ‘Ladies and Gentlemen, we are proud to present the LRB Bookshop Poetry Awards 2015, as chosen by T.S. Eliot and Ezra Pound…FROM BEYOND THE GRAVE.’

As he said this, he rattled a length of chain he had concealed somewhere about his person. ‘BEYOND THE GRAVE’ he repeated.

‘Yes, yes, I’m sure the audience gets the gist,’ said Ricks.

‘The ima-gist,’ cackled Jim, which earned him a deft wallop to the nut from Ricks’s shillelagh.

‘We must remind you that – while you will find the judgements contained in this envelope astonishingly prophetic, and at times weirdly reliable – this is merely a best guess at the future. “These are but shadows of things that will be, that they are what they are, do not blame me.” What I will read from describes a parallel universe of poetry, like that Man in the High Castle thing on the telly, and much of what you will hear is strangely altered. Anyway, without further ado…’

He opened the envelope and began. Impossible to put one’s finger on what had shifted in his voice – the slightest change of inflection – but the tone was that of Eliot in person. The candle-flame shivered, and the attendees squirmed nervously in their seats.

Good Evening, Ladies and Gentlemen, and welcome to the TLS Bookshop, for the Poetry Prizegiving of 2015. It has been a vintage year for poetry. Most importantly, of course, it has seen the publication of my Collected Poems in Eighteen Volumes. All the classics are there: Prufrock, the Waist Line, Old Possum’s Whimsical Lobster Book. Doubtless my old mucker Ez has something new out as well – some posthumous Cantos would be my guess. A century later, and the old gang are still going strong. Hooray for the Modernists! Hooray for the Modernists!

That’s some easy predictions to get us in the mood. On to the categories.

BEST CRITICAL BOOK. Katy Evans-Bush’s new essay collection Forgive the Language would almost certainly take the prize at a walk, but it's released so late in the year it had better go instead in the runnings as a hot tip for 2016. In KEB’s absence, the winner by a nose is J.H. Prynne, for Graft and Corruption: Shakespeare’s Sonnet 15, published by Face Press and hopefully due a reissue: an in-depth study of a single sonnet, including much fascinating information on sixteenth-century horticultural beliefs and practice. Runner-up is Jeremy Noel-Tod’s wonderful brief survey of the UK poetry scene, the cryptically-named Whitsun Wedding Video.

[Ricks: ‘It’s important to realise that, while Eliot certainly predicted many of the main trends of UK poetry in the twentieth and twenty-first centuries, he completely failed to foresee the rise of Larkin. In his vision, the leading popular poet between 1960 and 1980 was called Barney Hammond; though eerily enough, both Hammond and Larkin were bald, bespectacled librarians from Hull who carried torches for girls called Monica.’]

BEST DEBUT COLLECTION. Impossible to choose this one. Jack Underreb, Sarah Macmilliperry, Androwe Perrijack: these are some names bound to define the future of poetry, as we’re glad to see acknowledged by the T.E. Hulme Prize shortlist.

[Ricks: ‘Of course, it’s unsurprising that Eliot has some of these names a little jumbled; very possibly he’s making this prediction through the bottom of a glass of Taddy. It’s certainly nothing to do with the LRB Bookshop not wanting to choose between four outstanding debuts.’]

BEST COLLECTION. Peter Riley’s Due North was superb; fidgety, expansive, at times argumentative, at times stunningly lyrical, an essay on the landscape and deep history of the North of England. Les Murray’s Waiting for the Past is Murray’s best collection of the twenty-first century, which is a hell of a commendation. But the 2015 Best Collection Award goes to Frances Leviston’s Disinformation: technically achieved, somehow ruthless and generous at the same time: a substantial advance on Leviston’s already astonishing debut, Public Dream.

BOOK OF THE YEAR. Since I’ve been informed by Ez that I can’t nominate myself, Book of the Year must go to R.F. Langley’s Complete Poems. If you haven’t read Langley yet, get thee to the bookshop. Poems like ‘Matthew Glover’, ‘The Night Piece’, ‘To A Nightingale’ are among the best and most underappreciated poems of the last fifty years; the voice is like no-one else’s, the quietness, intelligence, rigour and attention to the world and to England. Jeremy Noel-Tod’s marvellous editing job brings in a batch of previously-unseen poems and a helpful introduction and notes.

PERSON OF THE YEAR. Goes to the woman conspicuously reading Citizen at a Donald Trump rally.

This concludes the prizegiving. Thank you very much to the staff and audience at the TLS Bookshop, to whom I am speaking…FROM BEYOND THE GRAVE!

These last words were howled, rather than spoken, by Professor Ricks. The candle went out. Someone fainted. The tiresome chain was once more rattled.

‘How was that?’ said Ricks sotto voce. ‘I thought it went rather well, though maybe the mic was a little tinny.’

‘I think a little tinny sounds like an excellent idea,’ said David. So Jim McCue went across the street for some Jim McBrew, and the assembled throng had a jolly evening in the bookshop, as the old year concertinaed into the new and the hard green light of the past rippled ceaselessly over the waters.

Anna Aslanyan and Daniel Trilling on translation in reportage

Bleeder: Heidi Sopinka on the inspirations behind her new novel

The Saturday Poem: an extract from ‘Grief Stitches’ by Emily Harrison