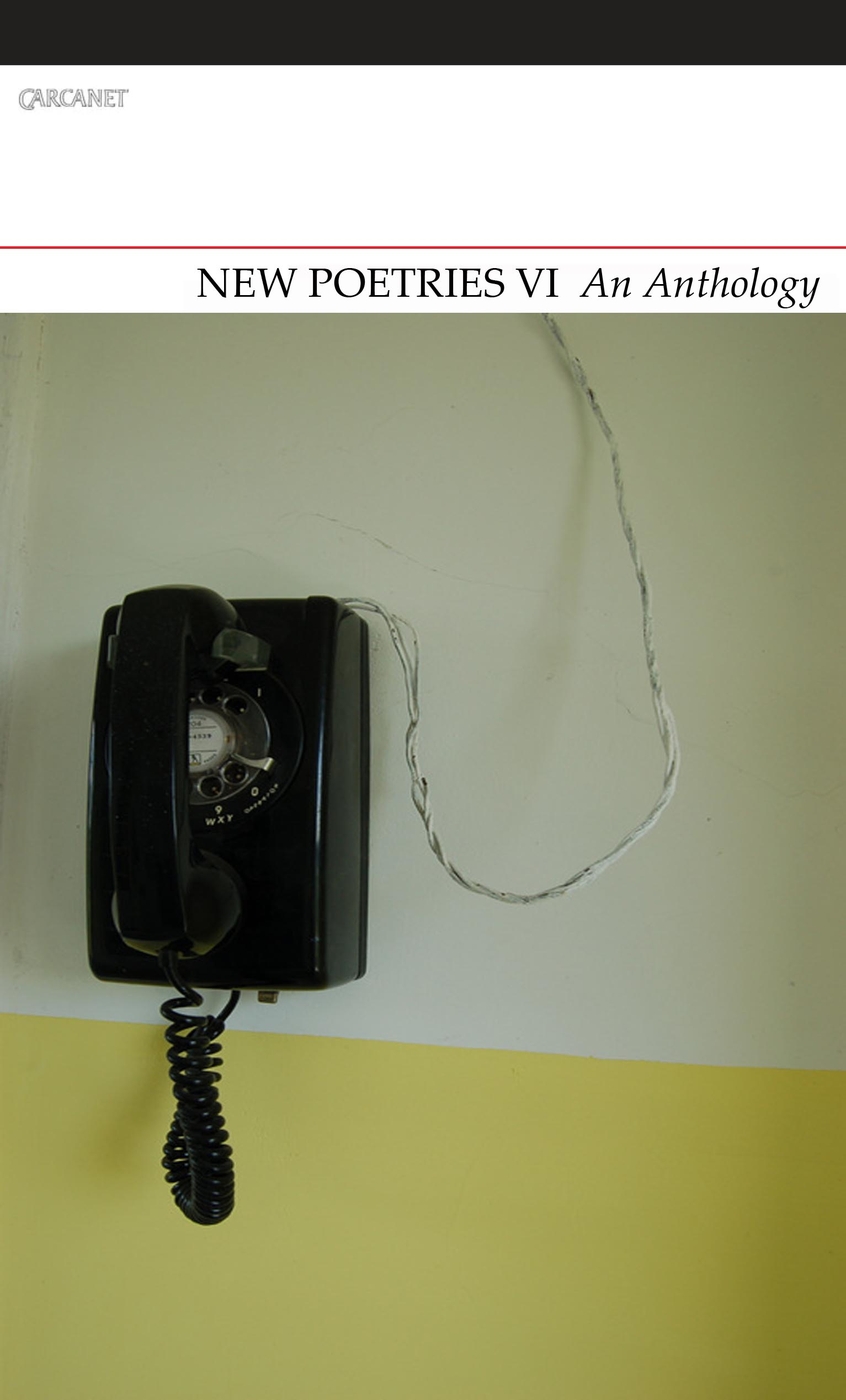 It’s a long-running bookshop tradition, when Carcanet release one of their marvellous New Poetries anthologies, for us to release a blogpost comparing each poet to a classic country album. This feature has been called by our web-testers ‘a vital source of grounding and guidance’, ‘the highlight of your website’ and ‘invaluable creator-centric content creation’.

Compiling this blogpost was originally a task for the Bookshop Manager, but Natalia has unfortunately been invited to adjudicate a monster truck competition this weekend and so is unable to help. In her place, to produce high-quality country music comparisons for New Poetries VI, we’ve appointed a panel of three country music lovers (and part-time poetry enthusiasts): superstar country DJ Jimmy Rabbit, former backing singer Cynthie Platters, and erstwhile presidential candidate Jeb Bush. Dissension from the majority is indicated by square brackets. Rebecca Watts, Joey Connolly, Vahni Capildeo, John Clegg and (from New Poetries V) Jee Leong Koh will be reading at the bookshop on Tuesday.

Eric Langley: Gary Stewart, Out of Hand
Langley’s introduction to his own work is an extended meditation on tenderness, its relation to ‘attention’ (and ‘tension’), an etymological drawing-out sustained through the six long poems given here. Gary Stewart, tenderest and tensest of country legends, is a certain match.

Adam Crothers: Johnny Cash, Best of the Sun Years
Unmistakeable rhythm and rattle, short, jagged, snarling. Crothers’s jumping rhythm makes you feel so fine, it will shake all the trouble from your worried mind, and replace it with new trouble. Greatest hits, and some that will be.

Caoilinn Hughes: Emmylou Harris, Cowgirl’s Prayer
Long-lined, copious, and deeply interested in the world, with an unnerving knack for sudden shifts in scale, Hughes’ work reminds me of Harris’s most underrated album. [JB: ‘Can’t say I ever heard Cowgirl’s Prayer. Would you get me a glass of water, please?’]

Nic Aubury: Warren Zevon, Warren Zevon
A hard one to find a parallel for, this; very funny poems in strict metre, perfectly handled, supremely English. Warren Zevon’s first album was a contentious choice – JR suggested ‘King of the Road’ by Roger Miller, and JB complained that he hadn’t heard of either. Discussion was getting heated, and so CP put her foot down and moved onto)

J. Kates: Patsy Cline, Patsy Cline Showcase
This one, on the other hand, provoked total agreement. Hushed and heartbreaking, carefully measured, slow-burning and generous; it’s as if the two were made for each other (and now I come to think of it, you could probably find a whiskey which fitted that description as well).

Rebecca Watts: Waylon Jennings, Honky-Tonk Heroes
An odd choice, perhaps? But a perfect fit when you hear them back-to-back. Emotion often latent rather than explicit, rising now and again into bursts of sadness (as in the exquisite ‘Turning’, or Waylon’s ‘Old Five and Dimers (Like Me)’). But joy, too, as in the triumphant ‘Emmeline’s Ascent’.

David Troupes: Emmylou Harris, Quarter Moon in a Ten-Cent Town (Extended Edition)
Has to be the extended edition, so you get ‘Green Rolling Hills of West Virginia’, Harris’s heartstopping duet with Fayssoux Starling. Troupes’ engrossing and immersive poetry of place is actually set in New England, but the point still stands, more or less. [JB (waking up): ‘What point stands? What did I miss?’]

Ben Rogers: Glen Campbell, Rhinestone Cowboy
We ought to be careful of simply matching specific poems to specific songs – that isn’t the point of this exercise at all – but sometimes the parallels are too tempting to avoid, as with the title track of Campbell’s best album, and Rogers' ‘Mackerel Salad’, surely one of the best poems in the whole anthology.

Molly Vogel: The Flying Burrito Brothers, Burrito Deluxe
Spaced-out and unforgettable, a Californian road trip via Glasgow. Vogel’s ‘Flora and Fauna’, an astonishing distillation of California wildlife, is suspended between the conditions of being in love with language, and being at home in it. ‘you and I in my thinnest dress / the root-knot path / in green chinquapin thirds’.

Joey Connolly: Dolly Parton, All I Can Do
Much dissent here. But Parton’s sly humour, exuberance and careful handling of abstract philosophical concepts (as in Connolly’s ‘Of Some Substance, Once’, or Parton’s ‘Life’s Like Poetry’) make this an astute pairing. [CP: ‘I still think if it’s a Dolly album we want it should be 1978’s ‘Heartbreaker’ – there’s a real emotional slug to some of Connolly’s work, that we don’t represent by picking one of Dolly’s lighter albums.’]

Vahni Capildeo: Janis Joplin, I Got Dem Ol’ Kozmic Blues Again Mama!
Fractured and rebarbative, but not in a way that feels like an attack on the reader, or even as aggression; rather as a form of intense disclosure, not necessarily of the personal. The world made strange and confided to you. As Capildeo says, ‘Pronouns such as I, you and we are sites of love and struggle still in progress.’

Lesley Saunders: Loretta Lynn, Fist City
Saunders’ poetry embodies the same contradictions as Lynn’s music – direct (except when it’s woozily indirect, as in her masterful poems after the Mexican painter Remedios Varo), deliberate (except where it’s tentative or subtly disquieting, as in ‘Particular Care’), first person (but her first person is not at all a stable standpoint). [JR: ‘But why Fist City?’ CP: ‘I was one of the backing singers on ‘I’ve Got Texas in My Heart’, so I wouldn’t like the album to go unremembered.’]

Nyla Matuk: k.d. lang, Absolute Torch and Twang
Unforgettable strange voice that you feel might take you anywhere and does (‘Walk miles through terra cotta death masks’). [JB (waking up again): ‘I don’t think this is proper country music at all. Give me the soulless mouth-rattlings of Garth Brooks any day.’]

Claudine Toutoungi: Bobby Gentry, Ode to Billy Joe
For the title-track more than anything – disquieting evocation (somehow) of an entire world from a few scraps of detail (‘when I say spirit guide, I mean / Niall, the Omagh boy from drama school / who used to be all thunder in the pub’).

Alex Wong: The Byrds, The Notorious Byrd Brothers
Impossible to find an adequate parallel for Wong’s work anywhere in country music; or anywhere else in British poetry, come to that. It’s just incredibly fresh and exciting, like (perhaps) this Byrds album was in 1968? But this is a ropey comparison. Just read the poetry.

Duncan Montgomery: Linda Ronstadt, Heart Like a Wheel
Montgomery, certainly in the long ‘Three Dead Kings’ and I think elsewhere, is heavily influenced and inspired by alliterative medieval verse (certainly in the brief spectacular ‘1939’). Ronstadt has some of those wonderful heavy rhythms as well, though perhaps not as many, but finding country musicians influenced by English medieval poetry attested only in single manuscripts is a hard task.

Brandon Courtney: Willie Nelson, Family Bible
‘I don’t consider my work imaginative’, says Courtney in his introduction; what he’s after instead seems to be the creation of a sustained tone. What better musical counterpoint, then, than Nelson’s supremely atmospheric, smoke-tinted collection of spirituals and gospel songs?

John Clegg: Jerry Reed et al, Smokey and the Bandit (Soundtrack)
The first banjo chord of ‘East Bound & Down’ rung out through the LRB Bookshop basement, and Jeb Bush (who’d been dozing furiously since k.d. lang) sat bolt upright. There was a strange look in his eyes. His mouth fell open, but instead of a relevant point about John Clegg’s poetry, there rose (as if from the back of his throat, as if he was being possessed or haunted) a small aghast voice not quite his own, which spoke slowly:

Eyes I dare not meet in dreams
In death's dream kingdom
These do not appear:
There, the eyes are
Sunlight on a broken column
There, is a tree swinging
And voices are
In the wind's singing
More distant and more solemn
Than a fading star.

Let me be no nearer
In death's dream kingdom
Let me also wear
Such deliberate disguises
Rat's coat, crowskin, crossed staves
In a field
Behaving as the wind behaves
No nearer—

Not that final meeting
In the twilight kingdom

As he spoke, his skin began to slough away from his flesh – no, not flesh, underneath his skin was only sand, sand and clockwork and a small black pearl that rolled away from the wreckage of what had once been the Republican frontrunner. Cynthie and Jimmy Rabbit sat in silence for a long while, watching the aircon shift the sand through the poetry section, then gathered themselves and set off back to Nashville, clutching their complimentary copies of the anthology.