Days of Surprise and Days of Stocktakes 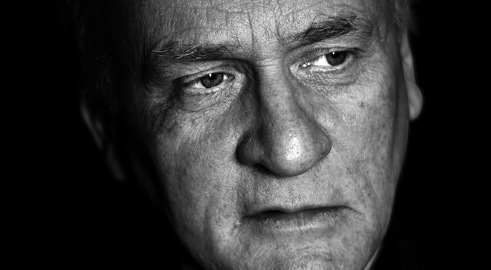 Paul Durcan has found a style like no-one else’s, a style that it is hard to imagine anyone else making anything out of: wildly varying line lengths, faux-naïve rhyming, conversational banalities, adjectives piled on top of one another. Colm Tóibín has called him a poet of ‘odd tones and surprising textures’: somehow, though, the oddness never feels wilful or forced. His new collection, The Days of Surprise, may be the best of his late books (it has already won a Lifetime Achievement prize from the Irish Book Awards 2014). It has all of Durcan’s usual humour and wild imagination, but there are occasional glimpses of deep seriousness too, as in the astonishing elegy for Marie Colvin:

Seven days later in a firestorm of government shelling
By command of His Excellency, President Bashar al-Assad,
In the Baba Amr quarter of the city of Homs in Syria,
Marie Colvin, aged fifty-six, lies mortally wounded,
Spilling her blood and guts alongside a headless child,
Her last heard words, her last known words:
‘Why have we been abandoned by the world?’
Her shoes in the hallway alone surviving her killers.
Back in Beirut in an impasse high on a cliff, Lindsey Hilsum
Tries to keep walking on, her angered-out eyes placating no-one.

Durcan is an astonishing interpreter of his own poetry and we’re overjoyed that he’ll be reading from The Days of Surprise in the bookshop on the 30th March, especially since the day before is our annual stocktake and we definitely need something sustaining to look forward to after having to key in the isbns of a gazillion poetry pamphlets by hand. In the words of Frank O'Hara, 'Poetry publishers of the UK! / for heavens' sake include barcodes on your pamphlets. / You may think it looks very edgy or radical to do without them, / but all it does is annoy hardworking booksellers doing the stocktake.' Paul Durcan and Harvill Secker - we are pleased to report - include barcodes on all publications as a matter of course.