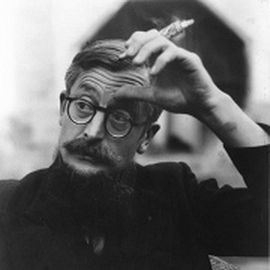 William Empson wrote The Face of the Buddha in the 1930s while teaching in China. After the war, he sent off the only copy of the manuscript to the publisher and son of a failed pepper speculator John Davenport, who unluckily received it at his office, and following an evening of drunken jaffs (the veritable Book Trade Special) awoke with no parcel and no memory of what had happened to it. He decided, logically enough, that it must have been left in a taxi. In fact, Davenport had for some reason given it to Tambimuttu (first publisher of By Grand Central Station I Sat Down and Wept and heir to the lost kingdom of Jaffnapatam). Around this time, Julian Macclaren-Ross visited Tambimuttu in his flat, and reported huge towers of unread manuscripts, gradually being consumed from the bottom up by rats. The Face of the Buddha was presumably sitting in one of these stacks, but before the rats could reach it, Tambimuttu had returned to Sri Lanka, and the manuscript passed into the hands of his friend and co-editor Edward Marsh –friend of Rupert Brooke, compiler of the important Georgian Poetry anthologies, private secretary to Winston Churchill. Marsh had no sooner taken possession of the parcel than he dropped dead, and his papers were gathered into box files and not looked at much for the next fifty years.

Davenport (after, presumably, making shamefaced enquiries at taxi depots) confessed to Empson that he had lost the manuscript, and so Empson got on unfazedly with his next project, The Structure of Complex Words, to my mind the best critical volume of the twentieth century. Eventually the British Library purchased Marsh’s papers, and while they were being catalogued The Face of the Buddha was rediscovered.

Now, finally, it is being published, by Oxford University Press with an introduction by Rupert Arrowsmith, and there is no book I am more looking forward to this year. Everything William Empson wrote is a joy to me (there is urgent call for his two out-of-print masterpieces, The Structure of Complex Words and Milton’s God, to be reissued); he was incapable of drafting a dull sentence, and perhaps also incapable of entertaining a dull thought. The Face of the Buddha will be published on the 26th May.