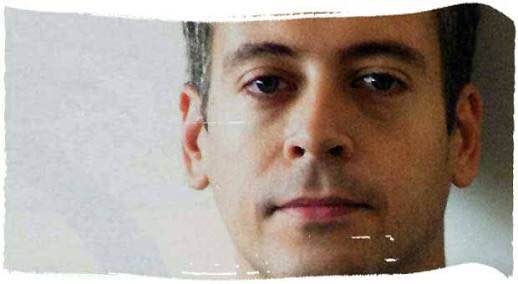 EVENT: Kaya Genç, along with Ece Temelkuran and Daniel Trilling, will consider the state of Turkey on Thursday 15 September at the Bookshop. Book tickets here. Below, in an extract from Under the Shadow, Genç describes the feelings of anxiety, frusturation and release that define many of Turkey's citizens today.

Istanbul was once ruled by keyif, an old word which means both pleasure and a state of carelessness and joy – especially during springtime. For a long time, I thought it was inevitable that books on Turkey would be full of scenes of Istanbul locals drinking cups of strong Turkish coffee in small seaside restaurants, or others smoking water pipes in cafes perched on hills overlooking the city’s Bosphorus Strait – a reminder of an enlightened empire that ruled continents. In April every year, the city’s Judas trees blossom and lines of yellow tulips accompany the roads that lead to the city’s financial centre, distracting even the most determined money-seekers: an hour to reflect on life can always be found in Istanbul. I have long felt the existence of a silent agreement among Istanbul’s locals that they would do anything necessary to keep this state of keyif intact. Most people I know in this town, I thought, would never be exposed to protestors clashing with each other on the streets as the sound of gunfire echoes down Istiklal, or the flash of Molotov cocktails and the unbearable smell that lingers when riot police spray pepper gas into crowds, or the terror of tanks on city boulevards.

How brilliantly deceiving appearances can turn out to be. In the last three years, roughly from spring 2013 to autumn 2016, this ancient, Byzantine, laid-back vision of Istanbul has undergone such a startling transformation as to be almost unrecognizable. Nowadays Istanbul’s reputation is increasingly that of a target of international terror. Stuck between Islamic State in Syria, Kurdish-populated cities in northern Iraq, and the eastern borders of the European Union, Turkey has become a dangerous place to live peacefully. It is like a passage between two rooms, or a tunnel between two different cultures, or a massive figure who stretches his arms between two worlds: the European Union which it had long struggled to join, and the troubled, war-torn cities of the Middle East which it had ruled during the reign of the Ottoman Empire.

It is sad to see my country, once best known for its sugary desserts, its magnificent rugs and the glory of its Islamic culture, becoming the site of bombs, political assassinations and street terror. How things change: as late as 2013, it felt like the only possible cause of street violence in Turkey would be the fight between student protestors and cops. Suicide attacks? Car bombs? Tanks on the streets, and soldiers firing at citizens on the Bosphorus bridge? Unthinkable. I remember a subway commute to Istanbul’s Taksim Square one day in 2013 when I heard the announcement of an emergency lock-down in the station. I ran to the subway exit and was lucky enough to escape above ground at the last possible moment, as riot police moved in. This was during the Gezi Park events in 2013, a time when the only thing that seemed to threaten the country’s peace was the prospect of a demonstration and its suppression.

Nowadays such protests have all but melted into the background. They are replaced by a new, darker, more ominous form of politics: the placing of bombs inside rubbish bins and news about foreign fighters wearing suicide belts walking into tourist groups to kill Europeans. The kidnapping of generals and the killing of anti-coup activists on streets. What makes this even more depressing is that this was supposed to be a country that had achieved a liberal consensus through a process of ‘demilitarization and normalization’, and the sidelining of hardliners to make way for moderates and common sense. Only three years have passed since Turkey was described in such a way, and the country has since become such a violent stage for political conflict that its elderly citizens point to the dark period of 1970s radicalism as a worrying example that parallels the present. Istanbul is recovering from a military coup which killed hundreds of civilians. Two weeks ago, three Islamic State suicide bombers killed 45 people in the lobby of Ataturk Airport.

In the years leading up to the 2013 Gezi protests, all people could speak about in Turkey was reconciliation, consensus and harmony: all signs of order posited against the dastardly prospect of a chaotic era whose arrival needed to be stopped by all means necessary. But dreams of an ordered society were in conflict with the passionate, the hot-headed and the energetic – Turkey’s young people. Many on the left and the nationalist right, as well as in the radical Kurdish movement, objected to the early 2010s atmosphere in Turkey that had been forged around the concept of peace and liberalism, warning the country against an all-powerful Turkish state. All the talk about keyif and the flourishing tourism on Turkey’s Mediterranean coasts, the wisdom of Constantinople’s history, the mysterious bazaars of Istanbul now open to the world’s tourists: that meant nothing to the young, the radical and the ‘othered’. While well-intentioned travellers to Istanbul enjoyed the peace that ruled Turkey, others prepared for war.

The disillusioned and the dispossessed were looking for a day of uprisings. Be careful what you wish for, the popular saying goes, because you may end up getting it.

Book tickets online for ‘The State of Turkey’, a panel discussion at the Bookshop on Thursday 15 September.