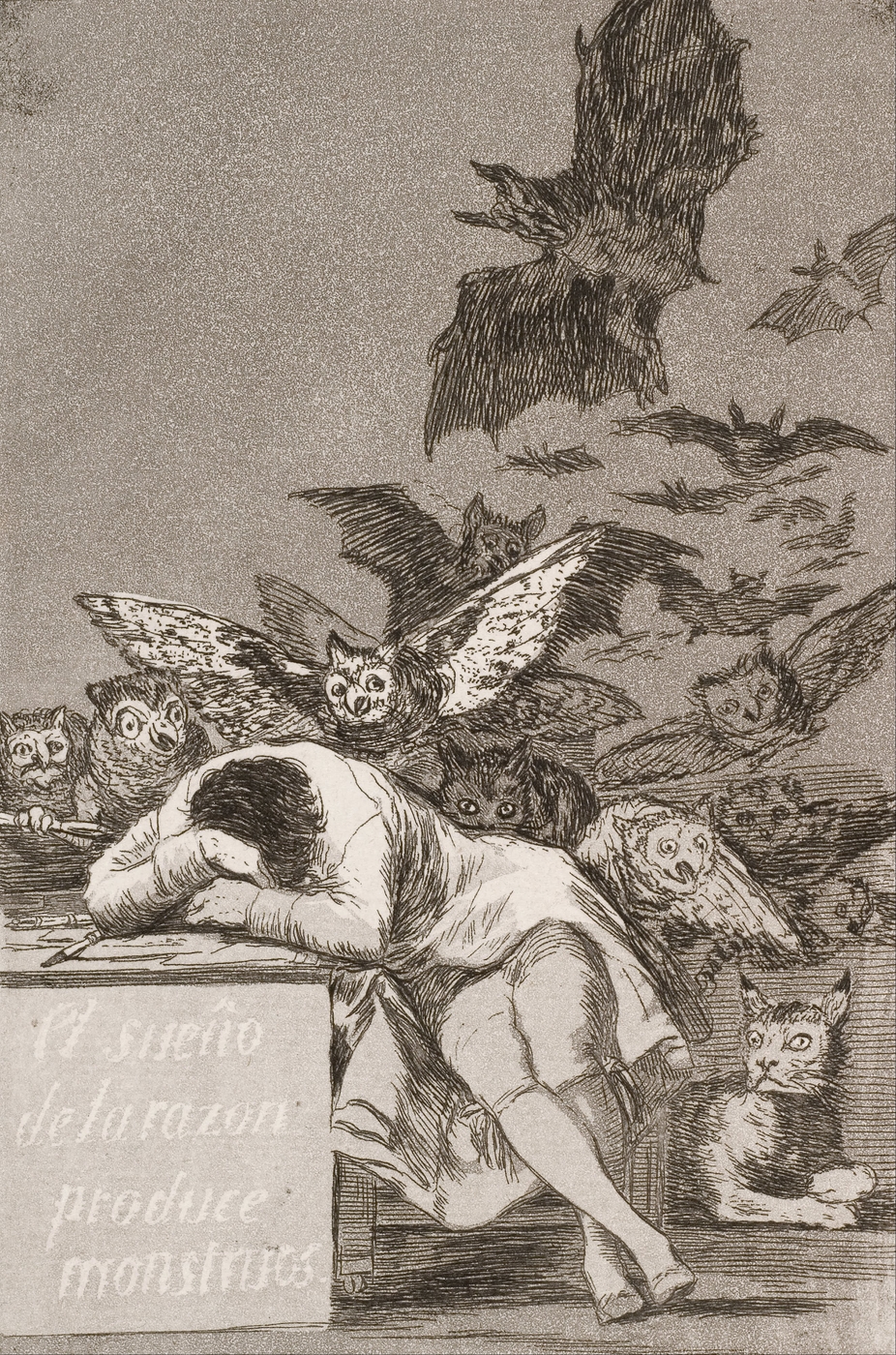 EVENT: Anthony Gottlieb will be in conversation with Julian Baggini about his book The Dream of Enlightenment on Wednesday 14 September. Book tickets here.

You write in the introduction to The Dream of Reason that you ‘approach the story of philosophy as a journalist ought to’. Is this purely a question of method, or do you also have a sense of your potential readership extending beyond the bounds of those normally interested in philosophical ideas in themselves?

Pretty much everyone is interested in philosophical ideas, at least during childhood. But they are easily put off by philosophical books, because it often seems that in order to understand one of them, you have to have read many others. I try not to presume any prior familiarity with philosophical writing, and I hope that this makes my books more approachable—as approachable, I hope, as an article in a general magazine.

The title of both books brings to mind Goya’s famous etching El sueño de la razón produce monstruos. Is the pursuit of reason, and of rationality, an unmixedly good thing, or does it bear some responsibility for the ‘monsters’ of the last two centuries or so?

That Goya title is sometimes translated as the 'dream' of reason, but he really means the 'sleep' of reason, in the sense of the absence of reason. It is this absence of reason that produces monsters. Every pursuit can be taken too far, and any project can backfire; but I have no sympathy for the idea that the pursuit of rationality has on the whole led us astray. We need more of it, not less.

You write brilliantly about how particular ideas have been pressed into the service of ideologies that are quite alien to them, as for instance Neo-Platonism into the service of Christian theology. Can there be such a thing as pure thought, or is all philosophy necessarily embedded in a particular social, political and historical context?

Any philosophy that is so rooted in the time and place of its origin that it cannot be applied to any other circumstances probably isn’t worth much. Good philosophy needs to be able to travel well.

I reckon that there is more progress in philosophy than there appears to be, because when a part of the subject starts to get somewhere, it often ceases to be called philosophy. Also, although we sometimes seem to be still asking the same questions as the earliest philosophers, I think we’re often now asking them in more refined and clearly defined ways. As for whether X is more right than Y, one needs to ask: about what, exactly? Every major philosopher dealt with plenty of issues, and it’s quite possible for a later philosopher to do better than his predecessors on some issues and worse on others.

In what ways (if any!) might the daily life of the ordinary woman or man in the street be improved or enhanced by a fuller understanding of the history of ideas?

I think of the history of ideas as a form of travel: it can put us into the minds of people who lived in very different worlds, and thus broaden our horizons. It helps to give us new perspectives, and to understand how we came to be where we are—intellectually speaking.

Finally, which of your two disciplines, philosophy and journalism, is more likely to save the world? And if neither, is there another contender you can suggest?

There are always problems to be solved and matters that could be improved, but I don’t think that the end of the world is nigh. So I don’t think it needs saving. If it did, I suppose that journalism could be useful for informing people of this fact.

Anthony Gottlieb is at the Bookshop to discuss his book The Dream of Enlightenment on Wednesday 14 September. Book tickets here.