Joanna Kavenna on the Alchemy of Fiction 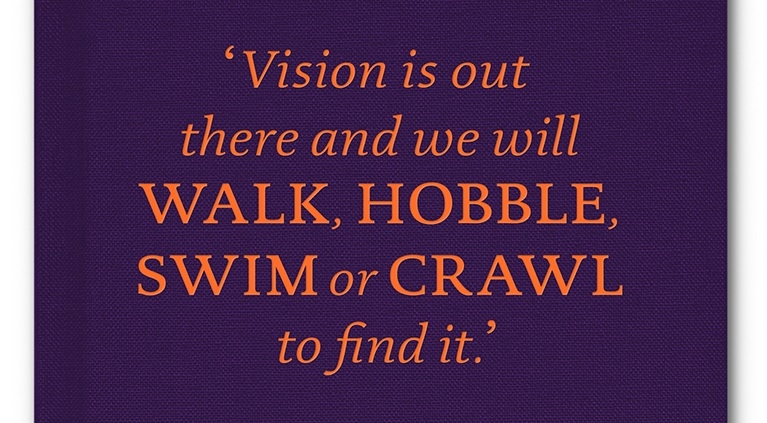 EVENT: Benjamin Markovits, Anakana Schofield and Joanna Kavenna will be in conversation with Theo Tait on Wednesday 31 August, to celebrate the publication of Alchemy (Notting Hill Editions). Book tickets here.

Your essay, Partou Zia’s and Iain Sinclair’s speak about ‘alchemy,’ and the alchemical process of writing, or producing art, or making music. What does this term mean, as title for the book and in the context of the essays?

Yes, Partou Zia quotes a remark by Jung, about how we have no alchemical works by women, and thus we know nothing of their visions. Iain Sinclair has written a lot in previous works, as well as in his introduction here, about alchemy and reenchantment, and the uncanny process of binding impressions, experiences, imaginary traces into a single, ambiguous work of art. In my essay I was writing about the moment when the personality and predilections of the individual author, artist, musician become virtually irrelevant, because they have entered this weird realm in which art, words, music, etc, emerge in a decisive way that seems to have little to do with the individual at all.

Iain Sinclair's introduction also talks about "how molecular reactions fizz between [the essays in Alchemy] to stitch a single hydra-headed, argumentative entity". What role does dialogue and conversation - with yourself, with other writers - play in the writing process (either for this essay, or more generally)?

Yes, I think all writers are engaged in a conversation firstly with readers and also with other writers. To me, the essay is an idiosyncratic monologue that seeks to open a conversation with the reader. So the essayist is saying, ‘I see reality in this way. How about you?’

'When one is actively involved in a work it acts like a magnet to metal filings – all sorts of surprising things suddenly enter its orbit,' Gabriel Josipovici writes. What does this remark mean to you, as a writer?

There is a strange and, yes again, alchemical process that occurs when you’ve become alert to an idea or a set of ideas. At the end of The Alexandria Quartet, Durrell writes, ‘And I felt as if the whole universe had given me a nudge!’ Is it the universe, or something lurking within consciousness, or is it a form of intense attention?

'When we start writing fiction there’s this gap we have to bridge between the uneventfulness of our experience and the drama that we think is supposed to take place on the page' (Benjamin Markovits). If one of the reasons that readers read is to find themselves reflected back, why is it that the 'quiet' novel is such a hard sell? Why do we put such a high value on drama and conflict?

Virginia Woolf said that ‘There are no battles, and no murders and no defeats and no victories.’ As a novelist you can choose whether to focus on battles and murders and defeats and victories or whether to focus on people going to work, or buying flowers, or falling in love or offending their neighbours with an ill-judged conversational foray. Ultimately, reading/writing is all about taste – some people want high drama and mesmerising carnage and some people want five thousand pages where nothing happens over and over again. There is no such thing as general reality, no fixed hierarchy of significance, to which the worthy author must adhere. ‘

Anakana Schofield's essay engages (amongst other things) with the question of 'the chronic conflation of fiction & life', something that's been a hot topic in recent years, with Karl Ove Knausgaard widely feted for his own conflations, but (mostly female, mostly online) essayists vilified for 'confessional journalism'. Do you think we've gone too far in our hunger for the autobiographical? As a literary audience, have we lost our basic respect for the majesty of making stuff up?

To me, the imagination is part of real life – we are all partly imaginary, partly invented – in our stories, moments of speculation; in the portraits we craft of other people and ourselves. So we are all making stuff up all the time. But, we can’t tell precisely when we are making stuff up, and to what extent; to forge an adamantine distinction between reality and fiction, you would need to be omniscient, so you could see all realities, all fictions, throughout all time.

For more on Alchemy, read our Q&As with Anakana Schofield and Benjamin Markovits.