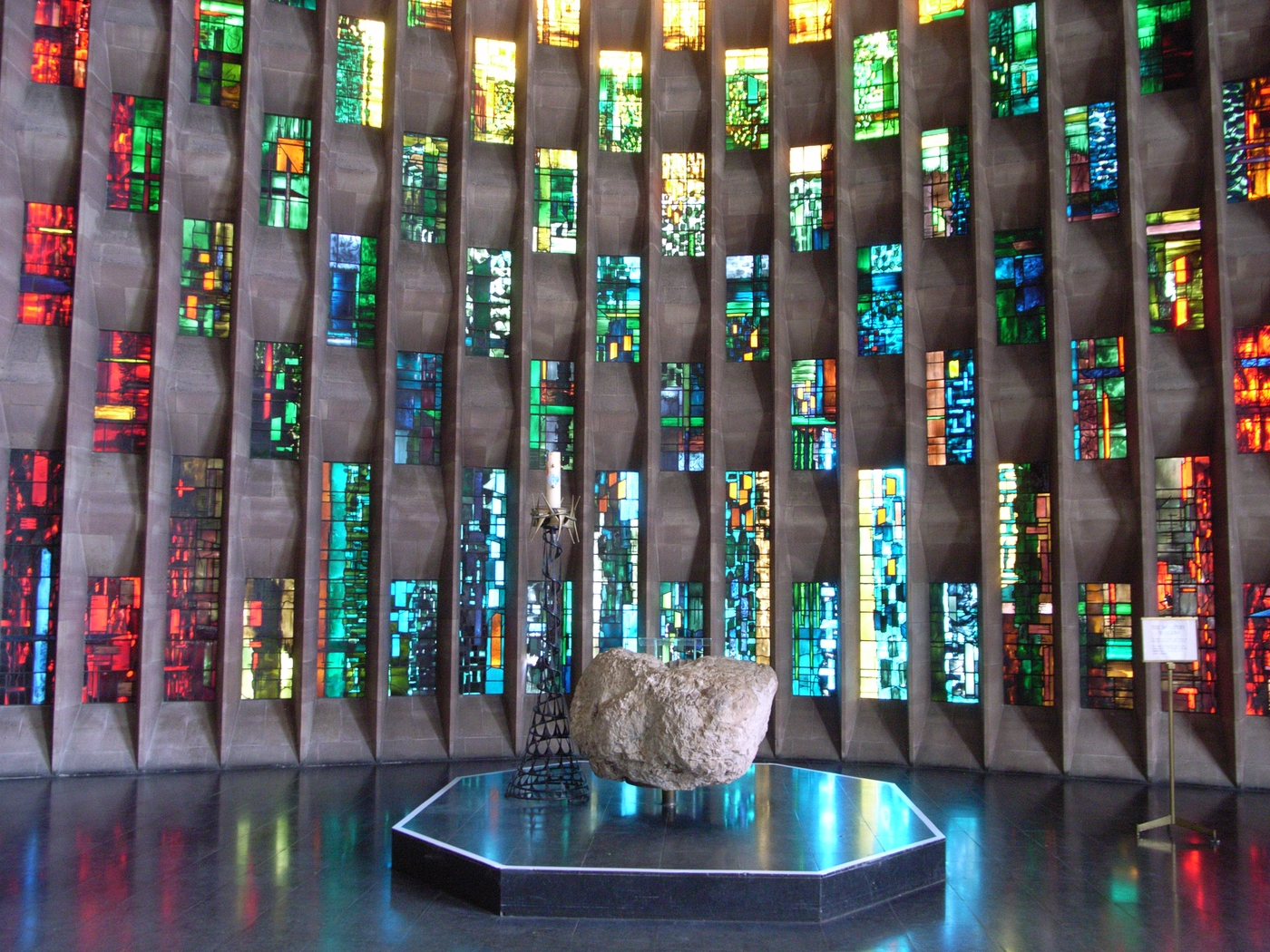 EVENT: Sarah Moss will be in conversation with her editor Max Porter at the Bookshop on Tuesday 26 July. Book tickets here. Below, Sarah writes about the books that informed the development of her latest novel, The Tidal Zone.

The Tidal Zone is about a family building a new normal after the sudden and critical illness of a child, learning to live well and creatively in the face of death. Adam, the narrator, is writing a history of Coventry Cathedral, built in the aftermath of World War II and at the beginning of the Cold War, and he finds the narrative of architectural history interweaving his responses to his daughter’s emergency. Meanwhile, Adam, house-husband as well as writer, has to go on cooking and cleaning and washing clothes.

I read everything I could find about the bombing of the old Coventry Cathedral and the building of the new one, quite a lot about writing after the traumas of war and some of the medical scholarship on anaphylaxis. (If you’re really interested, I’d suggest: Richard Pumfrey, ‘Anaphylaxis: Can we tell who is at risk from a fatal reaction’, Current Opinions in Allergy and Clinical Immunology 4(4): 285 – 290, 2004’ – answer: no, not well enough for narrative security; also, Emergency treatment of anaphylactic reactions: Guidelines for healthcare providers, Working Group of the Resuscitation Council (UK), January 2008. Also handy for novelists.)

Basil Spence – Phoenix at Coventry: the Building of a Cathedral

Spence’s own account of designing and building the cathedral. I was worried I might not like him in his own words, that a man of that generation building something intended to replace a national landmark and last five centuries would have acquired an unbearable ego in the course of doing so, but he has that lovely mid-century self-deprecation and also a cheering pleasure in his moments of triumph.

Hutton’s biography, with lots of pictures. He’s very interesting and complicated. I might go back to him one day…

Fuchsia Dunlop – Every Grain of Rice

Adam cooks that black bean and chilli thing from the Chinese cookbook while the girls bicker about chopsticks and Orientalism. It’s on page 98 and works with tofu if your Jewish or Muslim guests are more observant than Adam’s father.

Unfair to choose one from the huge literature on the bombing of Coventry, but many of them are written by retired military men who were much more interested than I am in the hardware involved. This one’s about the people.

A writer and survivor thinking about the words for concentration camps. On writing after the Holocaust: ‘Art constantly challenges the process by which the individual person is reduced to anonymity.’

I had a minor disagreement with the copy-editor who said I shouldn’t refer to Sebald as if everyone knows who he is. If you don’t: here. This book shapes my thinking about memory, heredity and war in Europe and I remember it every time I look at the West Screen in Coventry Cathedral.

‘The Tidal Zone’ is published by Granta (£12.99). Sarah Moss and Max Porter will discuss the book at the Bookshop on Tuesday 26 July.