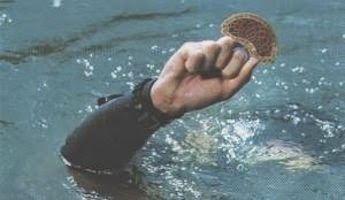 Simon Armitage will be at the shop with Bernard O’Donoghue to read from and discuss his new translation of Pearl, the Middle English masterpiece from the anonymous author of Sir Gawain and the Green Knight.

There is little we can say for certain about this mysterious author. David, the bookshop’s assistant manager, is not even convinced both poems are by the same person. The dialect in which the poems are written seems to be that of Cheshire or Staffordshire, and it has been argued that the landscape of Sir Gawain also reflects this. Academic opinion seems to be fairly unanimous in dating the poems to around the end of the 14th century.

In many ways, Pearl is a precursor to the modern detective story. The protagonist investigates the loss of his ‘priceless pearl’ (which stands in also, we realise, for his beautiful lost daughter), and is transported in a dream to the outskirts of paradise, where he sees across a broad stream the outlines of the city of heaven. To a reader familiar with Colin Dexter’s Inspector Morse novels, all this will call up immediately The Jewel that Was Ours, filmed as The Wolvercote Tongue and starring John Thaw as Inspector Morse and Kevin Whateley as Detective Sergeant Lewis. The role of the ‘Beautiful pearl that would please a prince / Fit to be mounted in finest gold’ is taken by the eponymous ‘tongue’, one half of an ornate Anglo-Saxon buckle, which is stolen from an American tourist who is found dead under mysterious circumstances. As for the ‘heavenly city’, it is plainly an allegory or exemplum for the very earthly city of Oxford, where Morse and Lewis carry out their deliberations as part of the Thames Valley Police Force.

Although Max, the pathologist, believes the tourist to have died of natural causes, Morse is suspicious. (There is no direct analogue to Max in the Pearl text, though the allusion to the Psalms in st.57, ‘He who did no harm with his hands, / Who harboured no evil or hurt in his heart, / shall find in heaven a firm footing’, is perhaps intended as a reminder of the acerbic pathologist’s fundamentally good nature.) His suspicions only increase (st.23, ‘you falsely infer your fate is a thief’) when a body is dragged from the Cherwell (st.5, ‘The water was deep and I didn’t dare wade’), battered and naked, leading to a long and memorable discussion between Morse and Lewis about nakedness. (Again, this discussion has no direct parallel in the Pearl text: but Cleanness, also in the Pearl manuscript and believed to be by the same poet, is directly in this tradition.)

Since you heap blame on the healing balm, [Lewis,]

I judge you to be no natural jeweller.

It would be a shame to spoil the end of either Pearl or The Jewel that was Ours – suffice to say that much beer is consumed (in Morse), there is a long description of the chrysolite (in Pearl), and that the protagonist ends up being torn away from that ‘fair country, / Exiled from all its exquisite sights’ – just as, we imagine, Lewis drove home (as the closing credits rolled) to his regular meal of egg and chips, cooked up for him by the indefatigable Mrs. Lewis, and Morse slumped down on his sofa to another evening of opera, whisky and dejection. May they live both as his lowly servants, and beautiful pearls, pleasing to him. Amen. Amen.