From our own correspondent: Barney eats his way round Georgia 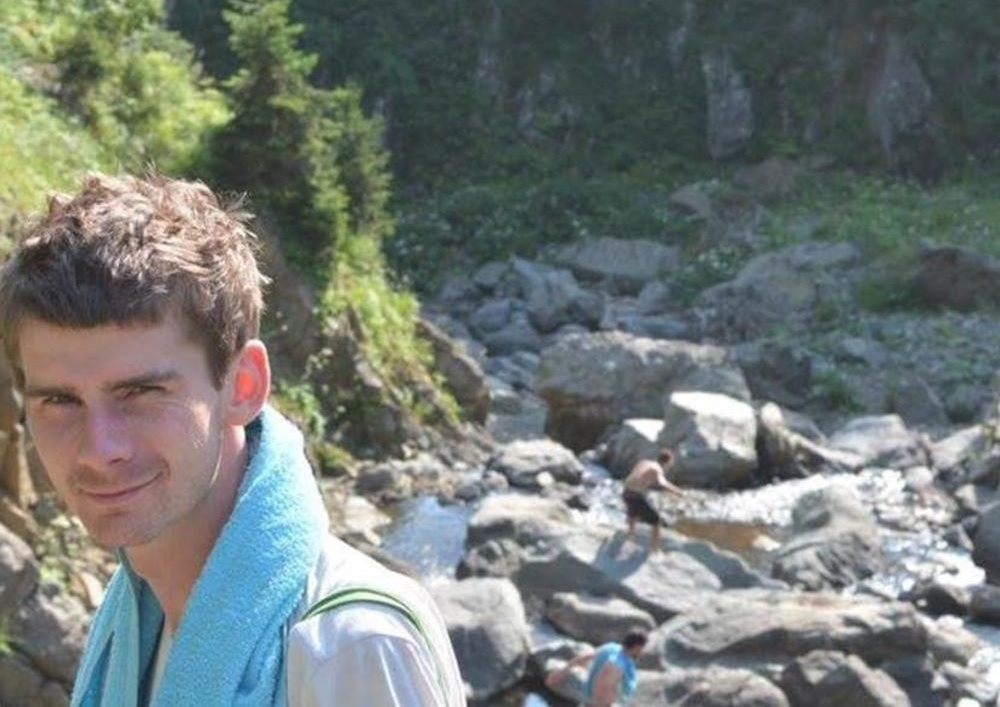 At our next Late Shopping evening on Wednesday 6 September, we'll be celebrating the cuisine of Georgia. Book your free ticket here. In preparation for the evening, our sometime colleague Barney, currently on location in the heart of the steppe, sends this report.

The poster boy of Georgian cuisine is probably the khachapuri. It’s bread with cheese inside or on top (or both). Puri means bread, khacha means curd or cream cheese. To pronounce the first consonant of khachapuri in proper Georgian fashion, simultaneously make an ‘h’, a ‘k’, a ‘ch’, with a hint of ‘r’ and a pinch of ‘g’ and do it all right at the back of your throat, virtually the top of your oesophagus, as though winding up for an almighty spittoon shot. This noise is not accessible to most native English speakers. I tend, lazy monoglot barbarian that I am, to just cough up a phlegmy ‘k’. It works fine. The cheese involved is usually sulguni, a versatile workhorse in Georgian kitchens. It’s not mozzarella, it’s not feta, it’s not halloumi, but it’s not unlike all of them. It’s rubbery to cut, melts well, sets quickly, is salty and slightly sour, yet capable of creamy assignments, and somehow manages to be strong but not problematically rich. It combines easily with many herbs, particularly tarragon and mint and the beautiful aniseedy purple basil which, along with flat leaf parsley, sits in enormous bunches at the end of every table of every food stall in the country. As well as featuring on tacky signs and menus in Georgia’s more established tourist spots, khachapuri is a genuine staple among Georgians nationwide. They eat it at any time of day, at home or out and about, often unaccompanied by other dishes.

There are several variants of khacahapuri, each from different regions of Georgia. The most ubiquitous are the Imeretian and the Adjarian, the latter better suited to pictures in tourist brochures because of its distinctive raw egg and butter topping, the former better for eating because of the lack of a raw egg and butter topping. The Adjarian version is the shape of a sort of boat, and the cheese sits in a big puddle in the middle, and then the egg goes in the puddle with a big knob of butter. The idea is that you tear off chunks from the hull of this boat and dip into the liquid cargo. It’s more marketable because it looks weird to western Europeans and offers a novel method of consumption, but in practice the bread has to be tough and thick to hold its shape, which makes it too stodgy for satisfying combination with the cheesy-egg-butter lava, and because that lava is exposed once out of the oven, it often cools to a firm, inadhesive texture by the time you’re trying to get stuck in. The Imeretian version looks like a pizza with no toppings, and is best sliced like one. The sulguni is inside, so once cut it oozes out between the gaps in an attractively messy way. It is not as photogenic, but it offers a far superior ratio of bread to cheese, the cheese stays warm, and it’s easier to transport. In the restaurant where I work, the sulguni is mixed with tarragon, which adds a bit of depth to what can otherwise be a somewhat monotone cheese offensive. Served with a salad and a shared with a friend, a fresh khachapuri makes a fine light lunch.

However, khachapuri’s attention hogging in most restaurants and cafes is a little distracting. It is not the best Georgia can do. Nor is khinkali, iconic meat soup dumplings, which invariably offer a mixed experience to novices like me because for every delicious mouthful your hands get scalded by the liquid that bursts out. Predictably, the best food here is not complicated or particularly wacky. My favourite dishes hail from Svanetti, where stews and soups are spicy but not hot, slow cooking methods predominate and fresh ingredients are on hand. Svanetti is a notoriously independent and distinctive mountainous region of northern Georgia, whose natives are allegedly tougher and fiercer and slightly crazier than their paler-skinned cousins in the south. In Georgian jokes, Svanettians play the role filled by the Irish or Belgians in British or French jokes. The inaccessibility of their mountain villages allowed them to develop a culture in partial isolation from the rest of the country. I can’t speak for their music, dancing or weaving, but their food is the best. A kubdari looks the same as an Imeretian khachapuri, but has spiced pork and onion inside instead. Ajapsandali is a deceptively simple vegetable stew which uses aubergine for its base, and can easily give the best Provençal ratatouille a run for its money. Svan sous is a rich pork and potato goulash, perfected over the centuries to sate the appetites of hungry husbands returning from days spent shepherding in the mighty Caucasus mountains, no doubt striding through blizzards while fending off wolves. In a word, it is hearty. What these all have in common is the liberal use of the Svanettian’s secret weapon: svan salt. The recipe is closely guarded, etc etc. Clearly it contains paprika, garlic, pepper and salt, but there’s much more to it and I don’t know what. The cooks here, who are Svan, bring it from home in big sacks, and it sits in buckets in the kitchen, for us to take big rust-coloured pinchfuls to chuck in just about anything. I’ve discovered I rather like it instead of normal salt with my boiled egg and soldiers in the morning, which I eat while watching dogs the size of endangered big cats chase fourteen year old boys on saddleless horses, and the lunar hills of the Kakhetian steppe turn steadily brown.

[I am currently living and working in a restaurant and hotel in southeastern Georgia called Oasis Club. Please visit me, and bring some books - the only English language one I can find is the Official Arsenal Supporters Handbook, which while obviously very improving and so on, has so far not benefited from multiple readings]