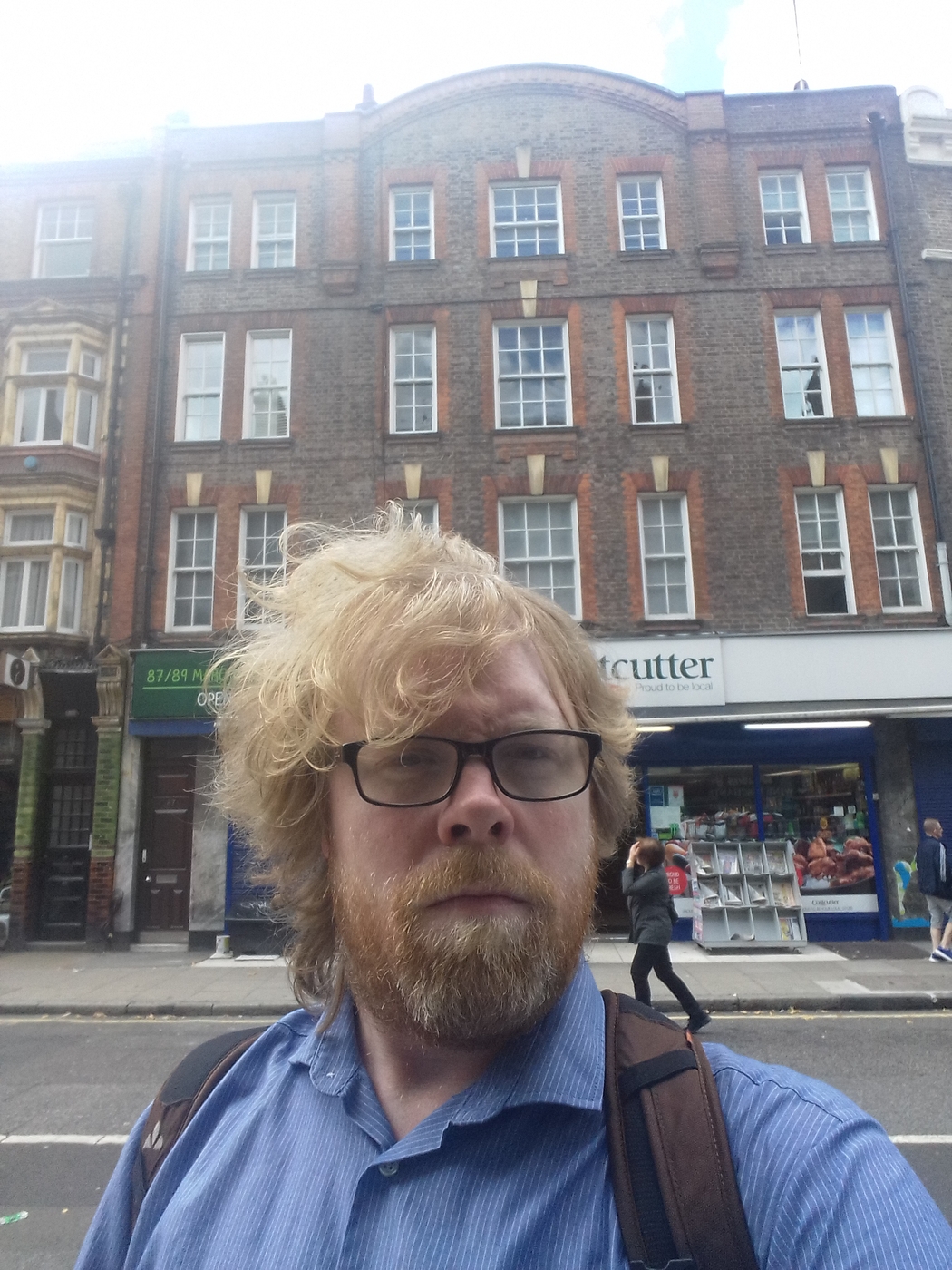 Starting from the bookshop, how many poets' houses is it possible to visit in a single lunch hour? I decided to find out.

17 Red Lion Square - D.G. Rossetti and William Morris
The walk gets off to a good start with this handsome twofer. (I've been reading Morris's poems this summer for the first time and really enjoying them; somebody should bring out a nice new edition. 'The Haystack in the Flood' is particularly good.)

18 Rugby Street - Ted Hughes and Sylvia Plath
This one might be cheating, somewhat, since they didn't actually live there, but it's en route and it would be a shame to miss it; the house where Hughes and Plath spent their first night together, and which Hughes would later describe in an especially dull poem from Birthday Letters.

30 Doughty Street - Charlotte Mew
Mew's nursery was in the attic at the top of the house. The upcoming Julia Copus biog sounds really good.

44 Mecklenburgh Square - H.D., D.H. Lawrence and Richard Aldington
I wonder if H.D. knew she was living round the corner from the house where Charlotte Mew grew up.

12 Argyle Square - Rimbaud
There was originally a plan to get a bus to Royal College Street, to see the London house where Rimbaud and Verlaine lived, but I decided it was too far off and anyway the walk could take in this house instead - a shabby hotel where Rimbaud stayed with his family, before catching a train from Kings Cross up to Scotland.

65 Marchmont Street - William Empson
The flat where Empson finished Seven Types of Ambiguity. Sylvia Townsend Warner remembered visiting him here, and how they toasted crumpets over the electric fire, which is the last anecdote anyone tells about Empson's eating habits that won't put you off your lunch. (By the way, while we're on the subject of STW does anyone know the address of Valentine Ackland's Bloomsbury flat? I'm pretty sure it was round here somewhere, and it would be nice to be able to add an extra poet to the itinerary.)

30 Torrington Square - Christina Rossetti
If you take this walk on a Thursday, you could stop for pasta here at the 'Seriously Italian' farmers' market stand; it's amazing, especially the pistachio gnocchi.

(10 Thornhaugh Street - Eliot's offices at Faber and Faber)
This doesn't really count, but since you're going past it anyway, here's where T.S. Eliot had his office - now it's SOAS admin, but there is a plaque.

28 Bedford Place - T.S. Eliot
But this one definitely does count.

Southampton Row - Thomas Gray, Thomas Wharton and William Cowper
You cross Southampton Row early on in the walk - when you do, have a look down and say a prayer for these three jolly boys of the eighteenth century. Their houses have long been demolished, and where they stood is probably impossible to find out, so they shouldn't be counted towards the total, but even so...

That gives you the homes of eighteen poets in an hour, a frankly astonishing rate of one poet every 3 minutes and 20 seconds. What about lunch options? I went for a battered Saveloy from the 'North Sea' chippie on Leigh Street (in memory of Heine, who spent his summers on the North Sea); you also go past an alright banh-mi shop, the excellent Fork cafe on Marchmont Street, or the unYeatsian but otherwise excellent sandwich shop on Woburn Place. If you know any poets who should be added to this walk, do let me know; or if you have any alternative walk which takes in more poets. Start and end points must be the bookshop, there must be at least one plausible lunch option, and I've got to be done in an hour.