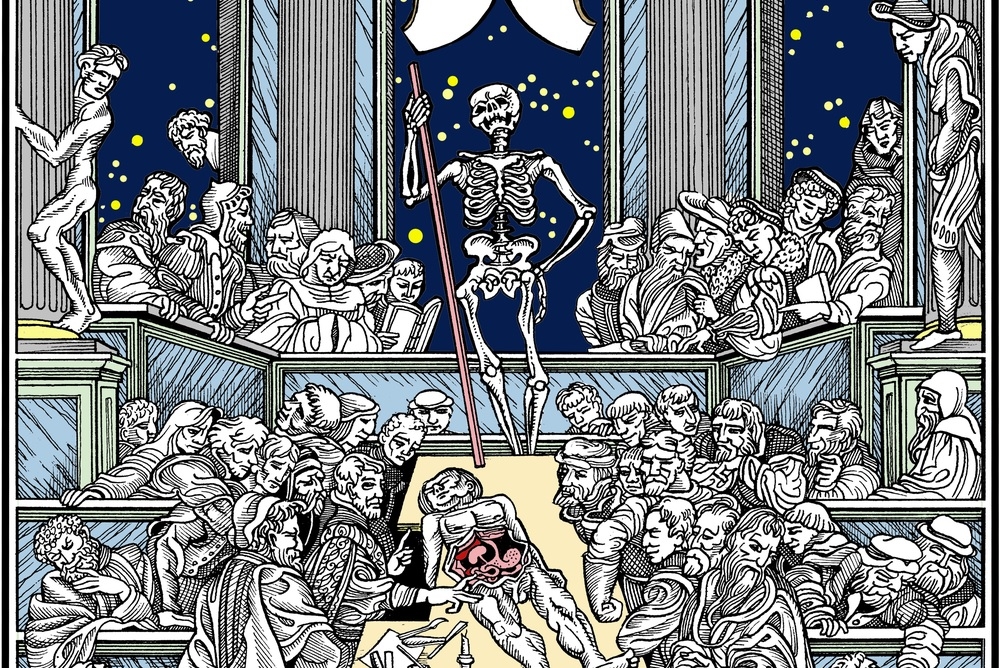 There’s an exhibition of Alasdair Gray’s art currently on at Coningsby Gallery in Fitzrovia. On display are beautifully delicate line drawings – many never shown publicly before – and joyfully powerful female nudes, as well as newly coloured prints of the title pages from Lanark, which have me genuinely considering not eating for the next year or so so I can afford a set of my own.

The most startling thing about the exhibition, though, is that it’s the first ever solo exhibition of Gray’s work to be put on in London. It’s taken until his ninth decade for London to bother having an exhibition to celebrate one of Britain’s greatest living artists. Which set me to thinking about how much of Gray’s literary output we sell here in the Bookshop. And the answer, pals, is not nearly enough.

In his holistic approach to the making of a book – from the cover design to the typography to (obviously) the words themselves – there is no one who is so consistently innovative. From his debut novel, the bewilderingly brilliant Lanark – a better debut novel you’ll not find, and I’ll fight anyone who claims otherwise – Gray’s publishers have been admirably willing to give him free rein over the design of his books, and as a result each one is an absolute treasure, inside and out. Remove the beautifully illustrated dust jacket from any Gray hardback and you’ll find a beautifully foiled cover underneath; inside, there’s more engrossing illustrations and playful typography; and the stories are pretty good too.

And yet. We sell only the odd copy of Lanark and very little of most of the others. 1982, Janine, Gray’s favourite of his novels, is the exception here, and that’s only because I stuck a recommendation label on it pointing out how totally filthy it is, and only then did you guttersnipes fall in line to buy it.

Sort it out, lads. Here’s a list of his books – come and buy them.

Alasdair Gray’s Life in Pictures continues at the Coningsby Gallery until Saturday 12 August.