'If the people lead, the leaders will follow': Ann Pettifor on feminism and reforming the global economic system 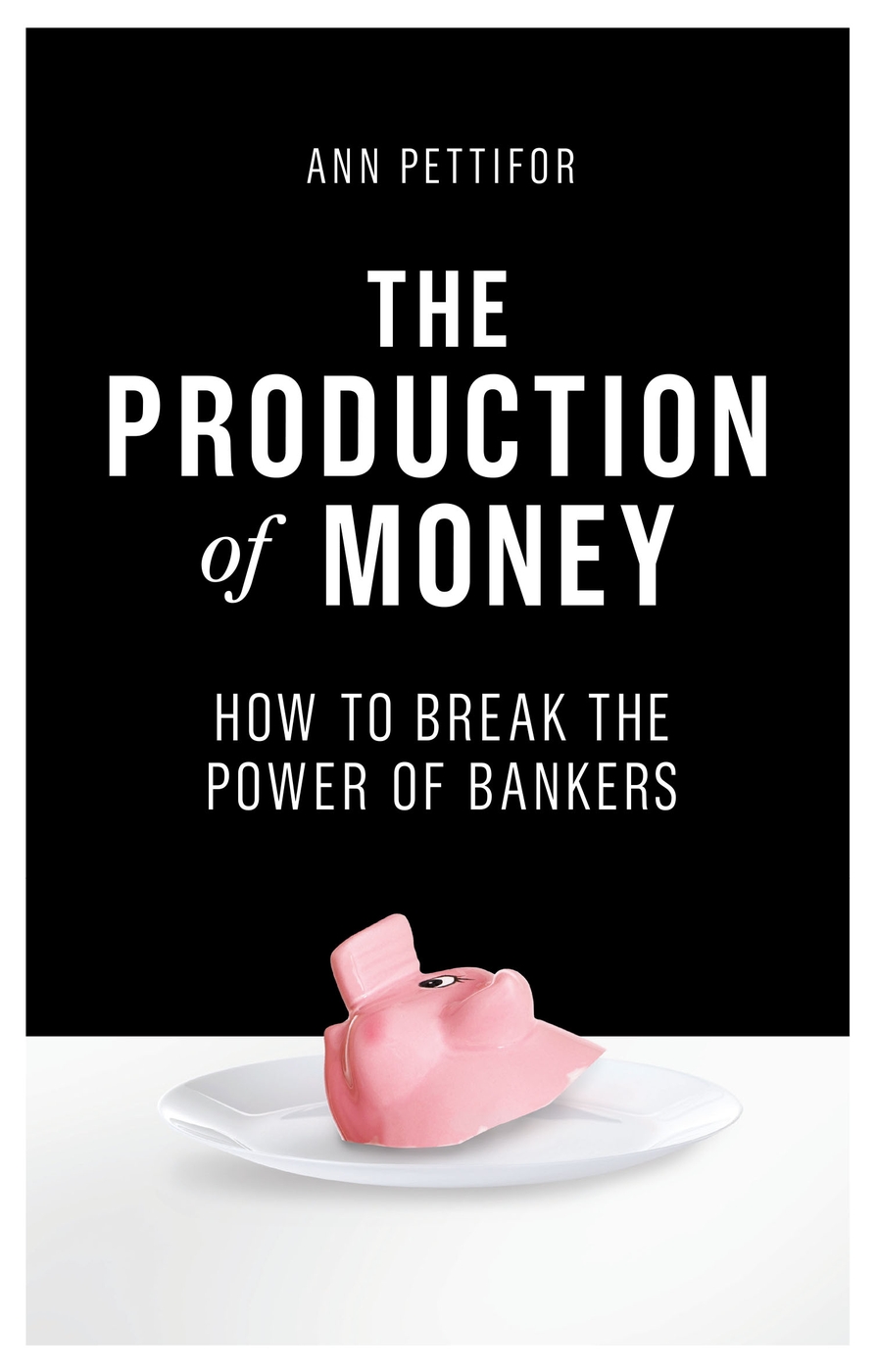 EVENT: Ann Pettifor will be at the shop to discuss money as a feminist issue, with Ellie Mae O'Hagan on Thursday 16 February. Below is an extract from her new book The Production of Money, just out from Verso Books, on why women need to take the lead on the reform of global financial systems.

Given the defeatism of our leaders, it is imperative that the people lead. In particular, there are two overlapping groups in society whose engagement in [the global economic system] is vital. If they take the lead in debates about the monetary system, the need to bring offshore capitalism onshore, the management of credit creation, and the management and pricing of credit, they will stand a much better chance of securing their objectives.

The first are women; the second, environmentalists.

For women the issue is central because, first, while women are largely responsible for managing household budgets, they have on the whole been excluded from managing the nation’s financial system and its budgets. Thankfully this is changing with the appointment of women to critically important posts within the economy. However, women students, working women, the members of Mumsnet, business women, all largely stand on the sidelines of debate about monetary theory and policy. At present the networks that dominate the financial sector are overwhelmingly male, and often shockingly sexist. Their dismissive attitude towards half the population and their enjoyment of an unequal distribution of knowledge are not coincidental. They are part of the same despotism that harms the great majority, male and female, and that feminism is uniquely well placed to challenge. If nothing else, feminists should want to challenge the friends of finance every time they utter the phrase ‘any housewife will tell you that you can’t spend money you don’t have’. I hope I have shown that this is nothing more than a ruse to obscure the realities of credit creation and to enlist prudent women of modest means to support policies that serve the interests of wealthy and reckless men.

Secondly, the refrain ‘there is no money’ most frequently applies to women’s interests and causes. While there is enough money to bail out bankers, there is never enough money to fund all the social services women provide to society. There is never enough money to reduce high rates of maternal and newborn mortality across the world; to pay fair and decent wages to women and to provide adequate and high quality childcare for women at work. The creation and managementof society’s money does not currently loom large in contemporary feminism. But it is a feminist issue, and is central to the liberation of women from the servitude of unpaid work.