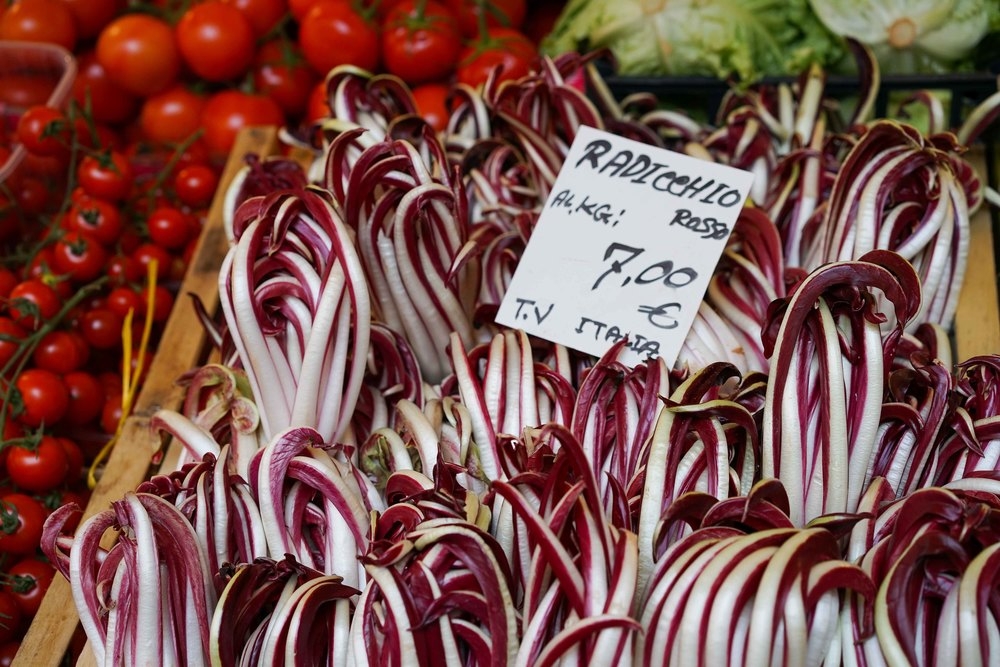 Valeria Necchio will be enlivening our July Late Shopping with food from her new cookbook, Veneto. Here, she explains what makes the flavours of the Venetian region unique.

To talk about Italian food is to talk about something that doesn’t really exist. It is to talk about an artifice, a concept crafted in recent times with the aim of creating something easy to communicate and, in a way, to export. What should really be discussed is regional Italian food, and, within this, the kaleidoscope of vibrant and diverse local traditions that cohabit each of Italy’s twenty regions.

What is often overlooked is that Italy is a relatively young country: its unification occurred in 1861. Before this date, its history is one of fragmentation, with each territory having its own culture, language and, as it happens, cuisine. The result is a complex culinary map, where the food of Sicily has no connection with the food of Lombardy, and the food of Piedmont has more in common with the bordering French regions than with the food of Tuscany.

Venice, and by extension the Veneto region, are no exception. During the period of La Serenissima (the Republic of Venice, a maritime sovereign state that ruled for over 1000 years, until 1797), the city’s commercial and naval power led it to become a melting pot of people and cultures hailing from the Mediterranean, the Levant and beyond – each contributing their array of flavours and traditions to the foodscape of the city. (A special mention goes to the Jewish community, who were present in Venice before the turn of the first millennium, and whose food traditions remain deeply engrained in the culinary heritage of the city.)

What’s particularly striking and unique about Venetian cuisine is the heavy use of spices, dried fruits and nuts, and the tendency to pair sweet with savoury, or sweet with sour. This is certainly a direct result of the city’s established trading tradition – spices abounded in Venice more than anywhere in Italy – but it also denotes a taste for the exotic and an openness to new flavours that has no equal on the peninsula.

And yet, on the terrafirma (the inland) things were – and still are – very different. Any trace of exoticism gets lost on the journey. Spices, with the exception of cinnamon, give way to more ‘earthy’ notes. Food becomes hearty, substantial, and bound to the land. Poultry and pork replace the abundant seafood just as farmhouses replace the shiny palazzi. What remains unchanged are the two starchy staples of choice: corn, often consumed as polenta; and rice, usually eaten in soups.

Many food writers have attempted to distil the larger-than-life culinary soul of Venice and the Veneto region into cookbooks, with mixed results. With Veneto, however, I wasn’t aiming to compile an encyclopaedic tome. Rather, I wanted to share a personal account of the food of my home region, through the lens of my individual experience growing up in a rural corner of the Venetian inland, as part of a family that cherished food above all things. For me, the recipes are just as important as the stories that come with them.