Sheila Fitzpatrick tells Mischka’s story of the bombing of Dresden 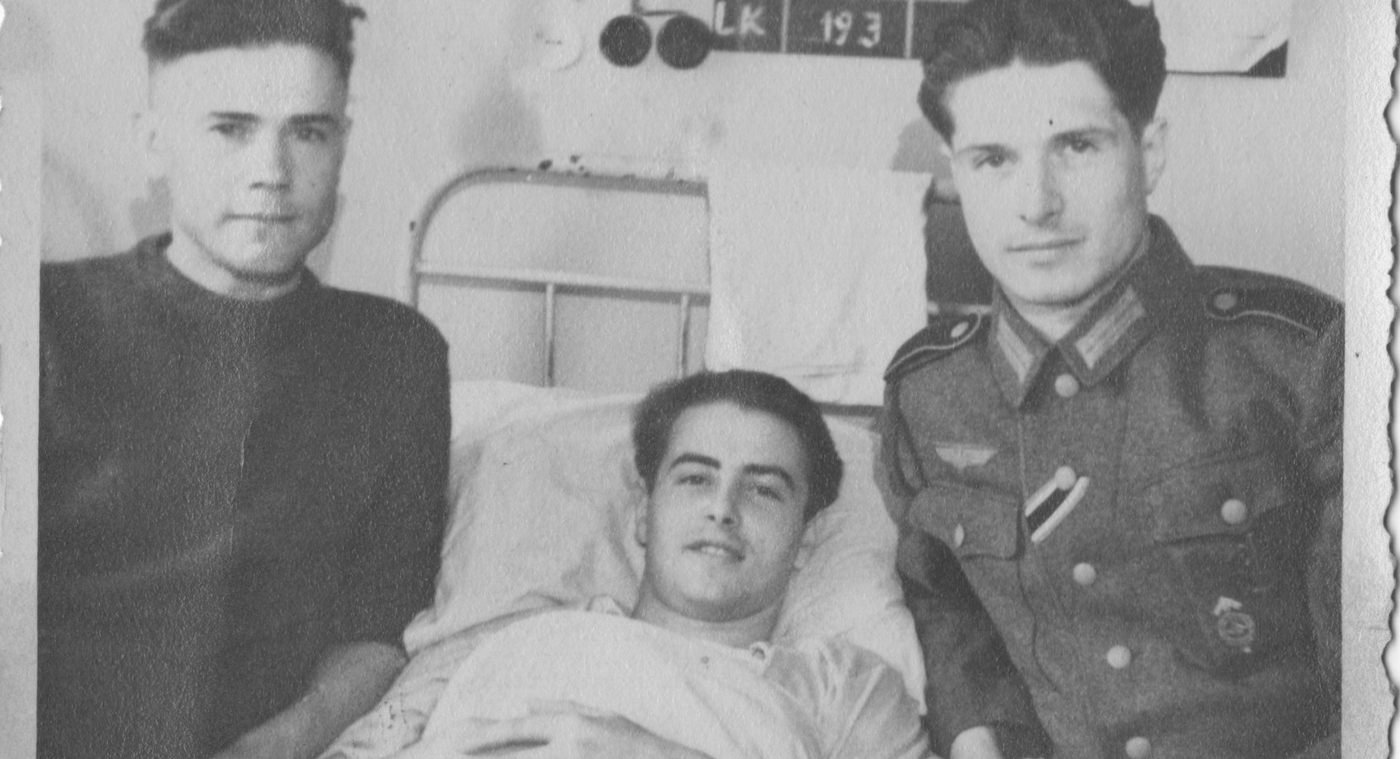 EVENT: Sheila Fitzpatrick is at the Bookshop on Friday 30 June to discuss Mischka’s War, her account of her late husband's extraordinary journey through Europe in the 1940s, with London Review of Books senior editor Daniel Soar. Book tickets here. Below, in an extract from the book, she recounts Mischka’s memories of the bombing of Dresden in April 1945.

In the winter vacation of 1944–45, Mischka took off on a tourist trip, which he described to his mother as ‘positive in the highest degree’. This is one of the small surprises of research, to find that in the middle of the war, just months before the Soviet Army crossed the German border, Mischka was calmly taking a holiday. He went to Munich, Garmisch-Partenkirchen and Innsbruck, fell in love with the mountains and found people in the south much nicer. On the way back, he swung through Vienna, called in on the Loefers and probably parked a suitcase with them. Leaving suitcases, and then later collecting them, is one of the leitmotifs of the Danoses’ wartime experience—and not only theirs. When you have lost most things, it’s very important where you left the rest; these are places where you have planted a small part of yourself, places that could be, or could have been, a home. Marlene Dietrich has immortalised this in her haunting song of the early 1950s, ‘Ich hab’ noch einen Koffer in Berlin’ (‘I still have a suitcase in Berlin’).

The Munich–Innsbruck trip was the end of Mischka’s (comparatively) carefree wartime life in Germany, however. By this time, as Mischka told it to me, Olga and he were anticipating a relatively imminent German defeat, and Dresden, in the east of Germany, was likely to fall under Soviet rather than English-American occupation. The plan was to get themselves to Flensburg, close to the northern border with Denmark, and, if possible, over the border. Mischka’s interest in Denmark was because of the physicist Niels Bohr in Copenhagen, but Olga, with her broad network of useful acquaintances, probably had some contacts there, as she did in Flensburg. They both started to pack up, the plan being to travel separately. (When I asked why they went separately, Mischka looked surprised and said it was obviously the best way: if one fell into misfortune, the other wouldn’t be dragged in.) Mischka had a room in a big, cold house in Dresden with a congenial landlady. He decided to give a farewell party on 13 February 1945, before setting out across Germany via Hamburg to Flensburg. That happened to be the night the Allies bombed Dresden and reduced the city to rubble.

Mischka left two accounts of the Dresden bombing. One was in his diary, which he wrote up two months later, in April 1945, the other written for me as a musing half a century later. The similarity is remarkable, all the more as I am almost sure that Mischka had not reread the diary and indeed had forgotten about its existence (I found it in a box of his mother’s papers after he died).

The musing is as he wrote it, with only typos and some idiosyncrasies of spelling corrected:

Around February I had decided that the time approached when I will have to leave Dresden. The Russians made steady advances, and who knows when and where the Allies would be. Also, any occupation would be associated with at least artillery, more likely also with air and tank assaults. We had talked with my mother about what to do and had decided to ‘evacuate’ to Flensburg, border town to Denmark. No, or at most very little, war activities should happen there. In preparation I decided to give a goodbye party. Indeed I invited some 6 or 7 acquaintances, students all, to my place. As a treat I made kissel [a Russian fruit jelly], I forget with which fruits as the base. So, we were eating that stuff, when suddenly, without any warning or reason the door, which was closed, keeled into the room, it seemed quite slowly, but inexorably, and remained on the floor in a horizontal position. That interrupted the party, and in fact ended it; we walked down into the basement, where there already were the neighbors, with distraught expressions on their faces, standing around and not talking, but listening—which we also commenced to do, and indeed some noise of explosions, distant, could be heard. Then nothing further seemed to happen; so I went to the basement entrance and looked out, and saw 2 Mosquitoes (British 2-motor fighter-bombers, made of wood) passing overhead, but doing nothing. After they left, nothing. A lull took over. With the finality of that interruption the party disbanded, and everybody started out for their homes. Having invited the Karl May girl, I felt responsible for her safe return home, which was diagonally across town, in the town section der Weisser Hirsch.

So we start out, pass the Technische Hochschule [technical university], and reach the quite wide street leading to the Hauptbahnhof [main railway station]. But it looks ominous: flames emerging from windows on both sides of the street, the region around the Hauptbahnhof at the end of this street unclear. I decide to get an overview before continuing; behind the TH there are fields on the side of a hill; at the summit there used to be anti-aircraft guns, but just very recently departed. Indeed a clear overview: throughout the town here and there fires breaking through roofs; no direction seems clear. While contemplating the situation airplane noise becomes noticeable, and indeed as if the devil pokes: here and there in town immense fires erupt, sparks, flames, and everything: the explosives air raid commences. The sight is mesmerizing; I stand there hypnotized, a 20th-century Nero. Soon incendiary bombs begin falling around us, then also explosive. Not far away one hits; I drag the girl along and drop into the bomb crater; that will provide protection against everything except for a direct hit. The girl starts to cry: I feel only immense tension, expectation, not fear. One hears the whistling of the falling incendiaries, ending with a thud when they hit ground, and the howling of falling bombs which end in an explosion. Is that whistling going to hit? How far—if at all—will the bomb fall?

So if Mischka hadn’t taken the Karl May girl home, he would have escaped direct danger. In the diary, the girl is virtually absent from the account, mentioned only occasionally as ‘A.’ It is as if Mischka were alone, with absolute responsibility for making the right decisions.

On 13 April 1945, his first description of the fire, as seen from the heights before the bombing was renewed, is awed:

I decided to go to the tower on the hill in order to get an overview of the strategic position. But from there the sight that presented itself was even more grisly and yet more splendid: fire everywhere. Accompanied, too — in spite of the distance of c. 0.8–1 km — by the appropriate music: the cracking of burning rafters, the roar of the flames, and now and then crashes as roofs fell in. Added to that there was also a wind, which, fanned by the fire, blew into it and only increased its fury. And to round it all off, a frightened dog, having probably been scared from the house by the onslaught, arrived on the scene and began howling in long, drawn-out tones.

‘The picture was really gruesome,’ he summed up, ‘even gruesomely beautiful, but not horrifying’.

‘Mischka’s War’ is published by I.B. Tauris, priced £20. Join Sheila Fitzpatrick for a discussion of the book at the Bookshop on Friday 30 June. Book tickets here.