Uncertain Explosions: an Extract from The Dream Of My Return 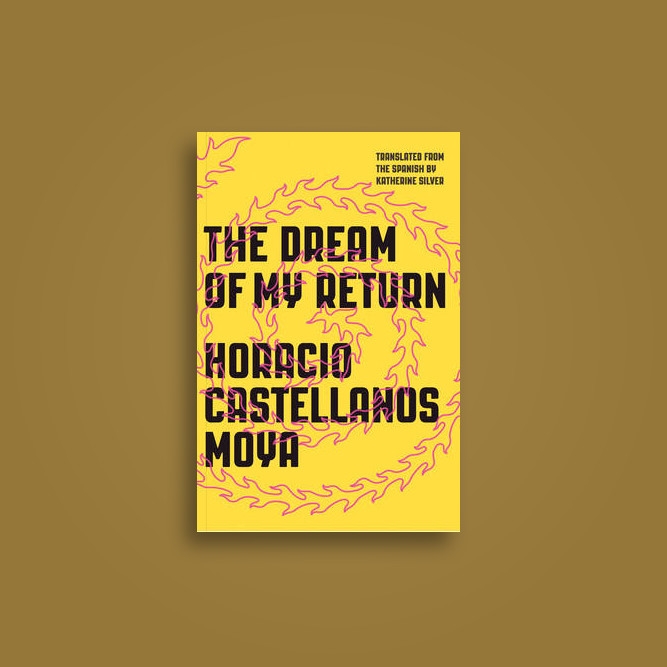 EVENT: Horacio Castellanos Moya will be in conversation at the Bookshop with Dr Rory O'Bryen on 29 June - book tickets here. Ahead of his visit, here's a brief taste of his brilliant and blistering novel, The Dream Of My Return:

I discovered that memory is unreliable when I began to digress about how I would start the story of my life if I wrote it down as Don Chente had suggested, a digression I pursued while enjoying a vodka tonic on the terrace of La Veiga the evening after that second time my doctor hypnotized me, a hypnosis session that had left me in a rather peculiar frame of mind, propitious for levity and contemplation. Until then I had been certain that my first childhood memory, the farthest back I could go, the point at which I would have to begin to tell the story of my life, was of the bomb that destroyed the façade of my maternal grandparents’ house on Primera Avenida in Comayagüela, a warning bomb detonated at dawn by the colonels who supported the liberal government against which my grandfather and his nationalist cohorts were conspiring. I would have been about three years old at the time, and my memory consists of one precise image: my grandmother Lena carrying me in her arms across the dark courtyard through the whitish dust from the destroyed wall that permeated the air. That was the image I returned to with acertain amount of pride whenever I was called upon to explain how violence had taken root in me at the very beginning of my life, though I would have to add “of my conscious life,” because violence takes root at the very first instant of each and every person’s life: it’s not for nothing that we enter this world crying and making our mothers writhe in pain, I told myself as I took another sip of my vodka tonic and asked myself when my buddy Félix, who’d promised to meet me on the terrace of La Veiga in a half hour at the most, would show up. The truth is, I suddenly found myself wondering, perhaps as a result of my peculiar and persistent mood, how this almost cinematic image had lodged itself in my memory, considering the fact that if I was in my grandmother Lena’s arms, it wouldn’t have been possible for me to see myself from the outside, to be the person standing in the hallway and watching a woman in her fifties rushing across a dark courtyard carrying a child in her arms, for that was the image that had lodged in my memory; it wouldn’t have been possible to be in my grandmother Lena’s arms and at the same time in the hallway watching the scene, I told myself with increasing stupefaction, because if I was doubting the veracity of my first memory, how unimaginably difficult it would be to slog through every incident I’d experienced in my life.