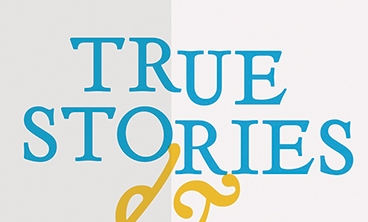 EVENT: Francis Spufford will be at the Bookshop on Wednesday 25 October to discuss his new essay collection True Stories and Other Essays with London Review of Books editor Daniel Soar. Book tickets now. Read on for an abridged extract from the collection, on the evolution of Spufford‘s writing process.

I can tell two completely different stories about how I got to the peculiar blend of the fictional and the documentary in my book Red Plenty, and both of them are true.

The first is pragmatic. My familiar tools stopped working on me. I had been a practitioner of a kind of non-fiction that used the language of experience to warm history, to make it intimate, to make it humanly satisfying in the way that biography and fiction are satisfying. My motto, if I had had such a thing, would have been Viktor Shklovsky’s famous claim (in his 1917 essay ‘Art as Technique’) that ‘The purpose of art is to impart the sensation of things as they are perceived and not as they are known.’ This seemed to me to be as applicable to ambitious non-fiction as to fiction. Writing should vivify knowledge, I thought, until it wasn’t knowledge any more but sensation. And I knew how to bring exposition to life, in this sense, starting with a process of interview, and building back towards narrative. That’s what I’d done in Backroom Boys, a book about engineering as an imaginative, almost narrative act. I and my dictaphone – this is before smartphones swallowed the function of voice recording – went to see a series of British rocket engineers, radio engineers, software engineers, genome decoders and video game designers, and they talked. They were happy to talk; in many cases I was the first person outside the profession who’d shown an interest in their technical achievements. So, when I was commissioned to write what was then a reasonably conventional piece of non-fiction about mathematical economics in the Soviet Union in the 1950s and 1960s, I set off to apply my practised method. And found that people had no desire at all to spill their guts to a stranger with a tape machine. They had all grown up in the Soviet Union, after all. Flying home from St Petersburg with my plans in disarray, I thought to myself, I wish I could just make it up! And then, Could I make it up? Or at least find out how much of the job of exposition could be handled in fiction? That’s the pragmatic story.

But I have a literary one too. Arriving at (a strange sort of) fiction was also a matter of following out a logic within my existing model of writing. I was already dissatisfied, and therefore ready for the change.

It’s not that I was disenchanted with non-fiction as such. Hybrids, built on the interesting boundary zones where things could mix, were what I was most drawn to. My first book, I May Be Some Time, was a combination cultural history and travel book; my second, The Child that Books Built, was a memoir mixed up with literary criticism and child psychology; Backroom Boys, as well as being about the minds of engineers, and therefore a piece of science writing, was also a stealth industrial history of Britain since 1945.

My motive in all of these was always to explain. But to explain by showing, by isolating a process or pattern, and giving it a visible body of narrative. You could say that my interest in anything was structured by the story I found to tell about it. I was especially attracted to cases where that was challengingly difficult to do, because the process was very abstract (or very dull), or because the story-like sense I could detect was distributed across much material, and only lightly or faintly present in each bit of it. But to bring out a story in those circumstances required a correspondingly intense commitment to selecting relevant detail, and then to separating it out from its background. Even if I aimed at the greatest possible documentary fidelity – and I did, because the point of the exercise was always to unfold something that was really there, to know more of the world as it actually is – I was still, I came to see, engaged in a kind of exaggeration. I was altering the proportions of historical scenes to allow my chosen story to dominate their foreground; at least, the foreground of those scenes as they existed in my narrative. Narrative, to resolve, requires a shape that experience may not obligingly provide. It is a structure of feeling, unfolding in time. And therefore I was selecting for feeling.

As I did so, what I wrote worked less and less clearly as argument. This became particularly apparent when I came to revise my work. You can swap out the parts of an argument, but the pieces of a structure of a feeling aren’t straightforwardly replaceable. Take one out, and you don’t have a different contention; you have the same contention, sagging. Put in a piece of a different mood, and you don’t (necessarily) have a differently mixed mosaic of data, pointing to a different conclusion; you may well have an aesthetic kludge, a moodgridlock, a blend of colours summing to a murky brown.

I was knitting together structures of feeling the reader could see, and share, which would not have been visible or palpable, quite, to any of the participants at the time. I was constructing stories that only made sense by angling the historical scenery to face outward along exactly the right sight-lines, whether or not, in the actual past, there had happened to be anyone placed at the focal point where the lines crossed, to see my artful effect. In the chapter about the beginnings of mobile phones in the UK in Backroom Boys, for example, and the engineers of the infant Vodafone radio-planning the urban and rural landscapes of Thatcher’s Britain, I had coaxed and tweaked the technical explanations of how radio planning worked to summon the vision of a wave-swept invisible ocean overhead with the familiar A-roads and Little Chefs as its sea floor; this in turn letting me bring in the magic island of The Tempest, and to support the mood when I introduced Caliban’s line ‘The isle is full of noises’ as an enchanted image for mobile chatter; this in turn putting the mobile-phone chapter of the book into unifying conversation with the opening chapter, about British rocket engineers of the 1960s launching satellites called Ariel and Prospero. Technology was deliberately blurred into magic, Shakespeare deployed as connective emotional tissue for British technology, even though the radio planners, so far as I knew, never thought in Shakespearean terms at all. (The rocket engineers did. They called the extra-fat version of one of their missiles ‘Falstaff’.)

I was still proud of how these effects worked as art, but increasingly discontented with how they worked as history. And I began to see advantages in going from an implicitly fictive process to an explicit one.

‘True Stories and Other Essays’ is published by Yale University Press, price £20. Francis Spufford will be in conversation with Daniel Soar on Wednesday 25 October. Book tickets here.