An Interview with Kayo Chingonyi 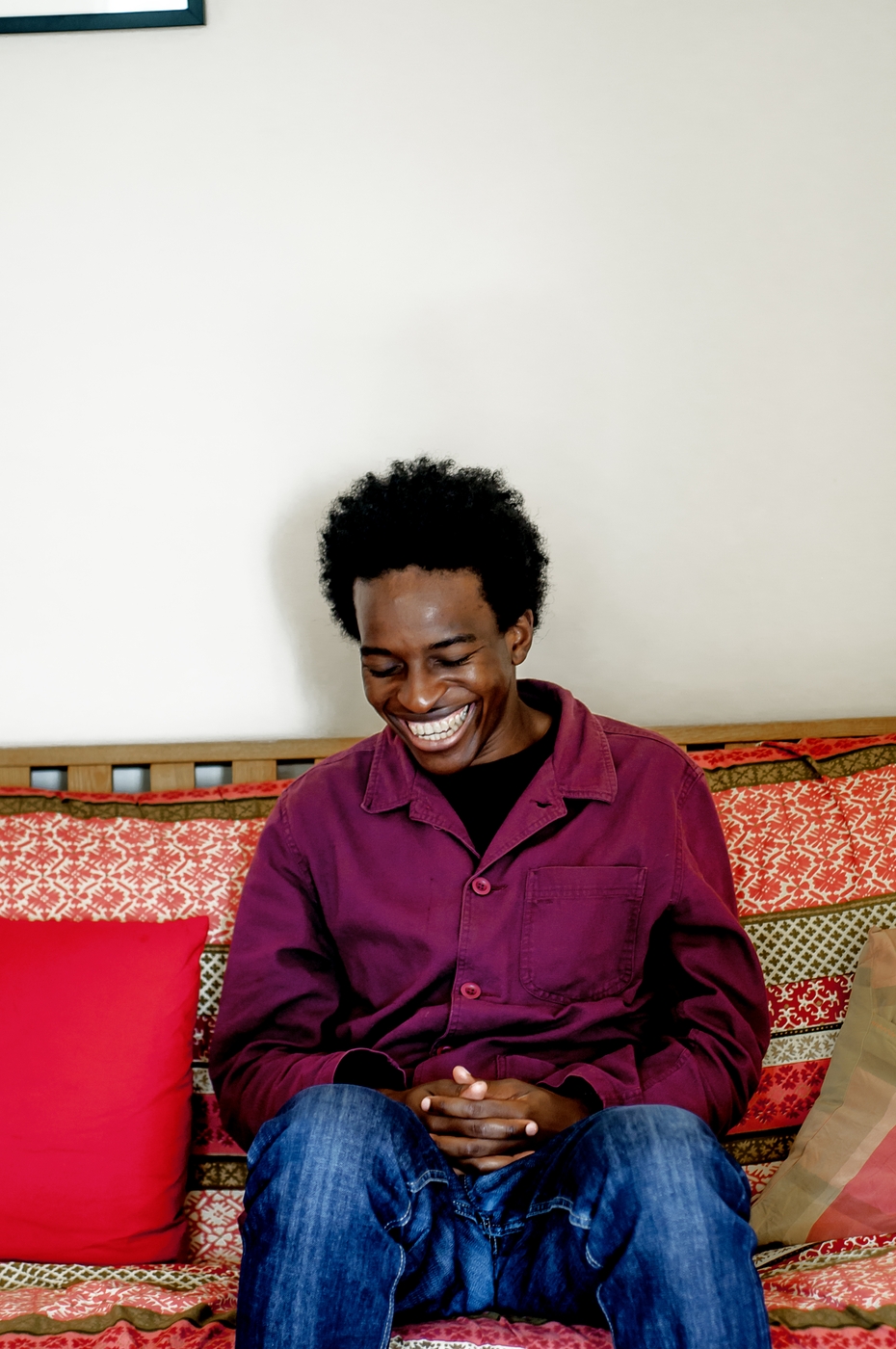 If Kayo Chingonyi doesn’t win the International Dylan Thomas Prize for his debut collection of poetry, Kumukanda, I’ll have a tantrum so big they will hear it in Swansea. Your windows will shatter, your dogs will howl, I’ll kick every bin in sight.

On Tuesday evening, in a marquee the shape of an igloo outside the British Library, the shortlisted writers read from their shortlisted works. Gwendoline Riley, Carmen Maria Machado and Kayo Chingonyi were there in person, Emily Ruskovich and Gabriel Tallent appeared via recordings, Sally Rooney was represented by her editor, Mitzi Angel. At this point, the winner had not yet been decided. The announcement will be made on Thursday 10 May.

All the writers read very well, and this is certainly a very fine shortlist. Kayo stood out for me, though, and for the people I spoke to afterwards, for his reading and his answers in the Q&A. The Euston Road, just feet away, made its presence known throughout the evening, but when Kayo read his three poems, ‘A Proud Blemish’, ‘Loch Long by Ardgartan, Argyll’ and ‘Kumukanda’ you could truly have heard a pin drop, if you weren’t busy listening intently to the poetry. During the Q&A, he spoke about using forms, references and allusions in his writing as ‘a way to be less lonely in a somewhat lonely pursuit’; how he hopes for kinship with his fellow writers, his readers, his audience.

Kayo Chingonyi was born in Zambia in 1987, and moved to the UK at the age of six. He is the author of two previous pamphlets and is a fellow of the Complete Works programme for diversity and quality in British Poetry. In 2012, he was awarded a Geoffrey Dearmer Prize, and was Associate Poet at the Institute of Contemporary Arts (ICA) in 2015. He is poetry editor for the White Review. He is also an emcee, producer and DJ. He was kind enough to answer some questions for us ahead of the prize announcement. If you would like to hear more from him, be sure to check out the podcast from his reading with Danez Smith here at the shop earlier this year.

Another day, another prestigious prize shortlist for you and your brilliant debut collection! How does it feel?

Being shortlisted for things is cool but I especially like when people talk to me about what the book means to them.

You are a busy person, I have no doubt about it. How do you find, or rather make, time to write?

Keep a notebook at hand as often as I can; schedule writing time into my day or week; participate in residencies; accept writing commissions. All of these help me keep my writing practice going.

Have your duties as an editor informed and/or altered your own work?

I am often having my notion of what a poem is challenged in a way that gives me freedom to try out stuff in my own writing. Recently I’ve been experimenting with the use of spatial punctuation rather than punctuation marks.

What was the last book you bought, and where did you buy it?

A second copy of Stranger, Baby by Emily Berry (I gave away my first) from Burley Fisher Books.

What is the last record/album you bought, and where did you buy it?

Dem Ones by Binker and Moses from Pure Vinyl, Brixton

J Dilla though sometimes for fun I drop some Dylan Thomas into a mix (I have a few of the albums he recorded for Caedmon on vinyl). Bob Dylan’s voice irritates me so...nah.

Of course your reading with Danez Smith at the London Review Bookshop was a poetry calendar highlight, and your regular White Review Poetry Salons at Burley Fisher are not to be missed - are there any other poetry nights that you would recommend to readers/writers/fans?

In London I like what Poet and The City are doing, I am also a fan of Tongue Fu, Born Free, and any event featuring members of Octavia. Events run by Apples and Snakes tend to be good and the Poetry Society’s occasional events featuring poets from out of town are great.

I have read your interview with Claudia Rankine for the White Review three times now. How was the experience, poached eggs and all? Do you prefer to interview or to be interviewed?

It was my favourite kind of interview in that we just had a conversation. There were some things I wanted to ask but other things popped up and I was asked some things as well. I like interviewing artists in particular; the process often serves to shift my understanding of their work. I am quite a shy person so being interviewed gives me a chance to get certain things across about my work; being granted that opportunity is an enormous privilege.

Almost a year since Kumukanda came out and the excitement around it is still palpable and plain to see, but what is next?

A Swedish edition of Kumukanda will be published in the autumn, I wrote a remix of a river god myth for the Bedtime Stories Podcast which will be out in June, also in June is the launch of a small ceramics exhibition at the V & A to which I contributed some writing. At the end of May I’m participating in a live edition of Mostly Lit which promises to be a vibe.

Read more about the authors shortlisted for this year's International Dylan Thomas Prize here. The winner will be announced on Thursday 10 May.