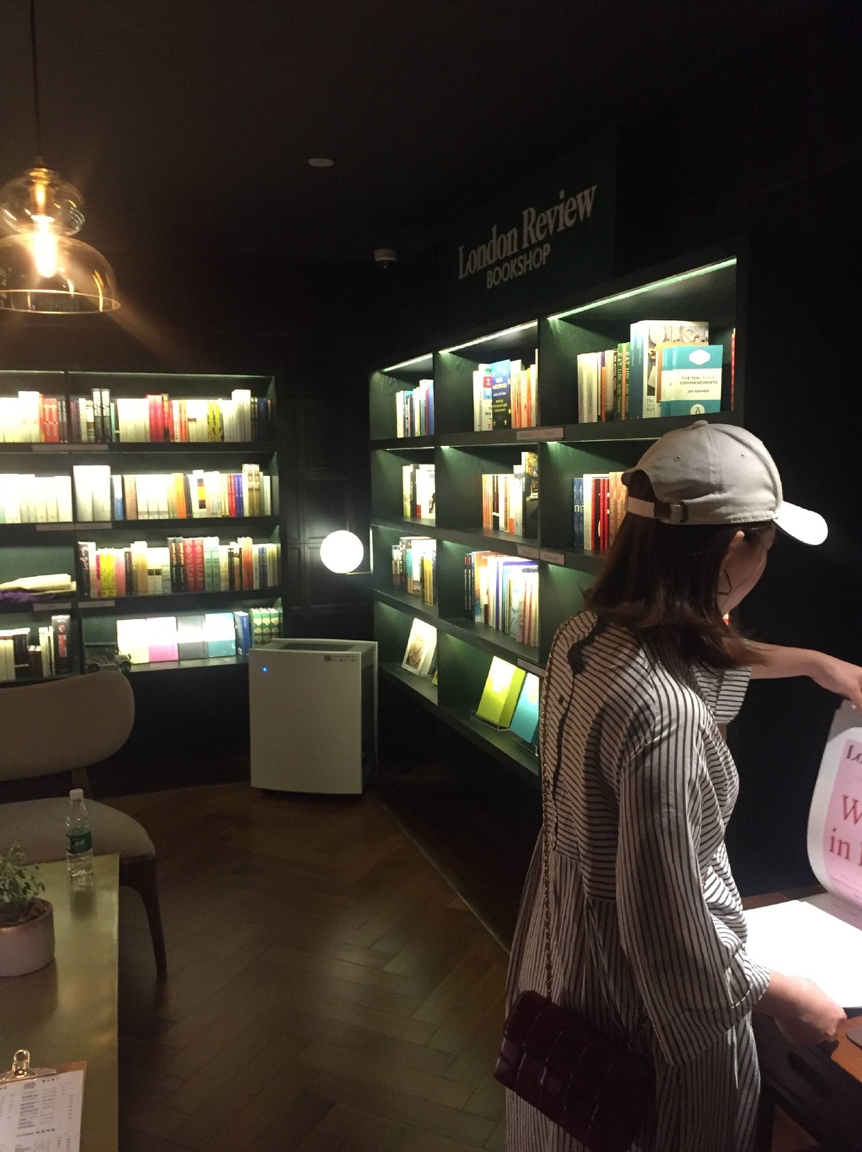 On 23 April 2018, an outpost of the London Review Bookshop opened in Shanghai. Below, Shengyun, who orchestrated the new outlet’s selection of titles, explains how this exciting idea came into being.

Sinan Books is the fruit of long-term collaboration between some of Shanghai’s shrewdest book lovers. The annual Shanghai Book Fair (which has been partnering with London Book Fair for some years now) and the Shanghai International Literary Week, which invites foreign authors to give talks to Chinese readers, both take place every August. The masterminds (more later) of SILW thought it would be good to have all-year-round book-related conversations instead of just one intensive week, once a year.

In 2014, the SINAN Reading Club came into being, hosting book talks and signings every Saturday. The SINAN Mansion provides the venue and public services (it used to be called Massenet Mansion, after the street, which was named after French composer Jules Massenet before Liberation in 1949. SINAN is the mandarin pinyin for Massenet); the SILW team arranges the authors and topic of the talk. Svetlana Alexievich, V.S. Naipaul, Peter Handke, Enrique Vila-Matas, Leïla Slimani and many others have attended the reading club, giving talks with Chinese writers and translators. SINAN Mansion even sponsored a bi-monthly literary journal to further reading culture.

Over this time, the aforementioned masterminds craved a great bookshop in downtown Shanghai (most good bookshops are in the city’s outskirts, or near a university campus). At the end of 2017, they tried a cute 20+ square meter pop-up bookshop in one of the small squares at SINAN Mansion. It ran for 60 days, with 3,000 books in stock, and every day a different writer worked as a shop assistant to serve the readers. It was a successful rehearsal for the real bookshop. It tested the architecture team, the book selection team, the reaction of the readers and, of course, book sales. With all these experiences and trials, the SINAN Mansion management team decided in January 2018 to allocate one of their best historical buildings to the bookshop, and decided that it must open on 23 April – World Book Day.

Considering the Chinese New Year holidays in between, which meant that all the construction workers returned to their hometowns for an extended period, only two months were left for preparations. The architects took most of the heat, and worked nearly around the clock ahead of opening. The book selection team was more relaxed. The western literature pundit BTR (who once opened a private library called 2666) and I were asked to select the English titles for the shop, with one requirement: no junk books allowed. I was more than happy to comply. Then we received catalogues with tens of thousands of titles, with no descriptions. I tried to choose quite a few, by means of the reputation of the authors, but I was beginning to realise how many good books by not-so-familiar writers I could be missing. Then I thought about my favourite bookshop: why not form a sisterhood with the London Review Bookshop and import directly from London? In February, I talked to the editor of the London Review of Books, Mary-Kay Wilmers, about the idea.

Here, I’ll introduce the two masterminds of the serial cultural initiatives from SILW to SINAN BOOKS. Sun Ganlu is an avant-garde novelist who took the office of Vice President of the Shanghai Writers’ Association, while Kan Ninghui, who majored in Chinese antique books, is the Vice President of Shanghai Century Publishing Group. They are both fervent readers, and have great literary taste. And most of all, they sacrificed their intellectual pride and aloofness (some freedom too), took public posts, and have engaged in on-the-ground work to promote a reading culture for Chinese people. Also, because the only legal way to import foreign books here is through Shanghai Book Traders, which is affiliated to Shanghai Century Publishing Group, it is important to have the blessing of key officials for this project.

Eager readers queueing up to get in to SINAN Books

Since its opening, the shop has received rave reviews by the media, and sales have been good. The London Review Bookshop’s green room is on the first floor, along with a maze of English books, stationery and gifts. The proportion of Chinese titles to English titles is about 6:4, and sales roughly evenly split. The LRB tote bags went extremely well and I’ve already ordered more. Today is the national holiday, Labor Day: the shop has to control the crowds and people queue to get in…