Christmas at the Cake Shop in 2018: a Caribbean Festive Dream 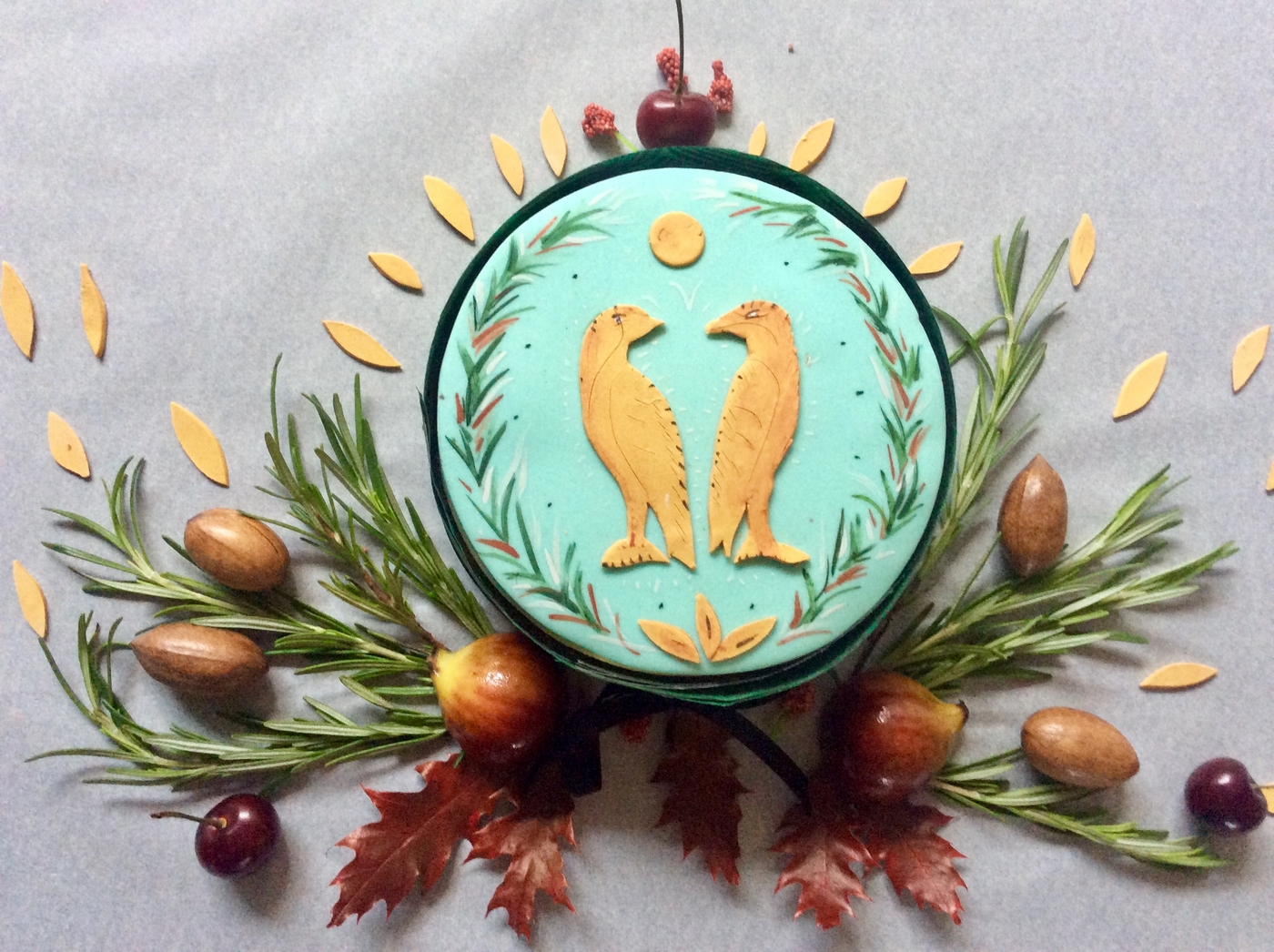 I began to dream of this cake in the summer. It was an idea that ignited during a joyous sojourn by the Caribbean Sea, cycling on my borrowed bike to visit the small farms along the Costa Rican coast where tropical fruit is grown, and which took shape as I wandered through groves of vanilla and cinnamon trees and spoke with indigenous chocolate farmers about heirloom cocoa beans. Each taste, each sip, each dip in the wild sea, added something new: a new note, a new contrast, a new depth.

It might seem strange to fantasise of winter baking while basking to the sound of the waves, feet in the sand, surrounded by ripe fruits – but those of you who know me will know I always put a good dose of midsummer sun into the Christmas cakes we offer at the Cake Shop. Maybe it’s loosely intrinsic, a little tug from my homeland, something baked into me during my childhood. But to be honest, even the most traditional Christmas cake is chock-full of a kind of equatorial heat. Think of all that dried fruit – consider the rays of the sun sucked up by each raisin. Think of the spices from all over the globe, which have accustomed the British palate to a distant tropical warmth. In the dead cold of winter, the Christmas cake in the centre of the table is a super-condensed helping of sunshine, and a reminder of international richness.

(Every year it seems I draw a little closer geographically to Trinidad and Guyana, where some of the world’s best Christmas cake bakers hail from, and to Jamaica, home of the black rum cake. It’s a pull that cannot be ignored – a kind of long-awaited baking destiny. Let’s see if in 2019 this prophecy will be fulfilled.)

Back, however, to the present. This particular cake is a drawing together of flavours new and flavours familiar: flavours which became newly evocative for me this summer seeing the ingredients grown at their source. Cocoa nibs, roasted hazelnut, tea-soaked ginger, prunes and raisins, drawn together with a little cocoa powder and spiced with Jamaican cinnamon leaves, pimento, creole bitters and salt tinged with orange oil. The hand-painted design on top of the cake features a pair of moon-gazing golden eagles, ringed with a rosemary wreath: a nod to the growing cycles of the year, and the ebb and flow of the tides which wash from the UK to other shores. (Rosemary, on a practical note, is a good herb to be brewed as a tea in the winter months – a reminder of small ways to take care of ourselves at this time of year.)