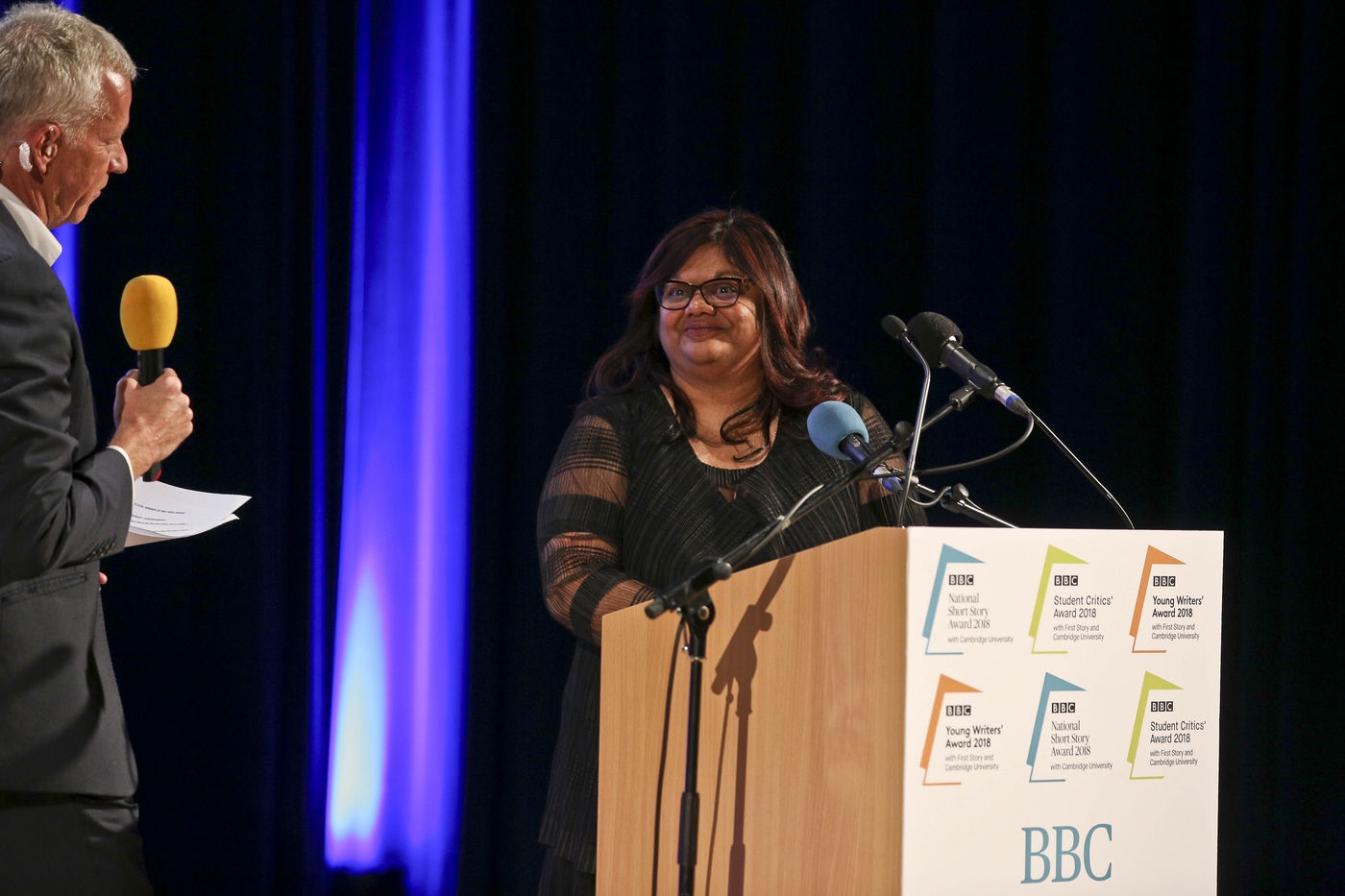 The thirteenth BBC National Short Story Award with Cambridge University has been awarded to Trinidadian writer and winner of the 2017 Commonwealth Short Story Prize Ingrid Persaud for ‘The Sweet Sop’, about a young Trinidadian man reunited with his absent father via the power of chocolate. Below, Ingrid answers a few brief questions for us on working with short stories, coming to writing later in life, and the rich tradition of Caribbean literature.

‘The Sweet Sop’ is your first short story. What do you most like about working in the form? And is it one you think you’ll come back to?

I found the constraints of the short story liberating. Once I’d learned to work within the parameters it sets out, regarding length and a necessary precision of language, I was free to do whatever I liked. I have had a couple other short stories published since, and each has been an experiment with form and content. Hopefully that experimentation will continue for a long time.

Publishing has a tendency to worship youth, with prizes and lists galore for writers under a certain age. You’ve come to writing somewhat later in life; have you found it more difficult for you to get your voice heard? And what have been the advantages for you of that later start?

It is always hard for a new voice to get heard above the thousands of others. Prizes change that. Winning the Commonwealth Short Story Prize 2017 and now the BBC Short Story Award has literally opened doors overnight. To limit awards and prizes to the under 30s or under 40s might be a great marketing tactic, but it is misplaced. Writing is one of the few professions where starting later, after you have been humbled by life, can mean you are immediately writing with more depth and courage.

Leemore Marrett Junior’s BBC reading of the ‘The Sweet Sop’ is fantastic, but even on the page Victor’s voice just sings: ‘It was my auntie’s mouth that opened and made the story jump out’. Did the voice arrive fully formed for you, or did it take some effort to get it ‘just right’?

Trini dialect always sings with creativity, so it wasn’t hard to conceive Victor’s voice. But to ensure authenticity took time – as it should. For example, would Victor say “after one time is two” or “after one time is another”? I had some fierce debates with friends over this sort of detail. All languages have gate keepers and Trini dialect is no different. I was constantly checking words and phrases in Lise Winer’s enormous Dictionary of the English/Creole of Trinidad.

Which short-story writers have inspired you? Any overlooked gems you feel should be better known?

My love of short stories started with the wonderful work of Caribbean writers such as Sam Selvon, V.S. Naipaul and Michael Anthony. The West Indian tradition of taking the short story seriously continues in the work of writers such as Olive Senior and Jamaica Kincaid. I also read and reread William Trevor’s work and can never get enough of George Saunders. If you haven’t read Sam Selvon’s The Lonely Londoners, you are missing out.

Ingrid Persaud is the winner of the 2018 BBC National Short Story Award. Her story was read on BBC Radio 4 on Thursday 20 September; you can listen to it here. All of the shortlisted stories are available in an anthology published by Comma Press, out now.