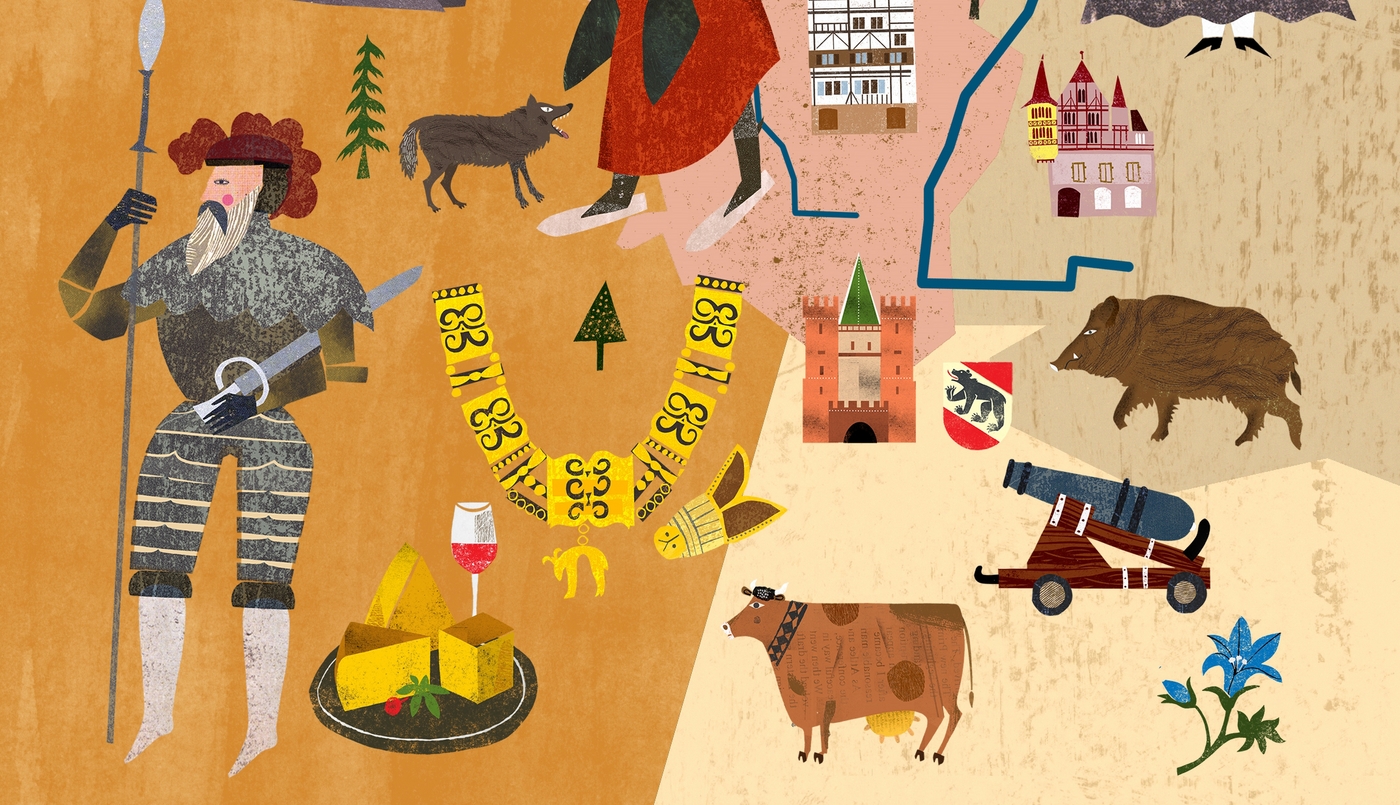 Your style of writing history, mixing it with personal recollections of travel, and various encounters with people both living and dead, is decidedly distinctive. Do you have a particular model for this, or did you invent a genre entirely by yourself for the trilogy?

I made it up as I went along really, owing to a short attention span, and young and frantic family and overwork (I’m an editor at Penguin). I liked writing each book completely out of sequence, patching each section together at the point when I felt it was ready. My heroes are the 17th century English prose writers Aubrey, Burton and above all Sir Thomas Browne and I liked the idea of writing in their ambling, obsessive but readily distracted style!

Germania and Danubia are relatively interpretable. But what and where was Lotharingia? And why has it been erased from history?

Lotharingia (Lothringen in German or Lorraine in French) was the ancient historical name for the vast chunk of land from the Netherlands and Belgium through the Rhineland to Alsace-Lorraine and Switzerland. It was ‘the lands of Lothar’, one of Charlemagne’s great-grandsons. The book argues that while it disappeared as a specific place after a couple of generations its legacy (a great split through Western Europe) has lasted until the present.

What is it that makes a country remembered? Was there a strong national movement in Lotharingia – did anyone think of themselves as Lotharingian?

Lotharingia created some incredibly stubborn nationalisms within its borders – the Dutch in the north and the Swiss in the south have been giant-killers. One of my arguments is that the diversity and tolerance which sometimes emerges in Europe is largely because of these micro-places and the ease with which dissidents have been able to slip across borders and find protection when they could have found death or disgrace if they had stayed.

The area of Europe that once comprised Lotharingia has been the site of most of the continent’s most bitter territorial battles. What do you think has made this highly diverse area so hotly contested?

The book has the conceit of each great European capital city being represented as an acquisitive and sometimes malevolent eye staring at Lotharingia and wanting to own or control it, or deny it to others. At different times London, Paris, Berlin, Madrid and Vienna have had these roles. And yet, Europe being Europe, a strange and invisible correction mechanism always kicks in to ensure that even Louis XIV or Napoleon or Wilhelm II or Hitler cannot rule it except very temporarily.

You’re quite strict about stopping at what is now the Italian border. Have you ambitions to venture further south? I’d love to read what you think about Spain and Portugal, for instance.

Oh dear – my current plan is to do a book about the Alps in the same style, as so much goes on around and in the mountains and it would force me to learn a lot more about Italian history – particularly Savoy and its key role in Europe. I can’t quite tell though whether I am being honest with myself or just want to spend some time pretending to research there for a bit! I loved Sue Prideaux’s life of Nietzsche so was thinking of going to Sils-Maria to enjoy the site of his greatest inspiration. Spain and Portugal are too harsh and too relentlessly Catholic for me! I did spend some time wanting to write a book about Borneo as its size and intricacy and grandeur seemed a great subject – but this was defeated by slowly realising that the material on Borneo in English was too limited and I could not write it without properly learning Malay and Dutch which, given how many other languages I had failed to learn, seemed to be an objective which exhibited a near farcical lack of self-knowledge.

Finally, somewhat like Germania before unification, even more like the empire you call Danubia, Lotharingia was a multilingual, multi-ethnic entity. Do you think its creation, persistence and eventual demise have anything to tell us about the current state of the European Union?

I think that the European Union is itself a Lotharingian invention. The six original states—Belgium, Luxembourg, Germany, France, the Netherlands and Italy (the last a bit semi-detached) were all part of the original Lotharingia and the EU’s key cities – Brussels, Strasbourg, Aachen – are all Lotharingian. I end the book (with a flourish!) pointing out that the logic of the world wars had to be that further fighting in and about the region was intolerable and that pooled sovereignty was an obvious and intelligent way to achieve this.

A sub-theme in the book is the English/British tendency to rat on its European neighbours at irregular intervals, so our leaving the EU has many antecedents. In the past though we tended to have a plan B, like invading India or settling North America, which we rather seem to lack now.

‘Lotharingia’ is published by Cape, priced £16.99. Simon Winder will discuss the book with Adam Phillips at the Bookshop on Tuesday 16 April. Book tickets here.