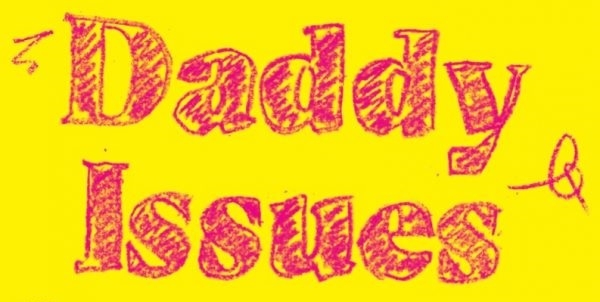 EVENT: on Wednesday 24 July Katherine Angel will be at the shop to discuss Daddy Issues, her new essay, out now from Peninsula Press. She'll be in conversation with novelist Sarah Moss, whose acclaimed novel Ghost Wall is one of the key texts featured in Daddy Issues. Book tickets here.

Find out more about the books that informed Angel's essay below.

I'd been thinking about fathers, feminism, and daughters for a long time, but it was Sophie Mackintosh's The Water Cure that was the catalyst for my desire to write about daddy issues. Her novel got me thinking about what happens when the father disappears, or when he is rejected—a question reverberating in my head when the #MeToo hashtag became so prominent in the wake of the Weinstein story.

Around this time, I found myself puzzled by the fact that while discussion abounded about the behaviour of men in the workplace, in the public realm, relatively little of that conversation dwelt on the fact that many of the men outed as harassers or abusers were also fathers, living out their notions of power and gender in the crucible of the private family. I read Sarah Moss's Ghost Wall at just the right moment, when I was thinking about how the tyrannies that can take hold in the private realm ripple out into, and can form the template for, abuses in the wider world. This is something that Virginia Woolf was thinking about a hundred years ago in Three Guineas: is society molded in the shape of the private, autocratic father? It seems so.

And Sharon Olds might agree; many of her extraordinary poems dissect the forms of absolute power a father can wield, to the detriment of the entire family fabric. Reading her poems, I sometimes felt a rage that catapulted me back to a much-loved book: Valerie Solanas's SCUM Manifesto, a deadly serious yet thrilling and sometimes darkly comic tract mocking our attachment to the Daddy, who in her writing becomes ridiculous.

Rage and contempt, however, often come from disappointment, and Bechdel's Are You My Mother, the slightly less well-known sequel to her Fun Home, is a beautiful exploration of what we might want and need in being parented, and how the ways we are parented echo down the generations beyond us. Bechdel features Winnicott prominently in her graphic memoir, and in writing Daddy Issues I was very glad to have Adam Phillips's terrific book on Winnicott as a guide. Phillips' first is strikingly different from the more meditative and clinically-based works that came after, and made his name. But it is a perfect piece of writing, and bursts with a compact insight into the British analyst's unique, empathetic, and profound writings on infants, mothers, the self, and creativity.

Psychoanalysis has dominated thinking about fathers (killing the father, wanting the mother); part of what Winnicott did was to reinstate the importance of mothers in thinking about parenting and development. It's curious, then, that in writing a book on fathers I was so affected by psychoanalytic writing on mothers. In her brilliant and somewhat overlooked Bonds of Love, Jessica Benjamin underscores that the way psychoanalysis has often understood fathers is as the route out of the infant's dependency on the mother; the father 'of liberation' versus the 'mother of dependence'. This, she argues, assumes that masculinity is what must save us from femininity. Psychoanalysis, like most of us, has definitely had daddy issues.

Daddy Issues is published by Peninsula Press, priced at £6.