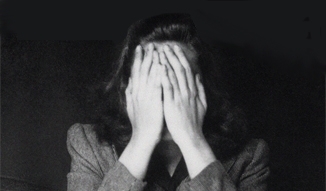 Our Author of the Month for May is the novelist, short story writer and essayist Clarice Lispector. Born in Ukraine in 1920, Lispector, displaced with her family by the turmoil of the Russian Civil War and its aftermath, grew up in Brazil, and became one of that country’s most celebrated writers. In this extract from Benjamin Moser’s biography of Lispector, ‘Why This World’, Lispector passes a few months on the English Riviera, sowing the seeds for a later interest in Hercule Poirot.

On September 8, 1949, a few days after The Besieged City appeared, Maury [Lispector’s husband] received news of his next posting: Torquay, a Devon resort where the third round of the General Agreement on Tariffs and Trade was set to begin. Unlike his posting in Bern, which had lasted several years, the mission to Torquay was only a matter of six months, which for Clarice would mean more of a long holiday and less of an interminable prison sentence. And they would not have to leave immediately; they would remain in Rio for another year, until the end of September 1950.

While she was home, Clarice sketched out some stories and dabbled in journalism, but most of her time was taken up with her family and her new baby. She renewed her acquaintance with old friends, including Paulo Mendes Campos, who came to the apartment to interview her for the Diário Carioca. When he arrived, he found Pedro, “fat and happy,” being transported from the bath to his bed. Clarice told Mendes Campos that maternity had taught her that “her voice was raspier, her gestures more brusque” than she had previously believed, and because her journalism, and presumably motherhood, was keeping her busy, she hadn’t started thinking about another novel.

That would have to wait until her arrival on the English Riviera, when the young family settled into one of the picturesque town’s many hotels. The owners of these hotels had a reputation for snobbishness and intransigence later immortalized in the Monty Python spinoff Fawlty Towers. Like the hotels, not everything in the little beach town was as charming as it seemed. Agatha Christie was born there in 1890 and set many of her murder mysteries in the area, including her famous Ten Little Indians, also known as And Then There Were None. (Clarice Lispector would later translate Hercule Poirot’s final case into Portuguese. She once said, “My ideal would be to write something that at least in the title recalled Agatha Christie.”)

With diplomats from thirty-eight countries streaming into town for the conference, Torquay’s hospitality industry was presumably on its best behavior. Clarice’s letters, at any rate, make no mention of any problems. She rather enjoyed England. “This here is a typical small town, with a whiff of Bern. If we weren’t going to be here for such a short time, it would be unendurable. Everyone is more or less ugly, wearing horrible hats, and with horrible clothes in the shop windows . . . but though Torquay is boring I like England. The lack of sun, certain beaches with dark rocks, the lack of beauty—it all moves me much more than the beauty of Switzerland. Speaking of which, I hate it more and more. I hope never to return.”

She and Maury found time to visit Kents Cavern, a cave system near Torquay that has been inhabited by man for around forty thousand years (and that put in an appearance in Agatha Christie’s The Man in the Brown Suit). The outing gave Clarice a certain perspective. “It was very nice. Though it causes a certain affliction. I left there determined not to worry about little things, since there were so very many years behind me. But when I got back to the hotel I realized that it was no use—prehistory has nothing to do with me, Pedro’s food is more important.”

‘Why This World’ is published by Penguin, price £12.99. Clarice Lispector is our Author of the Month in May 2019; browse a selection of her work here.