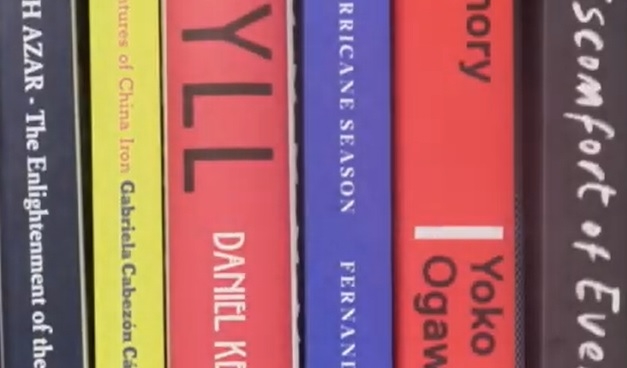 Over the past two weeks I have jumped from one book to another trying to find some semblance of focus and meaning in the words. Nothing has as yet captured my attention, but after a colleague sent the link to the digital announcement of the shortlist I find myself on a stronger path. The announcement led by Ted Hodgkinson was a moving message of solidarity reflected in the world of books; six titles, six languages, six authors, six translators and six indie publishers sharing their work.

Out of the six title list, I started reading last night (I'm only a couple of paragraphs in really) Hurricane Season by Mexican author Fernanda Melchor, translated from Spanish by Sophie Hughes (Fitzcarraldo Editions), this title has been doing in the rounds in the bookshop for some weeks to high praise from several of the booksellers. And hearing the judges describe the rest of the titles I feel compelled to read them all, but my next will be The Adventures of China Iron by Gabriela Cabezón Cámara, translated from Spanish, by Iona Macintyre and Fiona Mackintosh (Charco). And as soon as I can get my hands on a copy of Tyll by Daniel Kehlmann, translated by Ross Benjamin from German (Quercus) I will indulge in what has been described as picaresque.