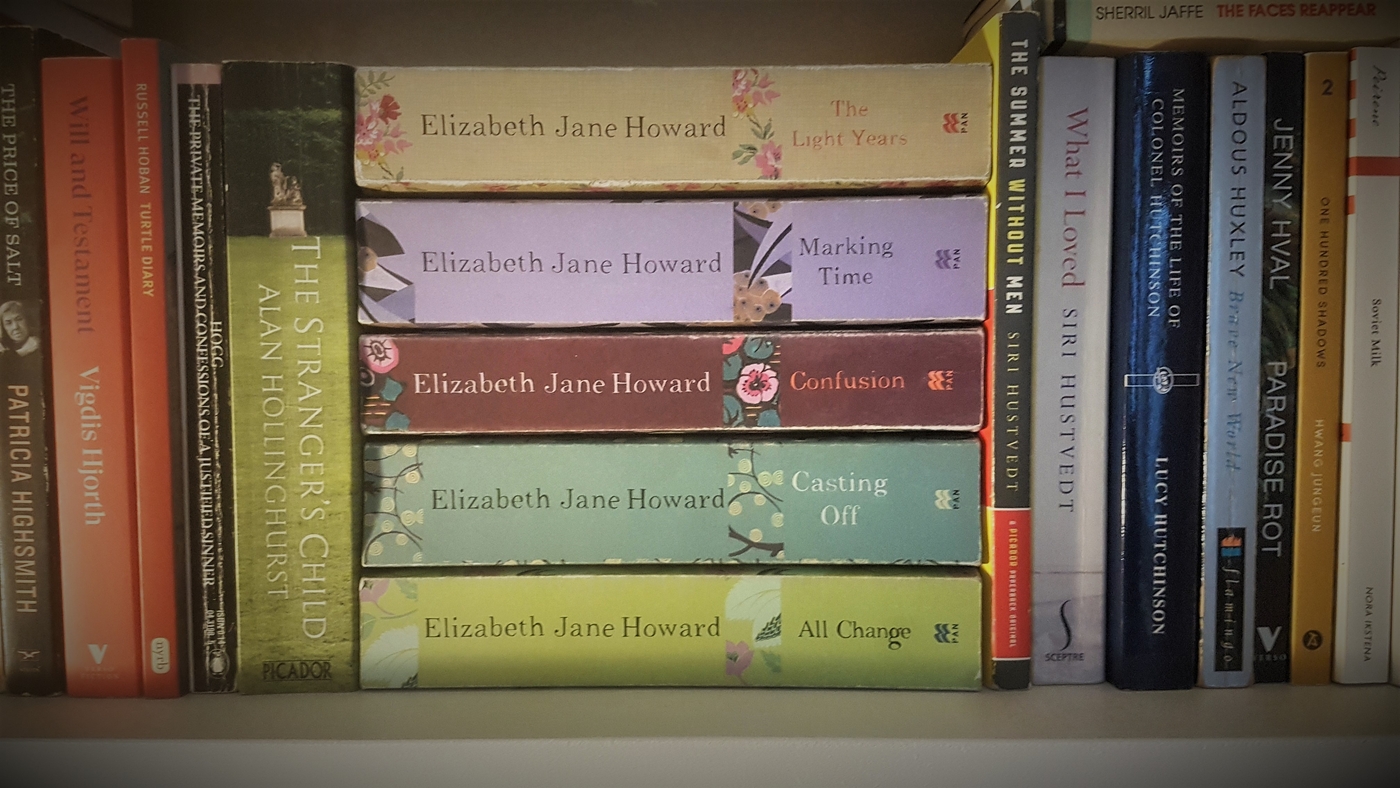 Before the shop closed on Monday, I panic bought all six volumes of Anthony Trollope’s Chronicles of Barsetshire for my isolation reading. I’ve so far read one (1) page of The Warden, so I can’t yet say whether this was a good idea or not.

A hefty multi-volume chronicle that I can personally and sincerely recommend as a great idea for the coming weeks, though, is Elizabeth Jane Howard’s Cazalet Chronicles. Beginning with The Light Years, the five volume series follows the lives of the Cazalet family, their friends and neighbours, and their servants, starting in 1937 as the storm clouds of war begin to gather, and proceeding through two decades of births, deaths, marriages, affairs, abortions, divorces and any other major or minor life event you care to name.

It will break your heart several times over, but it’s also full of joy. The Cazalet children in particular are a real treat: I’m rarely, if ever, a fan of child protagonists, but Elizabeth Jane Howard is expert at creating believable – and likeable – children with inner lives as complex as any of the adults.

My final argument for Cazalet consumption during your confinement: the food. While you’re eating your way through all that pasta you stockpiled, imagine yourself in more delicious times with any one of Mrs. Cripps’, the cook’s, casual country house meals:

Mrs Cripps spent the morning plucking and drawing two brace of pheasant for dinner; she also minced the remains of the sirloin of beef for cottage pie, made a Madeira cake, three dozen damson tartlets, two pints of egg custard, two rice puddings, two pints of bread sauce, a prune mould and two pints of batter for the kitchen lunch of Toad-in-the-Hole, two lemon meringue pies, and fifteen stuffed baked apples for the dining-room lunch. She also oversaw the cooking of mountainous quantities of vegetables - the potatoes for the cottage pie, the cabbage to go with the Toad, the carrots, French beans, spinach and a pair of grotesque marrows, grown to an outlandish size by McAlpine, who won first prize every year for his marrows. They were, as Rupert had once remarked to Rachel, the vegetable equivalent of the rudest seaside postcards - not an idea that would have occurred to Mrs Cripps.

Enjoy! I’m off to make two pints of custard.