Poem of the Week: ‘As Though to an Old Friend (i)’ by Alex Wong 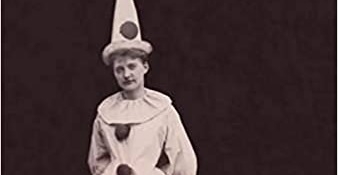 Over the next few weeks, we'll be using this blog to highlight poems by poets whose upcoming collections we're excited about; and as today is National Poetry Day it seemed a good day to kick things off. Our first poem is by Alex Wong, whose debut collection Poems Without Irony (Carcanet) is mindblowingly good, and whose edition of Walter Pater's Selected Essays was reviewed in a recent number of the LRB.

As Though to an Old Friend (I)

Given to confidence
by some chance recollection—
As though you were not the stranger
you would have come to be,—
I return at times to the feeling I could reach you,
Turning, by a quick remark
or legible expression,—
Without the calculating hesitancy
Owed to you now. To think of the remote
Discarnate citadel of Machu Picchu

Prosaically replete
with human life, supplied
With water, sprung from somewhere,
plenty of food, and what
The merchants brought to market by now-lost bridges
Over the terraces hunching
up to the rampart’s side
By routes that only scholarship now can plot
(Tracing remains that do not quite belong,
Which call for explanations—dim conjectures),—

Is easier than to think
of our association—
Outlying now, but once
(who’s going say I’m wrong?)
Filled with the surplus of paired energies,—
As other than the far
secluded fortification,
The inaccessible thing it seems, among
The insignificant hills, when habit wakes
To an active memory’s hacking at dark trees.

Where are the roads that then
joined to our territory
The rest of the world? Beneath,
far down, a river’s snake
Changes its skin continually—bent near,
But passing, never touching,
and in no evident hurry.
Are they choked only by time, or barred by mistake,
Those old ways in from, out to, other life,
That might lead even by devious ways to here?

Though crumbling now, the walls
are ever more fast secured.
Lethargic tangles mask
the entries. I have no knife
Serviceable. I am like you, displaced;
And I scan the panoramas
captured from onboard
Drones that my sceptical memory must contrive.
And there it is: imperviously immured,
Unnecessarily, in a romantic waste.