We Recommend: Bohumil Hrabal and All My Cats 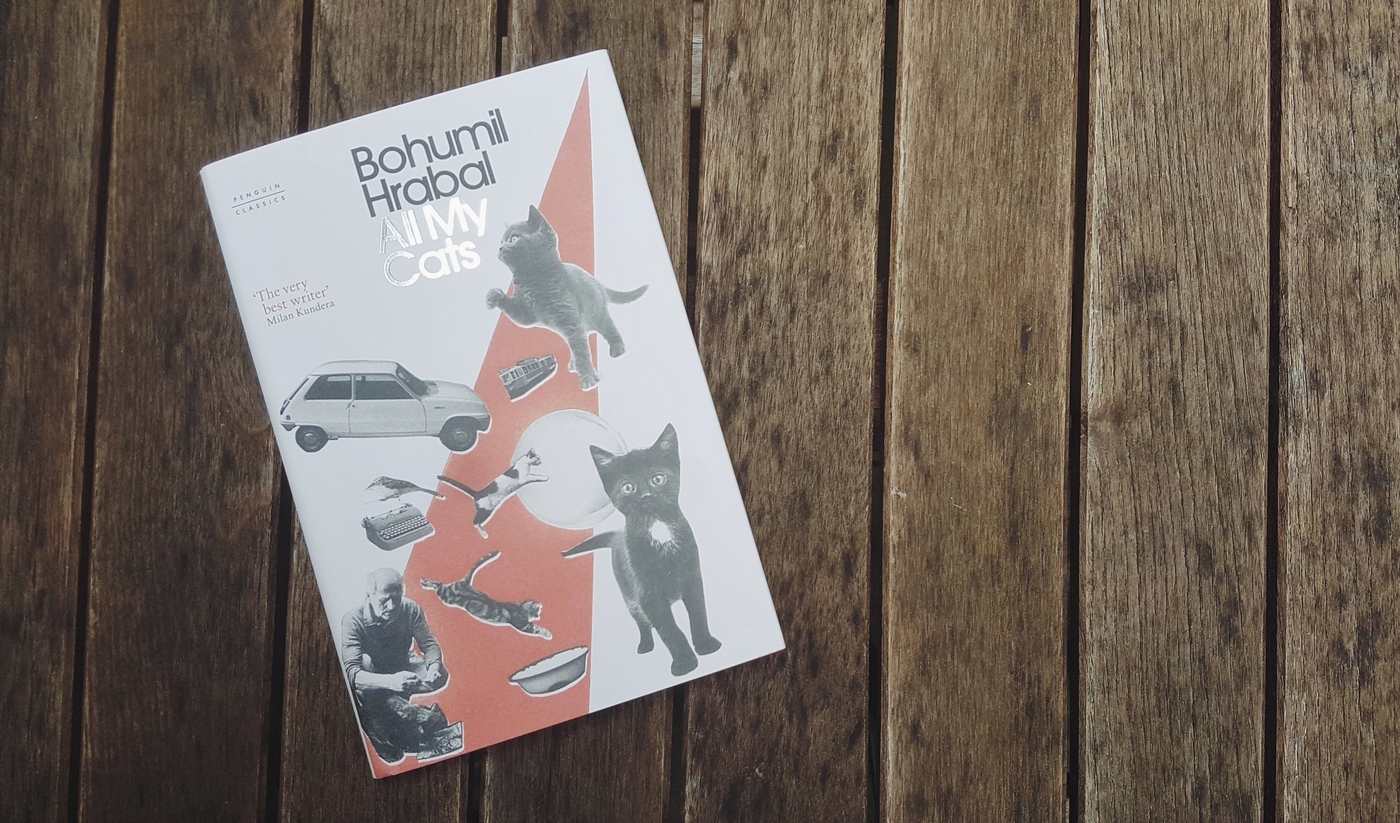 The cover of the Penguin Classics translation (by Paul Wilson) of Bohumil Hrabal's confessional novel All My Cats shows off four leaping, pawing kittens. The collage is interrupted by a red stripe that I took to be the shadow of the Soviet Union (a backdrop for so much of his work); I did not expect it to be a reference to murder. The novel is set in my idea of rural paradise: a cabin bordered by a stream, visited by a travelling fortune teller and cats. And it starts with the best cat writing I have ever read, describing their habits and headcocks that appeal, until they don't. A cat dies. This all happens in the first few pages. What follows is an astonishing love story between the protagonist, Hrabal himself, and the stray cats that welcome themselves into his home, or is it theirs.